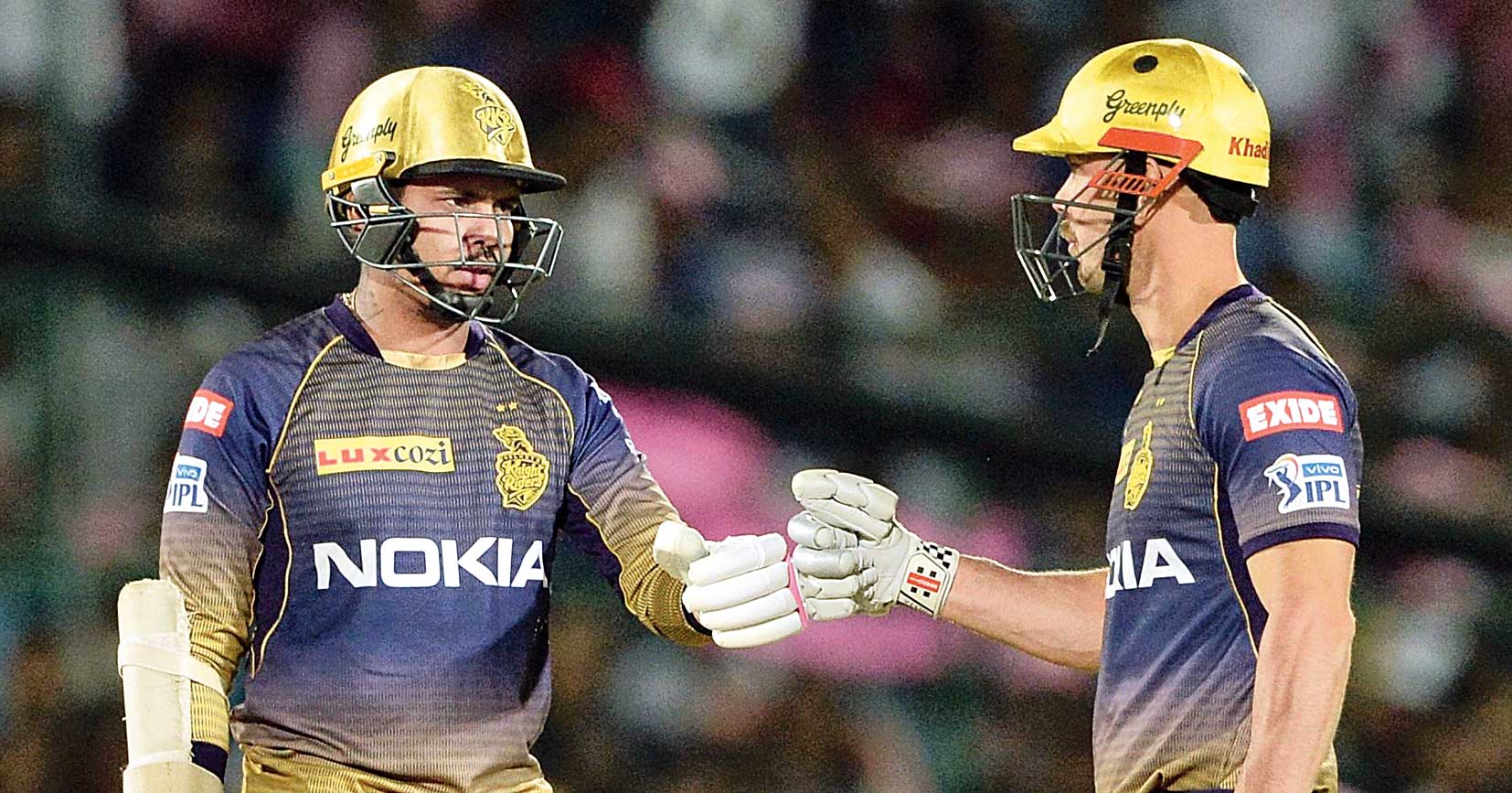 Four wins from five games is a pretty impressive way to start a tournament and the Kolkata Knight Riders have done exactly that.

On Sunday, they picked up their fourth win of IPL XII when they outplayed the Rajasthan Royals by eight wickets in Jaipur. The win also took the Knight Riders to the top of the points table.

The Chennai Super Kings also have the same number of points as the Knight Riders — 8 — but Dinesh Karthik’s team has a better net run rate.

The Knight Riders will also be happy that they won without any significant contribution from the red-hot Andre Russell. The Caribbean all-rounder has been in smashing form this season and had played a key role in all of the Knight Riders’ victories before Sunday’s match.

First, Russell was not needed as a bowler as his teammates did a splendid job in restricting the Royals at their own den to just 139 for three in 20 overs. Harry Gurney was the top bowler for the visitors picking up two wickets conceding just 25 runs in his four overs.

Then Russell, the batsman, was not required as openers Sunil Narine (47) and Chris Lynn (50) posted a 91-run partnership to take the Knight Riders closer to victory. The remaining runs were scored by Robin Uthappa and Shubman Gill.

After such an all-round performance, it was no surprise to find a very happy captain Karthik at the post-match presentation ceremony. Karthik called it a “clinical performance” from the Knight Riders.

“It was a pretty clinical effort from us, the bowlers bowled well and the batsmen backed it up well too,” Karthik said.

Asked about the nature of the wicket at the Swai Man Singh Stadium in Jaipur, Karthik said it is all about adapting to various surfaces. While the Royals batsmen struggled to score runs on Sunday, the Knight Riders batters looked at ease.

“In India you get to play on a lot of slow surfaces and you need to adapt to them. We need to improve in a few situations, but that’s always the case,” he said.

Karthik was also all praise for Man of the Match Gurney. “Well Harry is a true professional, he’s played in leagues all over the world.”

England pacer Gurney, who made his IPL debut on Sunday, said the pitch suited his style of bowling.

“It was a pitch that suited my cutter options, so a nice one to make my debut on. I work hard on my variations and on my yorker and it is nice to have them in tough situations, although I didn’t use them much tonight.”

The 32-year-old Gurney also revealed that he is working on a knuckle ball, though he doesn’t expect to use it in the IPL.

“I am working on a knuckle ball, but I don’t think it’ll be ready during the IPL, maybe somewhere in the English summer,” the Englishman said.

Lynn too was happy with his batting effort, though he admitted that he was lucky to have survived when a delivery from Dhawal Kulkarni kissed the stumps but the bails were not dislodged.

“I rode my luck again. But we knew we had to go hard in the Powerplay. It slowed up as the innings progressed. It was a nice Powerplay and we were in cruise control after that.

“I nicked it, so I thought I was gone one way or the other. It happens in T20 cricket.”

Prasing his opening partner Narine, Lynn said: “Unbelievable batting from Narine. He has done it for a couple of years now. We don’t talk too much, just keep it simple. I am traditionally a slow starter. It is a long tournament, we are building nicely with important wins.”