He shows all his skill and class to weather an early storm from the bowlers, and wrestle away the initiative along with the Shan Masood 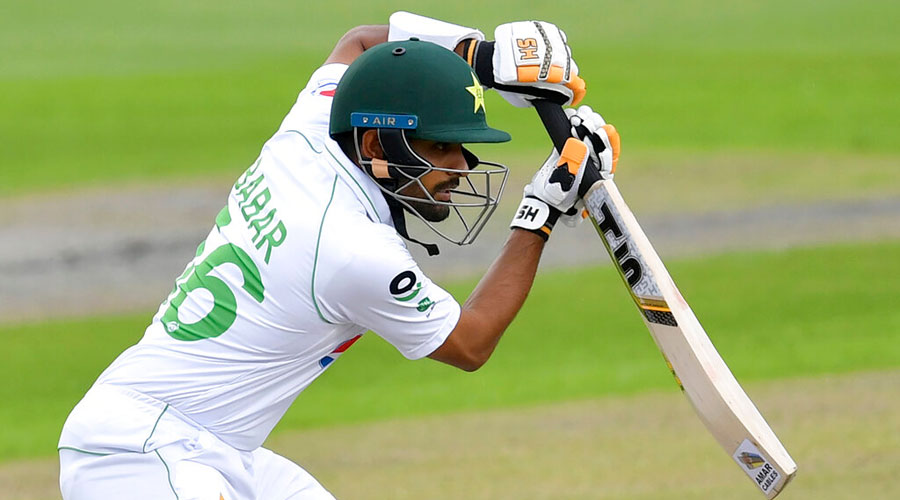 Babar Azam bats during the first day of the Test between England and Pakistan at Old Trafford in Manchester on Wednesday.
AP
Agencies   |   Manchester   |   Published 06.08.20, 02:52 AM

Babar Azam struck a fluent unbeaten half-century as Pakistan closed a rain-shortened opening day of the first Test against England on 139 for two on Wednesday.

Babar (69 batting) showed all his skill and class to weather an early storm from the England bowlers, and wrestle away the initiative along with the more sedate opener Shan Masood (batting on 46).

England were superb before lunch, heading into the interval with Pakistan on 53 for two, but wayward and tepid after the break as the visitors added 68 runs in 16.1 overs before rain brought an early tea.

The players came back late in the day for 7.5 overs, but bad light meant England had to bowl spinners Dom Bess and part-timer Joe Root, and Pakistan were able to see them off comfortably.

The ICC announced the ongoing series as the first in Test cricket where the TV umpire, and not on-field officials, would call front foot no-balls. It added that the front foot no-ball technology will be assessed before any decisions are taken regarding its use in future games.