Chasing a record 506 for an improbable win, Pakistan’s best bet was to bat out the final day 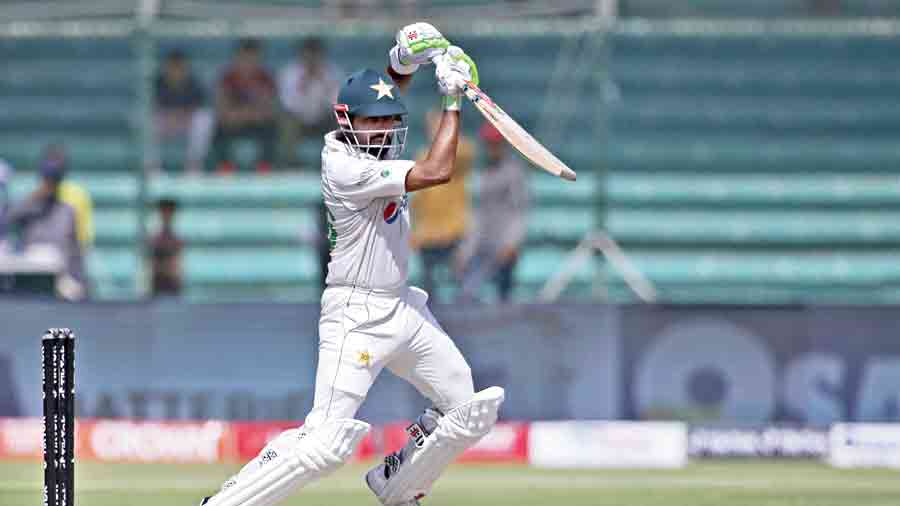 Test cricket got a massive advertisement, that too on a pitch derided as being a “highway”, as Pakistan, riding on the back of a masterful innings from their skipper Babar Azam produced under immense pressure, snatched an improbable draw from the jaws of defeat in the second Test against Australia here on Wednesday.

Babar’s majestic innings of 196 and wicketkeeper-batsman Mohammad Rizwan’s unbeaten 104 paved the way for Pakistan to stave off defeat on the final day after Australia had declared twice.

Chasing a record 506 for an improbable win, Pakistan’s best bet was to bat out the final day. Babar led by example as they finished on 443/7, the sixth highest fourth innings total of all time.

Pakistan looked on track to at least get a draw with Babar and Rizwan at the crease, but when the captain departed after edging a Nathan Lyon delivery onto his pad and popping up into Marnus Labuschagne’s hands, the Test was turned on its head.

The momentum then swung firmly in Australia’s way when Lyon dismissed Faheem Ashraf with the next ball to send him out for a golden duck, as Pakistan crashed from 392/4 to 392/6.

Sajid Khan was the next to go for 9, leaving Pakistan at 414/7 and staring at the possibility of losing the Test.

But Rizwan and Nauman Ali refused to surrender, though Rizwan was given a life when he was dropped by Usman Khawaja with just three overs to spare and before he had scored the second century of his career.

Babar’s knock, which included 21 fours and a six, will be an inspiration for his team heading into the third and final Test in Lahore on Monday. He also made history by surpassing Michael Atherton’s 185 not out to break the record for the highest score by a captain in the fourth innings of a Test.

It was been nothing short of a Herculean effort from Babar, who faced 425 balls in his 10-hour vigil in the middle. “The plan was to bat session-by-session and build partnerships,” the Pakistan captain, who was adjudged player-of-the-match, said at the presentation ceremony. “It was a team effort, as others chipped in too.

“We tried to be positive and play our shots. The team needed this knock, so I tried to bat for as long as I could.”

The hosts were on the back foot after folding for 148 in reply to Australia’s massive first innings total of 556/9 at the National Stadium. The record victory target was never within Pakistan’s reach but Babar’s marathon 228-run partnership with opener Abdullah Shafique (96) kept them afloat in the contest.

“I’m just really proud of the efforts,” captain Pat Cummins said after Australia were stranded three wickets away from victory.

“The way we batted was fantastic, the way we hunted we took those wickets on day three with reverse swing, that was brilliant as well.”

The opening Test in Rawalpindi had also ended in a draw.