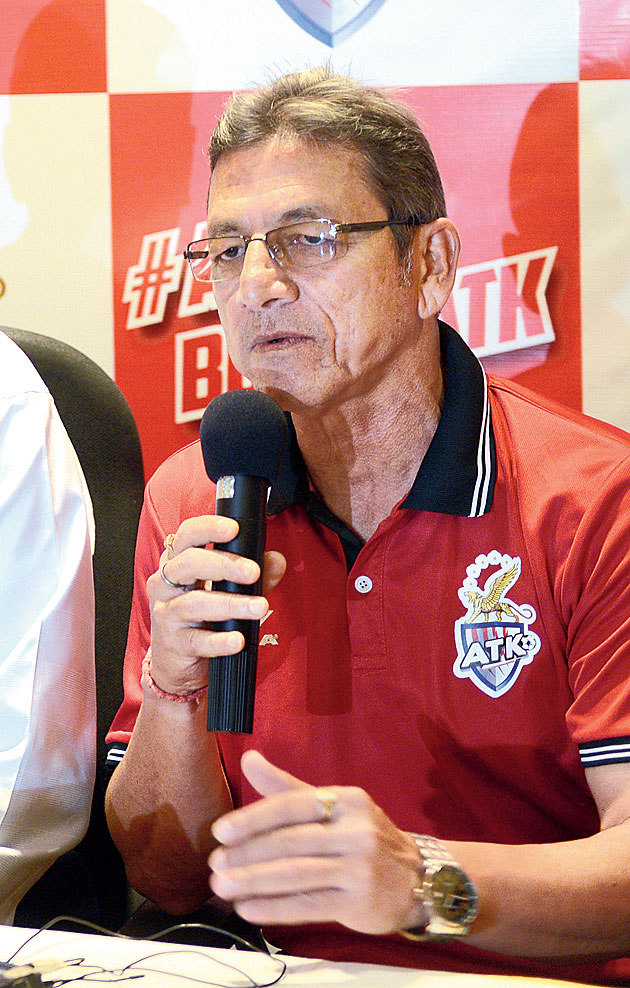 Kibu Vicuna may not be ready to celebrate yet, but Sanjay Sen believes that Mohun Bagan already have a hand on the I-League trophy this season.

And Sen surely knows a thing or two about winning trophies as he was the coach who helmed Bagan when they last won the I-League, in the 2014-15 season.

“Bagan are way ahead of the other teams in the league. They now have an 11-point lead over second-placed Punjab FC. Quality wise too, they are far better than the other teams,” Sen, who is currently assistant coach of Indian Super League side ATK, told The Telegraph on Tuesday.

“The co-ordination between defence and attack in the current Bagan team is fantastic. I think that is one of the main reasons behind the smooth run of Bagan.”

Sen also praised Bagan coach Vicuna for giving more chances to young Indian players. “SK Sahil is regular in Bagan’s starting XI and he is playing well. Nongdamba Naorem is very impressive on the left flank. Young striker Subha Ghosh is getting chances to play. The coach is giving confidence to young Indian players. And the players are paying back.

“When you have good foreign strikers in the squad, it is difficult to give chances to Indian forwards. But whenever he gets an opportunity, Vicuna makes young Subha play. I like that approach,” Sen said.

Bagan’s passing game and pressing tactics have earned praise from many quarters. Sen said: “The Spanish players have their own style. They like to keep the ball on the ground. I must take Joseba Beitia’s name, he is doing well. I think he is the cynosure of the team. He is not only performing but is also helping others to sing to his tune.”

He also feels that Baba Diawara’s inclusion in the team has sharpened their striking force. “After he joined the team, a lot of things have changed. He doesn’t just score himself, he also creates opportunities for others to.”

Sen, however, doesn’t want to compare his I-League winning squad with Vicuna’s team. “I don’t want to compare. I have nothing against this team. But the situation and the competition between then and now are not the same. I believe the league was more competitive that season. Even in the last season, four teams were in contention to win the title. This season it is not like that,” Sen observed.