After a goalless first half, goals from Goian, Thapa, Sabia and Chhangte sealed the victory for Chennaiyin FC 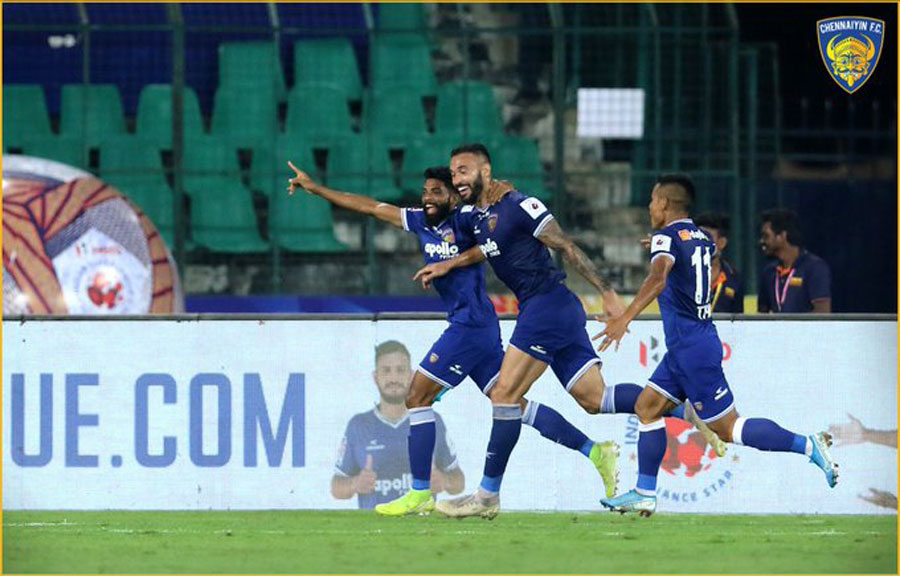 Chennaiyin FC crushed FC Goa 4-1 in the first leg of the Indian Super League semi-final at the Nehru Stadium here on Saturday.

After a goalless first half, goals from Lucian Goian (54th minute), Anirudh Thapa (61st), Eli Sabia (77th) and Lallianzuala Chhangte (79th) delivered the goods for the hosts and secured a crucial lead ahead of the second leg fixture away from home.

Saviour Gama (85th) came off the bench to score a vital away goal for FC Goa.

Skipper Goian opened the scoring with a header in the 54th minute, rising over Goa custodian Mohammed Nawaz.

Seven minutes later, Thapa underlined his class with a stunning strike to the top right corner to put CFC 2-0 up.

After missing out on scoring in the first half, the two-time champions appeared to be finding the range and began to run the Goa defence ragged.

Another strike by Chennaiyin in the 77th minute, this time by Eli Sabia, pushed Goa into further despair.

Nerijus Valskis executed a fine give-and-go on the left flank, dribbled past rivals and delivered the ball across the face of the goal for Sabia, who didn’t make any mistake.

Thapa set Chhangte up inside the box with a simple pass and Chhangte scored Chennaiyin’s fourth goal.