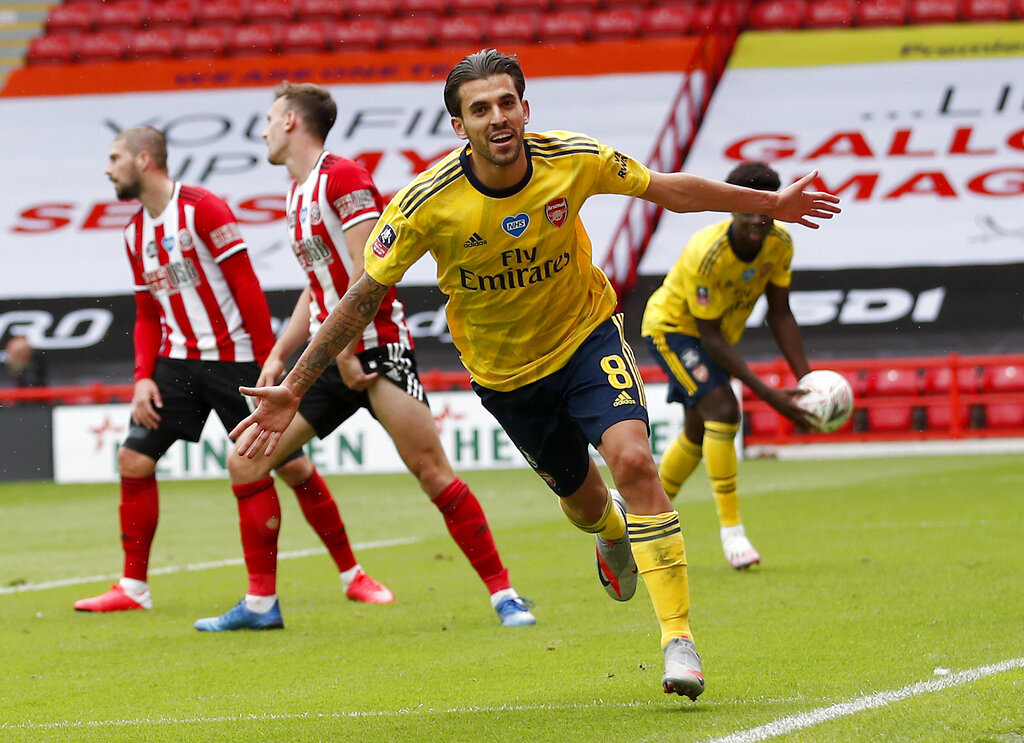 Chelsea reached the FA Cup semi-finals on Sunday as midfielder Ross Barkley came off the bench to secure a deserved 1-0 victory at faltering Leicester City.

Barkley slid home the winner in the 63rd minute as the west London side joined Manchester United and Arsenal in last four.

Earlier, substitute Daniel Ceballos fired Arsenal into the semi-finals with a stoppage-time goal that sealed a 2-1 win over Sheffield Unitedy.

Arsenal went ahead after 23 minutes when Chris Basham fouled Alexandre Lacazette in the penalty area and Pepe rattled home the spot-kick.

The game looked to be heading for extra time when David McGoldrick equalised in the 87th minute, hooking home a volley after the visitors failed to clear a corner.