Almost throughout the limited-overs leg of England’s recent India tour, Bhuvneshwar Kumar made an impact with his opening spell and was handy in the middle stages 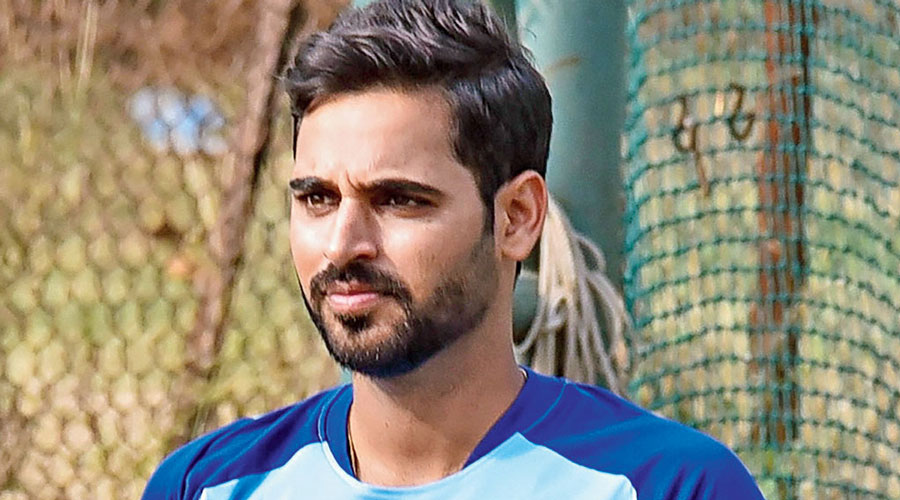 For Sunrisers Hyderabad, too, it’s important that  Bhuvneshwar maintains such accuracy and keeps getting vicious swing when the ball is new, feels VVS Laxman.
Almost throughout the limited-overs leg of England’s recent India tour, Bhuvneshwar made an impact with his opening spell and was handy in the middle stages as well on some instances. That too, on belters in Ahmedabad and Pune, against a batting line-up that’s truly explosive.

If he does the same in this IPL, Laxman believes the Sunrisers, who lost in Qualifier II last year, have a great chance of going the distance. “For any bowler, it’s tough to come back after a recurring injury.

“But so far Bhuvi has not just managed that well, but also the way he bowled on those flat tracks against England just goes on to show the kind of rhythm and shape he is in, which has helped him to do so well.

“Getting the ball to dart back in on those wickets was never going to be easy, yet he could do it. And it’s not just about taking wickets, but he has been able to check the flow of runs as well.

“He has been the leader of the Sunrisers bowling attack for the last few years and we are quite confident that in this IPL too, he will keep delivering for the team. So obviously, how he performs will be crucial for Sunrisers,” team mentor Laxman told The Telegraph from Chennai, where the Sunrisers are having their pre-tournament camp.

Alongside Bhuvneshwar and their rich overseas contingent, the Sunrisers’ fortunes would also rely to a fair extent on how Manish Pandey, who generally bats at No.3 for them, fares. Sustaining an elbow injury during the T20I leg of the Australia tour last December, Pandey wasn’t selected for the limited-overs matches versus England and could feature in just a couple of matches (in the Vijay Hazare Trophy) so far this year.

So will the Sunrisers continue with Pandey, who hasn’t had much game time, at the crucial No.3 position? Laxman replied: “It’s right that Manish didn’t have much game time this year, but unfortunately, he got injured after the first T20I versus Australia and then had to undergo rehab.

“Having said that, he has been consistent for us in that position and looking at his abilities, I’m sure he will brush himself up and put himself in a state where he’ll be confident of delivering for his team.”

The Sunrisers, however, do have several options when it comes to selecting their four overseas players. Along with captain David Warner, Afghanistan leg-spinner Rashid Khan is set to be the other automatic choice in the XI among the foreigners given his consistency in every season.
Hailing Rashid as “one of the stars” of the team, Laxman also made special mention of West Indies all-rounder Jason Holder. “He (Holder) too plays a very, very important role.”

“Not just with the ball, but even with the bat, he scored runs for us during pressure situations last year, which pulled us through. So no second thoughts on his abilities as he has proved what he's capable of,” Laxman pointed out.
Talking about the likes of youngsters Abdul Samad, Priyam Garg, Abhishek Sharma and Virat Singh, Laxman emphasised the need to provide them with some security, which they require at this stage of their career.

“These youngsters got limited opportunities last season. Yet, they tried their best to prove their mettle.
“So we need to be right behind them and ensure they have some sort of security as well in order to play with a free mind,” Laxman signed off.