She may be 'Divyang' (differently-abled), but to us she is Divya, says father 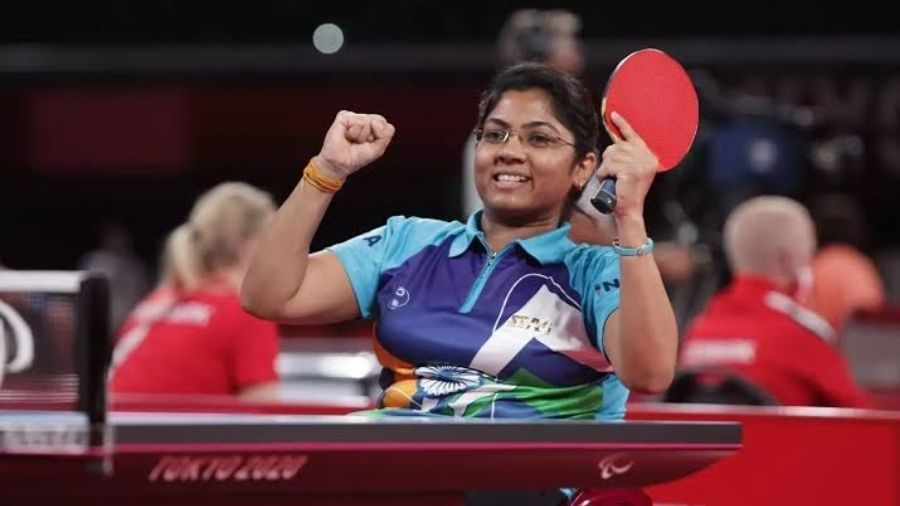 Family members and friends of paddler Bhavina Patel broke into traditional "Garba" dance, burst firecrackers and smeared each other with 'gulal' at her native Sundhiya village in Gujarat's Mehsana district soon after she won a historic silver medal at the Paralympic Games in the women's singles class 4 final in Tokyo on Sunday.

Patel on Sunday became only the second Indian woman to win a medal at the Paralympics after she signed off with a historic silver following a 0-3 loss to world number one Chinese paddler Ying Zhou in the women's singles table tennis class 4 final.

"She may be 'Divyang' (differently-abled), but to us, she never appeared to be so. For us, she is 'Divya' (divine). We are very happy that she has brought a silver medal for our country," her father Hasmukh Patel, told reporters after her victory.

Patel runs a small grocery shop in the village. People at Patel's native village had set up a big screen to watch her match live from Tokyo. They started gathering in front of the screen early this morning as the game began.

Although Patel went down 0-3 to Zhou in her maiden Paralympic Games, it did not dampen the celebration spirit. As soon as the game ended, people started dancing, burst crackers and threw 'gulal' on each other.

"As you can see, we have been playing Garba since this morning after Bhavina won the silver medal. We are making full preparations for her grand welcome," said one of her relatives.

They said they are very happy over her achievement and feeling proud of her victory.

"She is a jewel for not just our village but for the entire country," said another villager.