‘Best ’keeper’ in Grade B 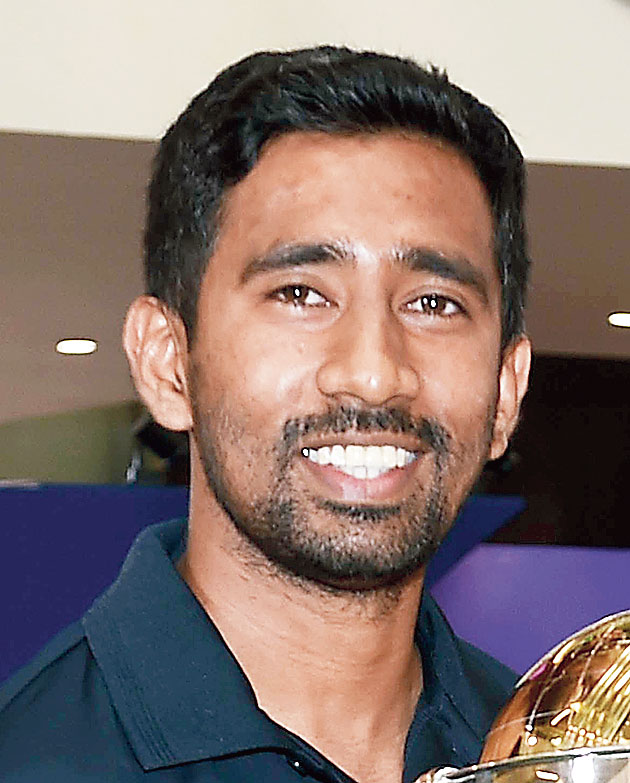 Imagine James Anderson receiving a lower grade contract than Jofra Archer just because the former doesn’t play all formats of the game anymore.

As the BCCI published its list of centrally contracted players on Thursday, one got such a feeling. Wicketkeeper Wriddhiman Saha, whom the likes of Deep Dasgupta and Parthiv Patel consider to be “the best” in the business, resides in Grade B, while Rishabh Pant, despite all the questions around him, sits in Grade A. It’s odd.

The Board’s explanation for such gradation is that Wriddhiman, who missed most of last year with injury, is not an all-format player and Rishabh is one for the future. But in all those arguments, the merit factor is somehow unfairly ignored. The contracts and gradation system are supposed to make the BCCI look more organised and professional. But it seems there are loose ends.

Not everybody is convinced with the BCCI’s way. “I don’t think there should be a gradation system, because if I’m playing for the country and you are also playing for the country, then we both are the same. We are both doing the same jobWhat is okay in the corporate world may not be okay in sports,” a former India player, who didn’t wish to be named, told The Telegraph.

He even went on to suggest an alternative. “You can contract, say, the top 50 players. Then, those who get to play, they can get more money. That is okay. The current system is a bit odd. Mayank Agarwal is the most valued player at the moment. And he is in Grade B. That says it all.”

The England and Wales Cricket Board’s contract system, by the way, is divided into three categories: Test, ODI/T20I and Incremental. Under the English structure, players in both formats receive a ‘ranking’ based on their performances on the pitch, as well as a number of other factors, including off-field contribution, fielding, and fitness. Those rankings then correlate with the level of remuneration.

For the record, Anderson has a Test contract, while Archer is in both the Test and white-ball format contracts. More balanced, isn’t it?