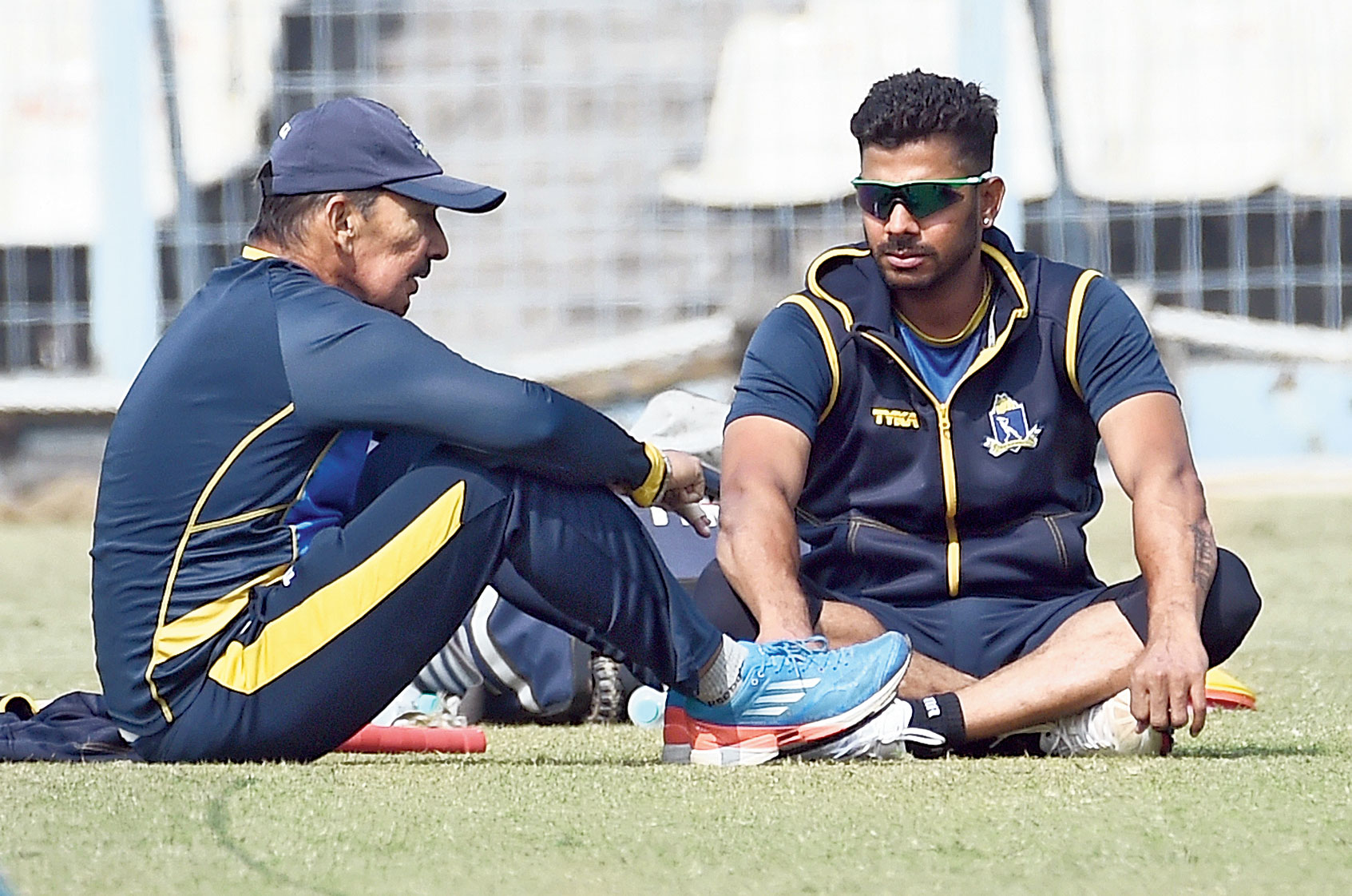 Bengal are likely to go in with three pacers and two spinners in their Ranji Trophy quarter-final game against Odisha in Cuttack beginning on Thursday.

A greenish pitch is on offer at the DRIEMS Ground at Tangi in the outskirts of Cuttack, prepared specially to suit the home team, which has been riding on its pace attack en route to the quarter finals.

But that shouldn’t be an issue for Bengal as they themselves put a lot of faith in their quicks, who have so far played an equally important role as the others in the team’s march to the last-eight stage.

However, Bengal find themselves in one of those strange situations where a win against a team like Odisha will be viewed as something that was expected. At the same time, they will be reproached for losing to a side that has never been among the strongest in the domestic circuit.

Odisha coach Rashmi Ranjan Parida, who has had stints in Calcutta club cricket for teams like Taltala Institute and Bhukailash SC, is well aware of the scenario.

“Bengal are a good side and it’s tough to beat them. We all know we are very much the underdogs. But having said that, we feel pressure is on Bengal as they are the ones who are expected to win this game.

“As for us, we know what our job is and having done well so far, our guys are ready to play fearless cricket,” Parida explained.

One aspect that could be an advantage for Bengal is their aggressive frame of mind. “We don’t care what people say about what situation we are in and all that. We don’t care about the opposition either.

“All we know is it’s a quarter-final game and we need to win it. Our job is to play and win. That’s all,” coach Arun Lal told The Telegraph.

If Odisha throw questions to Bengal with their pace trio of Basant Mohanty, Suryakant Pradhan and Rajesh Mohanty, the visitors have the required ammunition to hit back.

The impressive Akash Deep is ruled out with a groin niggle, but the likes of comeback man Ishan Porel, Mukesh Kumar and Nilkantha Das can be handy enough to make life difficult for Odisha batsmen.

“If we play our normal game and do even reasonably well, I think we should win this match. Our players just need to ensure they keep their basics right and don’t lose concentration,” Lal emphasised.