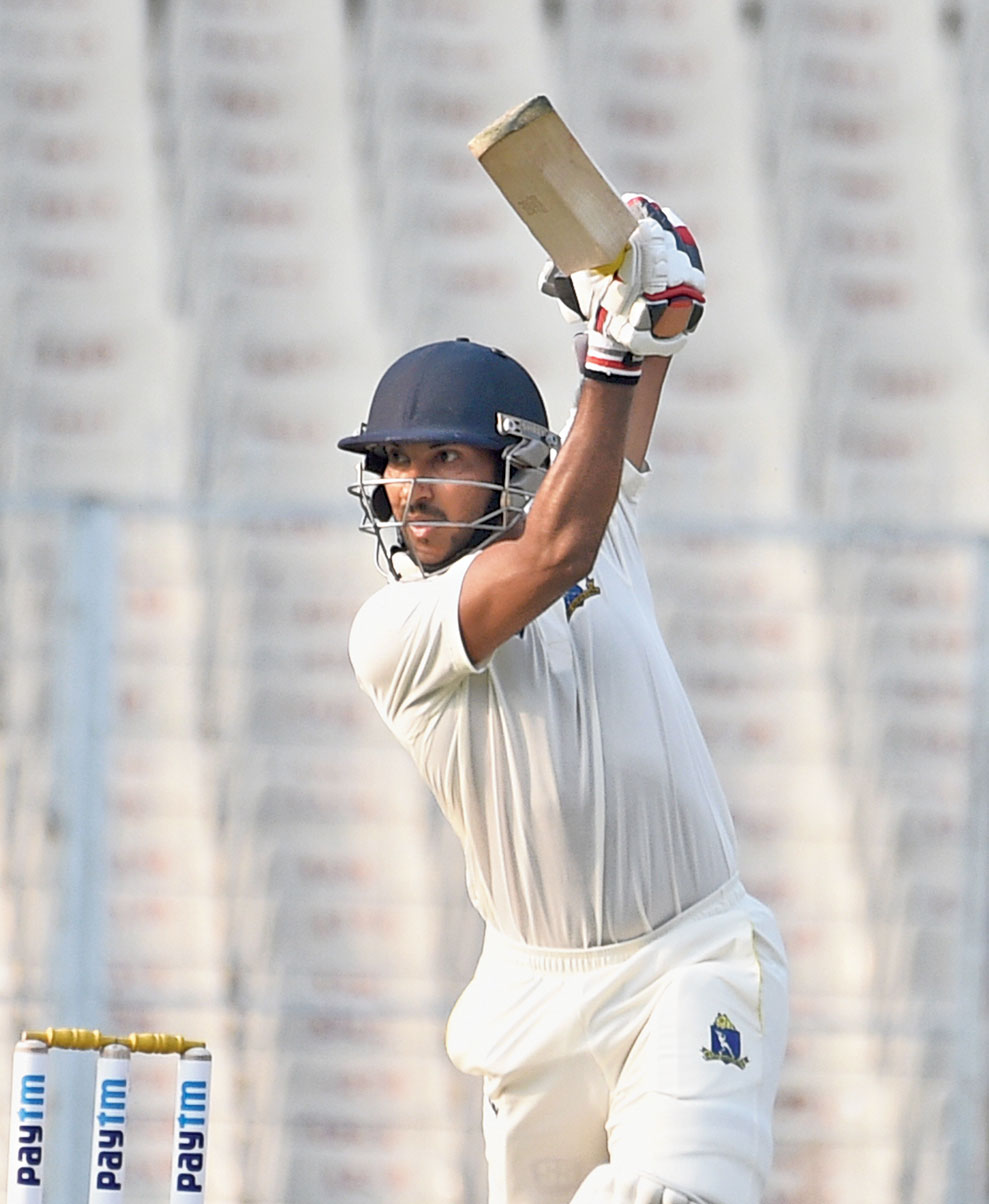 Anustup Majumdar’s decision to quit what was a secured Railways job and return to Bengal cricket was riddled with uncertainty. That was back in 2016.

He took things in stride and after going through a phase full of worries, began re-establishing his place in the Bengal side from 2017-18. This season he has come to Bengal’s rescue on several occasions.

At stumps on Day I of the Ranji Trophy semi-final against Karnataka, Anustup was batting on 120 in Bengal’s score of 275 for 9 after being reduced to 67 for 6 in the post-lunch session. The recovery was possible largely due to Anustup, with the consistent Shahbaz Ahmed and Akash Deep assisting him a fair bit.

Had it not been for Anustup’s 157 versus Odisha at Tangi, Bengal may not have made the semi-finals of this Ranji Trophy. If he too, like the other specialist batsmen crumbled under pressure, Karnataka may well have been in the driving seat.

“I did go through a difficult time after coming back from Railways. But I’m thankful to my family for giving me the support I badly needed then,” recalled Anustup.

No wonder Anustup keeps this unbeaten knock ahead of the century he scored in the quarter final, where Bengal were 46 for 5 at one stage in their first essay. It goes without saying that Karnataka have a far superior bowling attack than Odisha’s.

“This innings is ahead of the knock versus Odisha because of the quality in the opposition bowling attack. There was a bit of help (for the bowlers) initially, but I backed myself to get those runs.”

“It was about using the opportunity and I’m glad that I could make that count,” he said.According to coach Arun Lal, Anustup’s knock features among the best so far for Bengal in the Ranji Trophy. “In the quarter final and this semi-final, he got runs when our backs were to the wall.

“So in the context of the game and especially against a better bowling attack, I would say his innings remains unrivalled and will remain etched in our memories,” Lal told The Telegraph.

Even during the tough times, it was cricket that kept motivating him, Anustup emphasised. “I never thought of quitting the game. Cricket is a game of uncertainty and it takes one ball to get you out. You never know what’s in store for you tomorrow.

However, I just kept working hard, kept motivating myself. In other words, there was no other motivation for me,” he said. “May be I’ve mellowed down, and the sense of grief and frustration has lessened.”

Anustup’s batting, in fact, was a lesson for the Bengal top order which failed again. Most of the batsmen threw their wickets away. “Batsmen have to back themselves. All are professional players out here.

“It’s about showing a bit of courage and applying yourself. We mostly gifted our wickets away and hardly got out to good deliveries,” Anustup agreed.