Schalke’s winless run stretched to 17 games, while the defending champions extended their winning run to 22 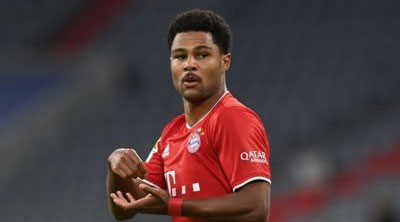 The new Bundesliga began in an empty stadium with eight-time defending champions Bayern Munich routing visitors Schalke 8-0 for a record in the league’s opening match. And it should have been more.

Germany winger Leroy Sané starred on Friday and scored on his Bayern debut and Jamal Musiala became Bayern’s youngest ever goal-scorer at 17 years, 205 days, but otherwise it was business as usual as they totally dominated and the visitors tried limiting the damage.

Schalke’s winless run stretched to 17 games, while Bayern extended their winning run to 22.

Serge Gnabry scored a hat trick and Sané set up two of the goals. It was 3-0 by half-time and Bayern missed a host of chances. “Everyone was so hungry. We were all looking forward to the new start and we just wanted to attack,” said Sané, a former Schalke player who joined Bayern from Manchester City in the off-season.

“It was superb from us. Before the game we wanted this to be a game that would define where we are at this stage and my players did it very well,” Bayern coach Hansi Flick said.

“We wanted to show that in this season again we are here.”

The team showed no ill effect from the supporters’ absence, nor the short break of 26 days after winning the Champions League final against Paris Saint-Germain. It was the biggest opening night win since 2016 when Bayern routed Werder Bremen 6-0.