Aura of Undertaker: 30 entertaining years of fear and fanfare 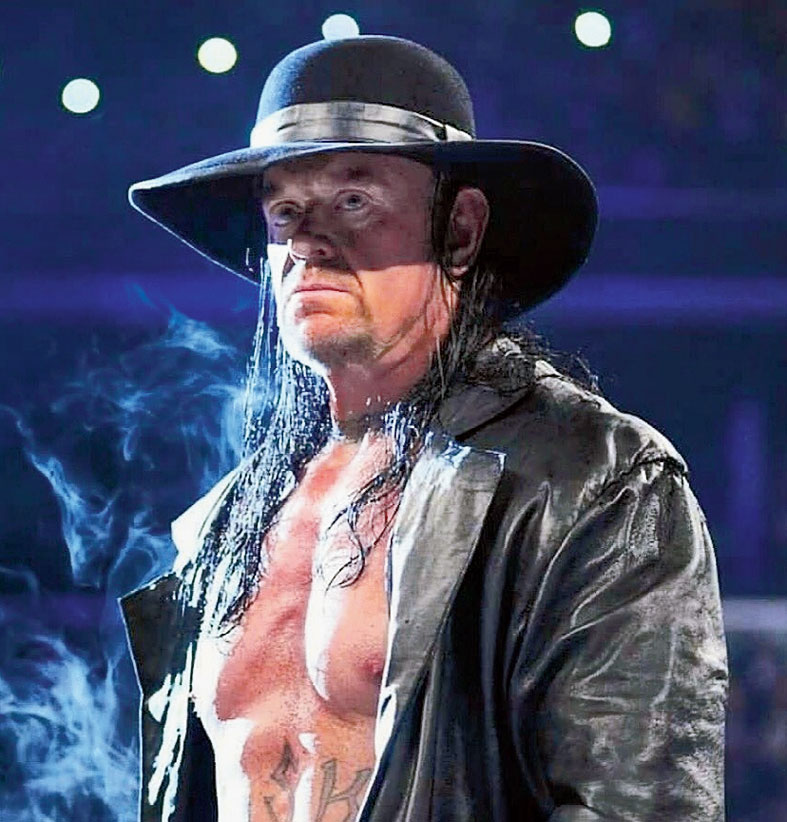 Imagine the aura of a man who, despite being ridiculously unrealistic, commands a following which is unparalleled. His scripted character lacks most virtues of a hero, rather celebrates a demonic brutality, yet he is the favourite of millions, young and old, across the globe. Such a phenomenon is The Undertaker, the feared professional wrestler who has elevated his personality in sports entertainment to mythical proportions.

A World Wrestling Entertainment (WWE) superstar for decades, Undertaker, 55, announced his retirement on June 21, much to the disappointment of legions of WWE fans and followers.

A pensive looking Undertaker revealed his decision to quit the ring in the final episode of the docu-series The Last Ride. Considering how physically demanding the wrestling ring is, the decision shouldn’t come as a surprise. But it still rattled the Undertaker admirers. That’s how deep the man’s impact was on fans.

Born Mark William Calaway, Undertaker is to professional wrestling what Pele is to football, Sachin Tendulkar to cricket or Roger Federer to tennis. If the pro-wrestling industry were to be identified by one person, it would undoubtedly be The Undertaker.

For 30 years — he joined the WWE (then the WWF or the World Wrestling Federation) in 1990 — he has been entertaining and scaring fans in his ‘Deadman’ avatar. Since his memorable debut in the 1990 Survivor Series, when he appeared in what is arguably the best wrestling gimmick ever — wearing a long coat, a pair of black gloves, with a touch of purple makeup — The Undertaker, towering at nearly seven feet, has been the cynosure of every Pay Per View event that he has been a part of.

He has been the WWE’s cash cow over the years, their most bankable wrestler, the one that Vince McMahon, chairman and CEO of WWE, could always trust to bring in the crowds and the cheers, even when the chips, or TRPs to be precise, were down. That is also the reason why he came back to wrestle AJ Styles at this year’s WrestleMania event.

The match was widely praised as one of his best fights in the last few years and could well turn out to be his last ever.

While he ruled the world of gimmicks, his fitness, even after all these years, remains unquestionable.

WrestleMania, the marquee event of the WWE, is also the stage where The Undertaker shone the brightest. It is here that he has an enviable and unparalleled streak of 21 consecutive victories before it was finally broken by Brock Lesnar a few years ago. There was stunned silence at the Superdome in New Orleans that day.

Fans could not believe that the invincible Undertaker was finally vanquished. Such was his grip over the imagination of millions.

Over the years, The Undertaker has fought and won against the mightiest of them — Hogan, Michaels, Psycho Sid, Diesel, Yokozuna, Giant Gonzalez, Vader, Kama, Mankind, The Rock, John Cena, The Big Show, the Great Khali — the list is long.

Some of his most enthralling fights were with and against Kane, who was presented as his half-brother to the fans.

In reality though he was in no way related to Kane (Glenn Thomas Jacobs) and it was only a part of the kayfabe – the wrestling storyline. Together, they formed the famous Brothers of Destruction tag team.

Fans loved The Undertaker’s scripted supernatural theatrics. He’s been put inside coffins, buried alive, only to rise again like the proverbial phoenix.

Such was the craze around him that even Bollywood chose to use brand Undertaker in one of its films — Khiladiyon Ka Khiladi. Akshay Kumar beating a wrestler styled and named after Undertaker in the 1996 flick turned out to be the movie’s USP.

Perhaps the most gifted in-ring performer WWE has ever seen, The Undertaker’s finishing moves are an inseparable part of the legend that he is. The Chokeslam, the Old School, the Last Ride, Hell’s Gate and of course the iconic Tombstone Pile Driver — despite several disclaimers on part of the WWE to never try them at home, many a childhood were spent imitating those at homes all over the world.

For fans, it is hard to imagine the WWE without its most revered and iconic figure in the ring. As the cowboy rides off into the sunset, his legacy lives on in the minds of his fans.

But who knows? He is The Undertaker. He might just rise from the dead. Like he always does. In his own words, never say never.

The writer is a marketing professional & a Taker fan