At last, 1 office-bearer builds on opening by Diana

Forget the contract being terminated, Johri hasn’t even been suspended 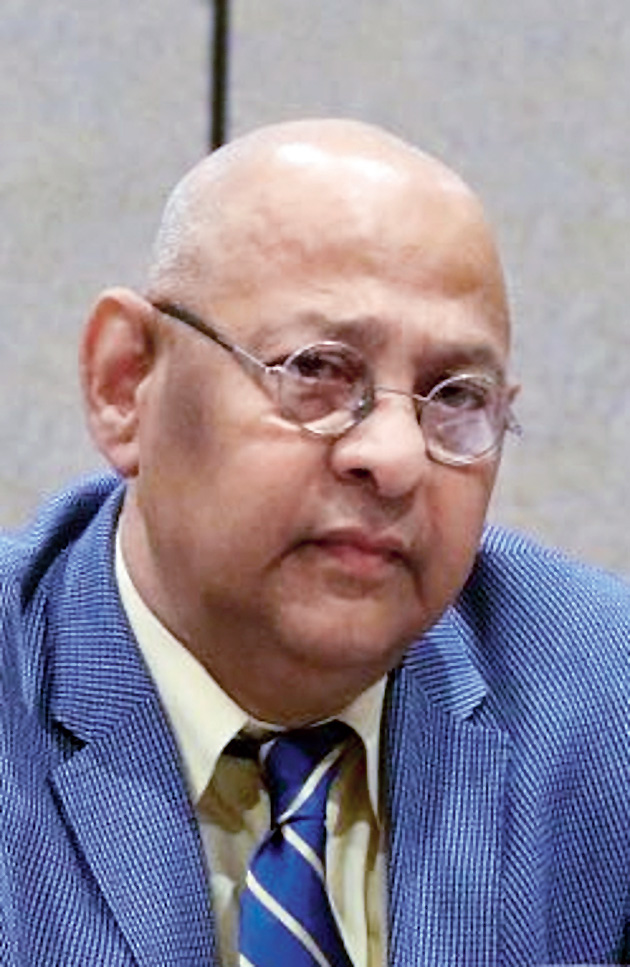 Finally, one of the three office-bearers of the Board of Control for Cricket in India (BCCI) — acting secretary Amitabh Choudhary — has capitalised on the excellent opening provided by Administrator Diana Edulji on the kid-glove treatment being meted out to tainted CEO Rahul Johri.

Forget the contract being terminated, Johri hasn’t even been suspended.

On Saturday, Choudhary questioned the decision of Vinod Rai, who heads the two-member Committee of Administrators (CoA), to unilaterally constitute an enquiry panel to look into the allegations of sexual harassment against Johri.

The Administrators have been appointed by the Supreme Court.

Choudhary put on record his grave misgivings via an email to Rai and Diana, with copies marked to acting BCCI president Chandra Kishore Khanna and treasurer Anirudh Chaudhry. The Telegraph has been able to access the communication from the acting secretary.

That Diana either wanted Johri to be sacked outright or be made to resign has largely formed the basis of the arguments advanced by Choudhary. The dissenting Administrator, after all, had no role in the putting together of the three-member enquiry panel.

Rai didn’t bother to consult any of the office-bearers of the BCCI, who have been sidelined by him, and that has strengthened the case made out by Choudhary.

Today, of course, the focus is largely on the stand Diana will take in the days going forward.

The following is Choudhary’s email to the CoA…

“Media reports leave none in doubt that the issue regarding the matter of sexual harassment has been dealt with in the most cavalier manner. And, if there had indeed remained any doubt about it, the same was removed with the Media release of late the night before last (October 25), strangely sent out after much of India had gone to sleep.

From the very beginning, the actions of the CoA did not inspire confidence, beginning with the fact that it took upon itself the task of adjudicating the matter when the matter should have justifiably been referred there and then to an independent committee, duly constituted. And then days of inaction even upon the submission of the so-called explanation, ostensibly trying to take a view on the matter.

Presently, the Committee comprises two members and both members are equal in status for all purposes. That being so, the learned chairman has no power or authority to prevail over the views of the other esteemed member and take decisions unilaterally on behalf of the CoA or on behalf of the BCCI.

The Media advisory issued by the BCCI and the subsequent reports clearly lay down that one member of the CoA was decisive in the matter that there was enough material warranting strict action against the CEO. The learned chairman, on the other hand, decided to have further inquiries. The Media release says a committee comprising three persons will look into the matter without informing how the committee was constituted or who chose its members. In view of the admitted position of one member completely disagreeing with the chairman, the esteemed member could hardly have had anything to do with the constitution of the three-member enquiry committee. This makes the enquiry committee further suspect.

In view of the clear divergence of opinions of the two members of the CoA, the only recourse available was to refer the issue to either the Hon’ble Supreme Court or to the general body (of the BCCI). Interestingly, two members of this enquiry committee are disqualified in respect to the limitation of 70 years of age, laid down by the Hon’ble Supreme Court in its order dated 9.08.2018.

A committee stricken with such infirmities from its inception is hardly expected to dispense any real justice and is bound to be seen with great suspicion. The undersigned most humbly desires that a solution be immediately found in view of the points noted above.”