Ankur’s chair of joy to aim for his dreams 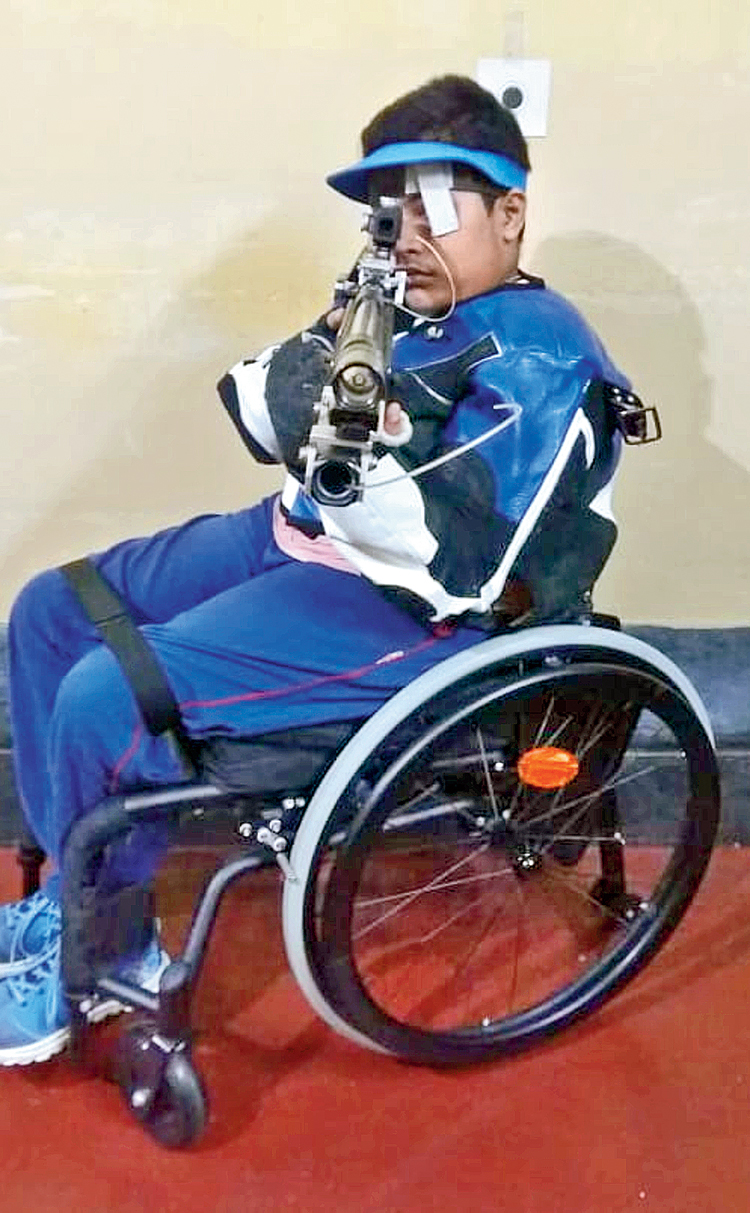 The lockdown has been depressing for most, but for 10 metre air rifle para-shooter Ankur Das, there has been something to cheer.

On May 17, a day before he turned 16, Ankur got his customised wheelchair delivered from Chennai. This would now enable the three-time para-national champion to practise better and will help him participate in international events without any hindrance.

Ankur suffers from congenital dorsal spine scoliosis, a level T4 paraplegia, due to which he has no sense and motor function below his chest level.

“After a series of correspondence through emails and telephonic conversations with Ankur, Neomotion delivered the wheelchair on May 16. The wheelchair has been built according to Ankur’s needs and preferences. Even the colour if the chair is of Ankur’s liking. And while an imported chair costs between Rs 2 lakh and Rs 2.5 lakh, this came at a price of just Rs 65,000,” father Debasish Das informed.

“We get to read about so many depressing stories the virus has brought. This one piece of news gives me a hundred reasons to smile,” Olympian shooter and Ankur’s mentor Joydeep Karmakar told The Telegraph.

Ankur, who appeared in his secondary examination from VB Memorial School in Sarsuna and practises at Joydeep Karmakar Shooting Academy at Newtown School, said he is finding it easier sitting on the customised wheelchair. “It’s much more comfortable now and I would be able to perform in international tournaments also without much trouble,” he said.

Das Senior had taken Ankur to Karmakar after doctors in Vellore advised him to encourage his son in wheelchair sports.

“In 2016, I learnt about the academy (it was then at the Sports Authority of India complex in Salt Lake). Joydeep agreed to take him under his wings and since then Ankur is with him,” Das said.

“Initially, I was hesitant because nurturing a para-shooter is not an easy task. But what impressed me most was Ankur’s willingness to learn and never-say-die attitude. His bagful of titles shows what he is made of,” Karmakar said.

Like his mentor, Ankur also shoots in the 10 metre air rifle category.

“Once normality returns, he would participate in the 50m standing and prone. So I’m planning to buy a rifle for the 50m event, which will approximately cost Rs 4.5 lakh. If I can manage to spend Rs 2.5 lakh more, it would enable him to get on electronics target system. You need that for better performance and also to practise at home,” Das said.