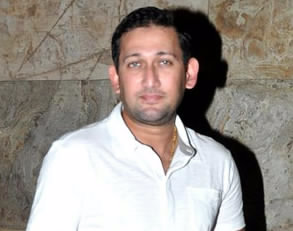 Among the Indian pacers, Agarkar has been impressed by the performance of Mohammed Shami the most
Wikimedia Commons
Arindam Bandyopadhyay   |   Calcutta   |   Published 19.11.19, 09:12 PM

Come Friday and India will take their first steps into the unknown territory of Day-Night Test matches. The focus will shift to the dew factor and how the pink ball behaves under lights at Eden Gardens.

Former India pacer Ajit Agarkar believes that the variety in India’s pace attack has given Virat Kohli more options to deal with alien conditions. “All the seam bowlers are different. That helps Virat Kohli to have more options in hand and at the same time makes things difficult for opponent batsmen to settle down,” Agarkar told The Telegraph from Mumbai on Tuesday.

“When one bowler is not getting wickets, the other is doing the needful. This is a big advantage for Virat and Co.,” he said.

Among the Indian pacers, Agarkar has been impressed by the performance of Mohammed Shami the most. “The India pacers are doing well and all have different qualities. But I must say Shami is exceptional.

“He has been bowling at least one wicket-taking delivery in each over, which becomes very difficult for the batsman to handle. He is getting pace, bounce and swing from the wicket. He is very mature now and I hope he will continue bowling like this,” the former India pacer said.

Agarkar is not sure how the pink ball will behave but he is sure the pacers will get help from it. “We don’t have any idea about the ball. We have to wait till Friday and see how the ball behaves. The Indian pacers are in red-hot from and are getting help from everywhere. But yes, I think they will get extra bit of help at the Eden,” he said.

Bangladesh batsmen had gone through some tough times in the first Test against India. They lost the Indore Test by an innings and 130 runs. Agarkar feels the visiting team will have a tough task in hand at the Eden.

“Pink Tests were mostly played in Australia and we have always seen pacers are getting extra help from the pitch. I think it would become more difficult for Bangladesh batsmen to handle Shami, Ishant Sharma and Umesh Yadav at the Eden,” he said.

“Not only in Tests, Indian pacers are doing well in every format of the game. And it helps the team a lot. Overall the team is also playing well. I am going to Calcutta and looking forward to witness an enjoyable game,” Agarkar said.

Agarkar thanked Board of Control for Cricket in India (BCCI) president Sourav Ganguly for taking initiative to organise the pink-ball match at the Eden. “This is very good decision. Hope people will enjoy it,” Agarkar said.

Bangladesh played their first-ever Test match against India back in 2000. Players from both the teams who played that game will be felicitated by the Cricket Association of Bengal (CAB).

“I will be present at the Eden on Friday and would enjoy the atmosphere there,” Agarkar, who took two wickets in each inning against Bangladesh in that historic Test, said.

“I can still remember the first-ever Test match Bangladesh played against us. They enjoyed the game. That was part of history and another history would be created at the Eden,” Agarkar said.