The India vice-captain has hit two fifties in the first 2 Tests, but a three-figure score has eluded him 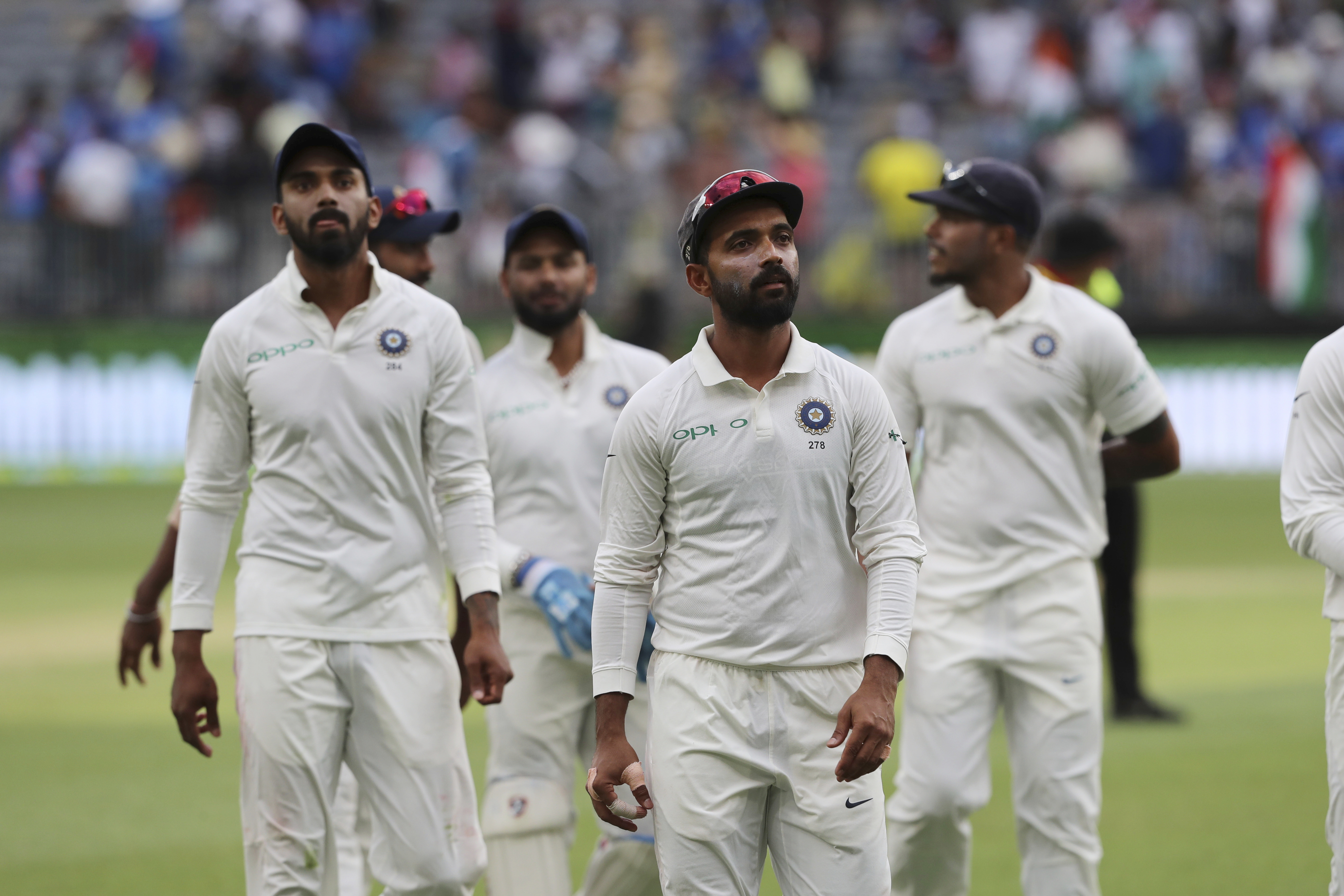 India's Ajinkya Rahane (second from right) leads his teammates off the ground at the conclusion of the third day's play in the second cricket Test between Australia and India in Perth on Sunday.
AP
TT Bureau   |   Calcutta   |   Published 24.12.18, 10:18 PM

India vice-captain Ajinkya Rahane was on Monday confidence personified, saying his rhythm and counter-attacking mindset could help him rack up not just a century but a double at the Boxing Day Test.

Rahane has hit two fifties in his 164 runs from the first two Tests but a three-figure score has eluded him since scoring a century against Sri Lanka in Colombo last year.

“I am sure it will come in this match. The way I am batting, from Adelaide to Perth, the mindset I was in to counter attack and the rhythm I was batting in, maybe 100 or even 200 can come,” said the 30-year-old.

“I think it is more important for me not to think about it. I have to continue batting the way I am. I can read the situation a bit better and if I can play like that it will be better for the team. Personal milestones can be achieved later.

“I am really happy (to return to Melbourne for Boxing Day Test). We all know how big it is and to come at the MCG at 1-1 is really good. We had our chances in Perth but it is important to stay in the present right now and give our best starting from December 26.”

Rahane said the batting unit needs to step up and support the bowlers if they are to win consistently overseas. India lost 1-2 to South Africa before suffering a 1-4 defeat against England this year, mainly due to the batting line-up’s failure to produce consistent performances.

India are currently tied 1-1 with Australia after their 146-run defeat in the second Test, where Virat Kohli and his men were dismissed for 140 in the second innings.

“As a batting unit we must support the bowlers. Since South Africa tour Indian bowlers consistently got opposition out twice. If we batters play well and support our bowling unit results will be different,” Rahane told reporters on Monday.

“Yes we played some good cricket but right now it is important to start well and giving your best in each and every session, because the game can change in a session. We need some good batting in these two Tests and I am sure the batsmen will take this responsibility,” he added.

Rahane said that it was important to take the next two Tests session by session. “I do believe in momentum especially while playing cricket. We had some great chances to dominate the Perth Test and result would have been different.

“In Test cricket you have to grab small little opportunities. From now on, it’s a two-match series for us. We got nice break after second Test, which was so necessary. We are starting afresh,” he said.

Rahane has scored two half-centuries in the series — 70 in the second innings at Adelaide and 50 in the first innings at Perth — and said his visualisation has really helped him counterattack the opponents. “Batting at 4 or 5, sometimes you have to think 1-2 steps ahead of the game and think of the counter attack. So visualisation helps me in that,” he said.

“It comes naturally because I am an attacking batsman ... reading the situation is really important because we all know the Australian attack can come really hard at us. The best option to go in the middle and putting them on the backfoot.

“Counter-attacking in Perth was completely my own decision. The way I was visualizing I was thinking about what are the important shots on that particular wicket. You have to take that risk and you have to be brave to take that call because it can go either way,” he said.