Gadget of the year: Oven

Over the last 2 years, household brands such as Whirlpool have invested in software-powered heating methods that cook foods more efficiently 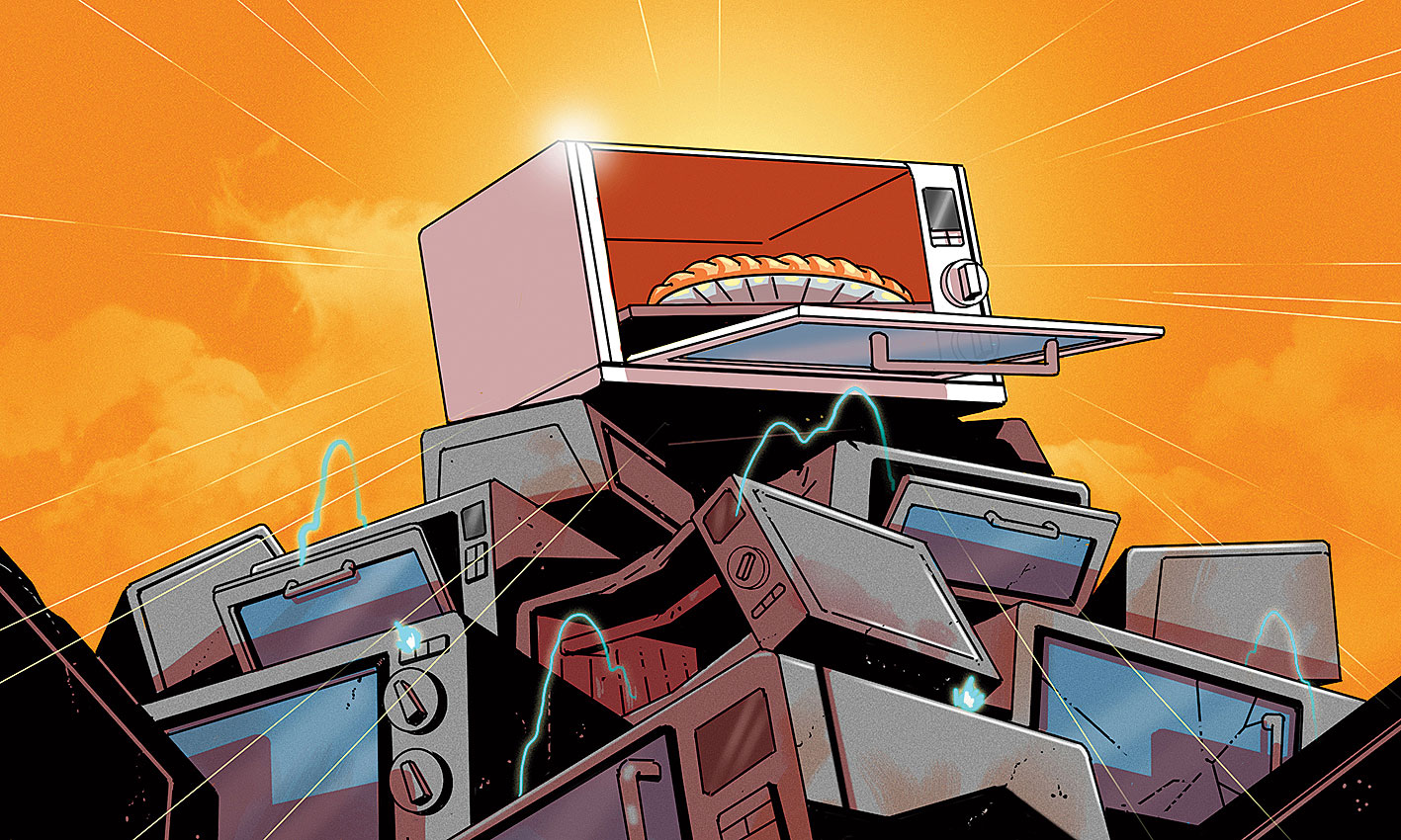 Many of us won’t hesitate to spend more than $600 (Rs 42,753) on a cellphone. Here’s another device to spend that money on: a toaster oven. Yes, you read that right. Like a smartphone, a good oven can be an everyday workhorse. Apart from toasting bread, this underrated kitchen gadget can also roast chicken, bake bread, make crispy potatoes and cake.

And recently, the countertop oven became an interesting tech product category. Over the last two years, household brands such as Whirlpool have invested in software-powered heating methods that cook foods more efficiently. For around $500 to $1,000 (about Rs 35,000 to Rs 70,000), we can get a smart oven, equipped with advanced heat tech and programmed recipes to automate the cooking process. Or you could spend $150 to $700 (Rs 10,000 to 50,000) for an old-school toaster oven.

So should you go for a techie oven or a traditional one? I tested two — the $995 (Rs 70,901) Brava smart oven and a $680 (Rs 48,455) Wolf Gourmet countertop oven. My wife and I used both ovens to cook several dinners and compared results. Then we brought baked goods to office to let our colleagues decide which oven baked the best cookies and bagels.

The Brava, which was released last year, looks like a bulky laser printer. A system of lightbulbs transfers infrared energy directly into the food; the lamps can heat up to 500°F within a second, meaning there is no need to preheat. The device has a catalogue of preset recipes including roast chicken, baby broccoli and bacon. The oven kit includes a glass tray, a metal tray and a probe thermometer to gauge the doneness of meats.

The Wolf oven has “calrod” technology, which consists of tube-shaped heating elements that convert electricity into heat. In addition, it uses convection, which involves a fan circulating heated air to cook foods evenly.

To control the appliance, you select a heat mode (bake, roast or broil), turn a knob to set the temperature and wait for the oven to heat up. The oven has two adjustable metal racks and also includes a probe thermometer.

The pros and cons for each oven were the most pronounced in roast chicken.

I salted a chicken, painted it with soy sauce and removed the spine. Each oven baked half the chicken.

With the Brava, I selected the preset chicken recipe. The screen instructed me to insert the probe thermometer into the chicken, place it on the metal tray and start cooking immediately. After 28 minutes, the chicken reached an internal temperature of 165°F and was done.

With the Wolf, I turned the heat up to 425°F and waited 12 minutes for it to heat up. Then I placed the chicken on a sheet pan, inserted the thermometer into the meat and put the pan into the oven. About 36 minutes later, the chicken was ready.

The Wolf produced a chicken with a darker, crispier skin while the Brava one was slightly dryer and blander. After the chicken, we baked baby broccoli in each oven — about six minutes in the Brava and 11 in the Wolf. Both ovens made nicely charred and crispy broccoli.

VERDICT: For the best roast chicken, get a Wolf. But to get a good chicken quickly on the table, get a Brava.

The Wolf excelled at baking breads, while the Brava was hit and miss.

I prepared 24 bagels of equal weight and baked a dozen in each oven. The Wolf produced bagels with a nicely browned, crispy crust and a pillowy crumb. The Brava bagels were pale and doughy. I brought the bagels to office and handed out score cards to let my colleagues rate the bagels. The Wolf beat the Brava, 8 to 0.

My wife made a batch of chocolate-chip and peanut-butter oat cookies. The Wolf cookies were evenly browned but softer while the Brava cookies were crispier with uneven browning. In her office, the Brava beat the Wolf, 7 to 5.

VERDICT: Serious bakers should get a Wolf. Casual bakers will do fine with a Brava.

We reheated a leftover roast duck from a Chinese restaurant. The Brava had a button to reheat food; the Wolf did not. So I turned the Wolf up to 350°F and set a timer for five minutes. The leftovers came out nice and hot from the Brava. The Wolf’s duck was still slightly chilled.

VERDICT: The Brava is faster and easier for reheating leftovers.