All about Facebook’s latest strategy for remaining relevant 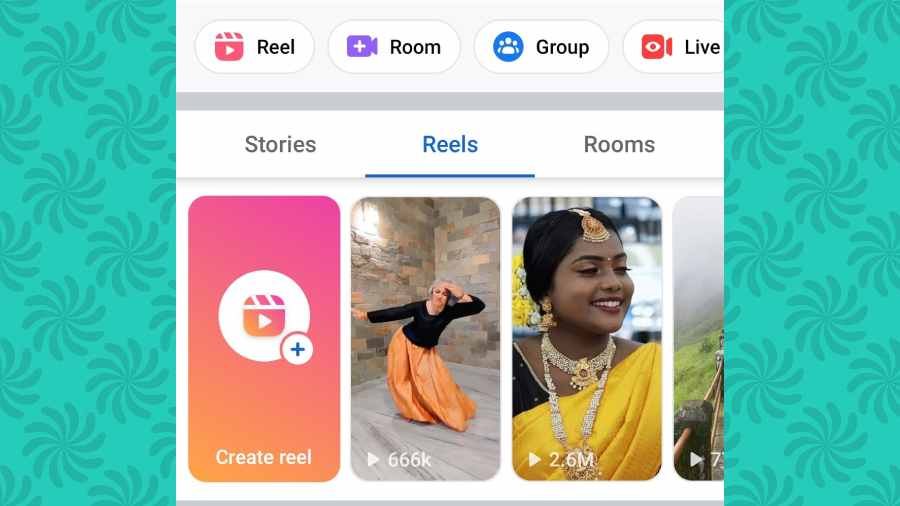 Facebook’s ability to will itself into continued popularity. Leveraging success to make further success is how dominant companies win
NYTNS
Shira Ovide   |   Published 11.04.22, 12:20 AM

Facebook is going to make you love its short video format called Reels whether you want to or not. The bite-size and repeating videos started on Instagram in 2020 as an outright copy of TikTok. If you haven’t noticed Reels yet, you will soon.

Meta, the parent company of Facebook and Instagram, said it would display Reels on more places in its apps. Reels are also taking prime real estate at the top of the screen when people open the Facebook app. Maybe soon we’ll see Reels of used cars that are listed on Facebook’s version of Craigslist.

Facebook might be the most interesting technology story to watch in 2022. The company could be on the cusp of the last days of an empire or about to reinvent itself again and become even more popular and rich.

We might not want to admit it, but the fate of Facebook and its strategies affect us all. This company’s choices about which features to prioritise influence how billions of people interact, the ways that businesses reach their customers and the look and feel of the rest of the Internet.

Reels is an essential part of Facebook’s strategy to head off the company’s worst fears about losing its appeal to young people and shrivelling into irrelevance. Facebook wants some of that TikTok coolness, and it made its own version of that app for Instagram.

It’s not clear if Reels is a particularly effective copycat of TikTok, but it might not matter.

Facebook has said that Reels is catching on and that people using its apps are increasing the time they spend with the videos more than almost anything else. The company expanded Reels from Instagram to the Facebook app and now into more spots in those apps and in more countries. The company is also experimenting with financial incentives to compel more professional Internet entertainers to make Reels.

We can’t really know for sure how popular Reels are or why. Are people latching on to Reels because they like them, or because they’re just there? Google said recently that videos from its own version of TikTok, YouTube Shorts, are viewed 15 billion times each day. The number is so big that I didn’t believe it at first, but I should have.

Maybe Facebook’s versions of TikTok, Zoom or Nextdoor aren’t great, but the company has many ways to nudge the billions using its apps to try them. The company can see what people seem to like and don’t, tinker and keep making a new product better — and unavoidable — until it takes hold.

That’s pretty much what Facebook did about five years ago with Stories, its copycat of the most popular feature on Snapchat. Facebook experimented with the video-and-photo chronicles of people’s days on Instagram and made them prominent in the company’s apps, and then they won.

The playbook for Reels seems almost identical, and Facebook executives have essentially said to investors: hey, we made Stories catch on and we’ll do it with Reels, too. Putting its muscle behind new products isn’t foolproof for Facebook. This isn’t even the company’s first try at copying TikTok.

Following other companies’ leads doesn’t make Facebook seem inventive, although it might not matter. The history of Silicon Valley is marked by companies that didn’t necessarily make a product first or best but made it biggest.

But the recent rise of younger companies like TikTok and Shopify may be evidence that inventive upstarts can take advantage of lumbering tech superpowers.

That’s what makes Facebook so compelling to watch. A Big Tech superpower may be putting all its muscle into staying on top, or it might be withering in front of us.