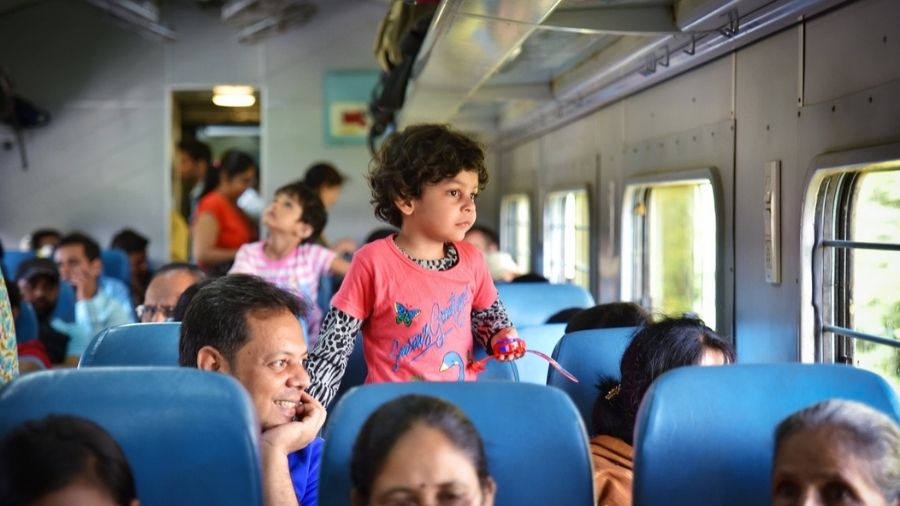 Imagine that civilian air travel, both domestic and international, became restricted to government officials, people with critical medical emergencies, and a miniscule segment of the extremely wealthy who could afford the crazy penalties for using their private jets
Sourced by The Telegraph
Ruchir Joshi   |   Published 10.05.22, 03:20 AM

Strange times lead to unrealistic fantasies. The other day, two friends independently complained to me about how extortionate international air fares had become after the pandemic. One mentioned the cost of his ticket to Europe; the other one shuddered about his return ticket to Chicago. Both price tags horrified me. They reminded me that we do not yet have an accurate assessment of the increased costs the war in Ukraine will slam upon a world economy that’s already reeling under Covid19, and not least on the prices of aviation fuel. Adding to that the various tipping points of the environmental crisis and the damage caused by jet airliners, I found myself imagining a situation where we suddenly had no choice but to put a moratorium on most kinds of air travel, say, for a period of fifteen years, at least.

Imagine that civilian air travel, both domestic and international, became restricted to government officials, people with critical medical emergencies, and a miniscule segment of the extremely wealthy who could afford the crazy penalties for using their private jets. Imagine that shipping lines, too, had to massively prioritize the movement of freight, leaving almost no space for the commercial transport of passengers. As with airplanes so with wheeled vehicles fuelled by fossil fuels; say, there was also a ban on driving private cars between cities and between countries, with only a few bus coaches being allowed to ply for domestic travel. That would leave us with the Zeppelin airship and, of course, the good old railways.

Put aside the Zepp-spin-offs for a bit (remember the air patterns are becoming increasingly erratic and dangerous, and most countries don’t like passing foreigners peering down from overhead) and imagine a historic moment when the entire world is forced to rejig its relationship with trains. Imagine countries that have fortress-like borders but that are geographically situated on major intercontinental rail routes, countries such as the United States of America, those in Europe, Russia, the People’s Republic of China, Iran and so on. Imagine that the economic and political situation creates an interdependence such that almost no country is in a position to deny passage to the long train routes now necessary for human survival.

Following the ban on air travel, countries would be obliged to go into overdrive to add to their rail network and make their respective rail equipment ‘talk’ to those of the neighbouring countries. All along the new routes, fresh industries would sprout to support the trains. Overnight, obscure stations would become thrumming hubs for passengers changing over from one service to another. Catering to the taste and food habits of passengers from other cultures would become hugely profitable; and the rail corridors would be taboo-free zones where there are no restrictions on what someone could eat or drink as long as they paid for it. Despite the stations now becoming high-security zones with strictly controlled egress and ingress, the volume of passengers would be such that governments would have to accept that there would be regular ‘bleeding’ from the trains, where a certain number of people without papers would manage to enter their country (it is, after all, much easier for a stowaway to jump off a train than it is from the landing gear compartments of jet airliners).

An expansion such as this would also oblige people to come up with alternative energy solutions to propel these trains. Perhaps one is then allowed to envisage new kinds of trains, which might be powered entirely by solar energy and other renewable sources. This, in turn, might mean that the trains are not the super-fast bullet trains that science fiction pushes us to imagine; a bit like a sailing ship, a new-era train might pick up speed or slow down or even temporarily stop, depending on the cloud cover or the wind conditions. And, so, we would have a world where a person could take a train from Hanoi to The Hague, from Sevilla to Seoul, from Patna to Porto; we would also have the phenomenon of the great ‘pole to pole’ or simply northsouth routes, from Anchorage to Buenos Aires, from Stockholm to Stellenbosch, from Kamchatka to Kanyakumari. At some points of the earth, there would be unavoidable sea-links, but save these the whole world would be connected by a vast tracery of rail tracks.

This is an open-source fantasy so everyone is welcome to add their twists and detailing to the idea, but in a scenario such as this a couple of things are bound to happen. First, our entire conception of time and travel would undergo radical transformation. As in centuries past, transcontinental travellers would have to ink in weeks and months for their journeys across a calendar year. In the same way that people now turn the most unlikely places into vegetable gardens, people will have to find useful and interesting mental things to grow on the terraces, ledges and balconies of time they are presented with on these journeys; new kinds of thinking — perhaps a lot of it positive and progressive — may well emerge from the enforced, prolonged stillness-in-movement, new tracks laid in the human brain which might help prepare us for long space travel.

Second, new-era trains — not always air-conditioned — can perhaps never be a sealed-off tube like a jet airliner; the connection with the ground, the inevitable stations and change-overs, will oblige people to engage with a variety of others who are very different from them. As with the ports and the caravanserais of old, these interactions will not be simply transactional. New, more generous, and accommodating cultures might well emerge from this, killing off, once and for all, the weeds of toxic nationalism and jingoism.

Third, obviously, the assumption is that the passengers will all be connected to the internet through their devices; but it would be interesting to see what happens to this constant connectivity when it is paired with and challenged by a tangibly changing landscape just outside the train windows.

As you mull this over, imagine the excitement of someone who loves train journeys setting off for Howrah to begin a voyage that will take them from Calcutta and deliver them to Barcelona in approximately twenty days’ time