Why Tejashwi feels like laughing at Nitish's fixation on prohibition

DELHI DIARIES: In Kerala, Sreesanth falls back on cricket; in Manipur, BJP undercutting allies too 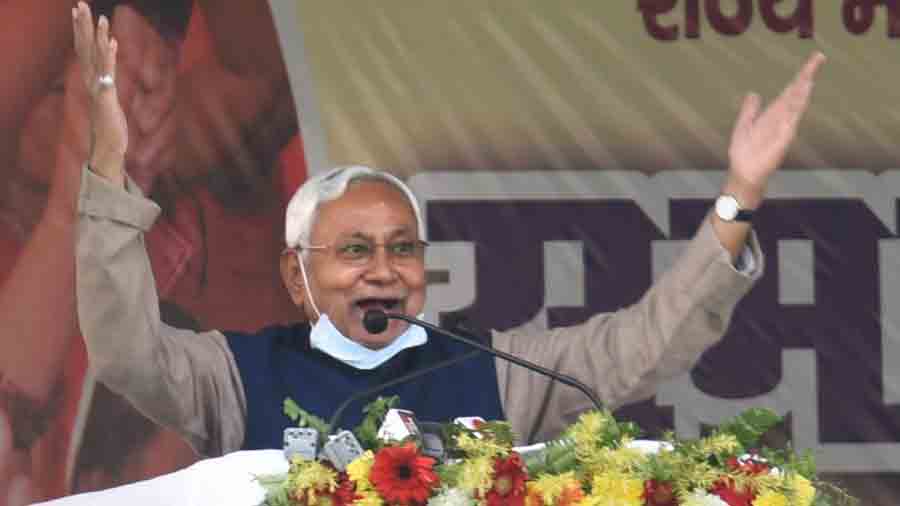 The chief minister of Bihar, Nitish Kumar, took his dedication to prohibition to the next level recently by claiming that alcohol consumption can cause AIDS, a disease that everyone knows is caused by the human immunodeficiency virus. While addressing a public meeting as part of his ongoing statewide ‘social reform campaign’ against liquor, dowry and child marriage, Kumar listed a plethora of diseases caused by drinking alcohol, including AIDS, cancer, hepatitis, tuberculosis and heart ailments. The audience clapped and the entourage of ministers, legislators and senior bureaucrats sharing the dais also agreed instead of correcting him. Later, some of them reportedly admitted that there is no definite correlation between liquor and diseases like tuberculosis, hepatitis or cancer. However, the leader of the Opposition, Tejashwi Yadav, grabbed the opportunity and said: “I am laughing at the knowledge of the chief minister. I will not comment on it much, but he is feeling cornered and has started speaking absurd things. He knows that the ban on liquor has failed in the state.”

Back in the game

​​​​​​The former pacer of the Indian men’s cricket team, S Sreesanth, is back in the news in Kerala. The cricketer-turned-politician has been selected for the preliminary squad for the Ranji Trophy from his state. This comes after he was banned from playing for seven years by the Board of Control for Cricket in India for spot-fixing. The 38-year-old who had joined the Bharatiya Janata Party and even contested the 2016 state polls from Thiruvananthapuram — he lost the elections — has kept everyone guessing about his next political move. After being out of competitive cricket for seven years, Sreesanth made a comeback in the state team last year. The man known for his on-pitch histrionics
is certainly going to stay away from politics, at least for now.

The ruling BJP has started strengthening its ranks in poll-bound Manipur. The party is not only targeting the Opposition, Congress, but also its ally, the National People’s Party. In August last year, the former Manipur Pradesh Congress Committee president, Govindas Konthoujam, joined the BJP. Now, Letpao Haokip, the state sports minister, has left the NPP and joined the saffron party. Although such defections have become routine, it sent a message to the allies of the BJP that the party will only think of its interest during polls.

Along with its agenda of a Congress-mukt Bharat, the BJP is also covertly weakening its allies, even if they were crucial to its growth in the region. The Bodoland People’s Front and the Asom Gana Parishad in Assam — the former has since broken away from the alliance — lost much of its foothold after sharing power with the BJP.

The Biju Janata Dal leader, Prasanna Kumar Patasani, did what few would dare to do. Taking everyone by surprise, Patasani, who was denied a ticket to contest the 2019 Lok Sabha election from Bhubaneswar to accommodate the former Mumbai commissioner of police, Arup Patnaik, told a gathering that the CM, Naveen Patnaik, is yet to keep the promise of sending him to the Rajya Sabha.

The CM had apparently made the promise to prevent a possible revolt by Patasani that could hamper Arup’s chances of winning — he lost anyway. What riles Patasani is that in the last three years, the CM has sent other BJD leaders to the Rajya Sabha. The rumour is that Naveen Patnaik is upset as he feels that Arup lost the 2019 battle from Bhubaneswar because Patasani did not extend his wholehearted support.

Yati Narasinghanand, the head priest of Dasna Devi Temple, has reportedly said in a video that people turn into disciples of Gandhi after ‘becoming the king by using the names of Savarkar or Godse’. “Because you will get good things of life... your photo would appear on the currency notes; your name would be recommended for [the] Nobel Prize,” says Narasinghanand.

Narasinghanand had thought that after becoming the prime minister, Narendra Modi would change the socio-religious dynamics of India. As it did not happen to his liking, he began speaking against the Centre. Giriraj Singh, the minister of rural development and panchayati raj, reportedly held two meetings with him and his tone changed. But his religious-romanticism keeps haunting him every now and then.


A step too far

It is no secret that the Bangalore South MP, Tejasvi Surya, used communal rhetoric to build his political career. But his latest call to convert members of minority communities to Hinduism has certainly hit the wrong chord with the party leadership. Surya told mutts and temples to set annual targets to convert members from minority communities. The statement is believed to have caused much discomfiture, especially since Narendra Modi recently tweeted in praise of the “life and noble teachings” of Christ. But those who know Surya don’t believe he can keep quiet for too long.

After lying low for some time, Amit Shah has entered the Uttar Pradesh poll arena. Shah’s apparent disinterest in the UP polls was construed in BJP circles as a reflection of his unease over the rise of Yogi Adityanath. It is widely felt that if Adityanath manages to return to power, he will emerge as the successor of Narendra Modi, surpassing Shah. So why did Shah hurl himself into the campaign? The buzz in party corridors is that the PM has proded Shah to do so. The stakes in UP are too high.