At the same time, the medical fraternity must make sure that patients do not suffer because of its actions 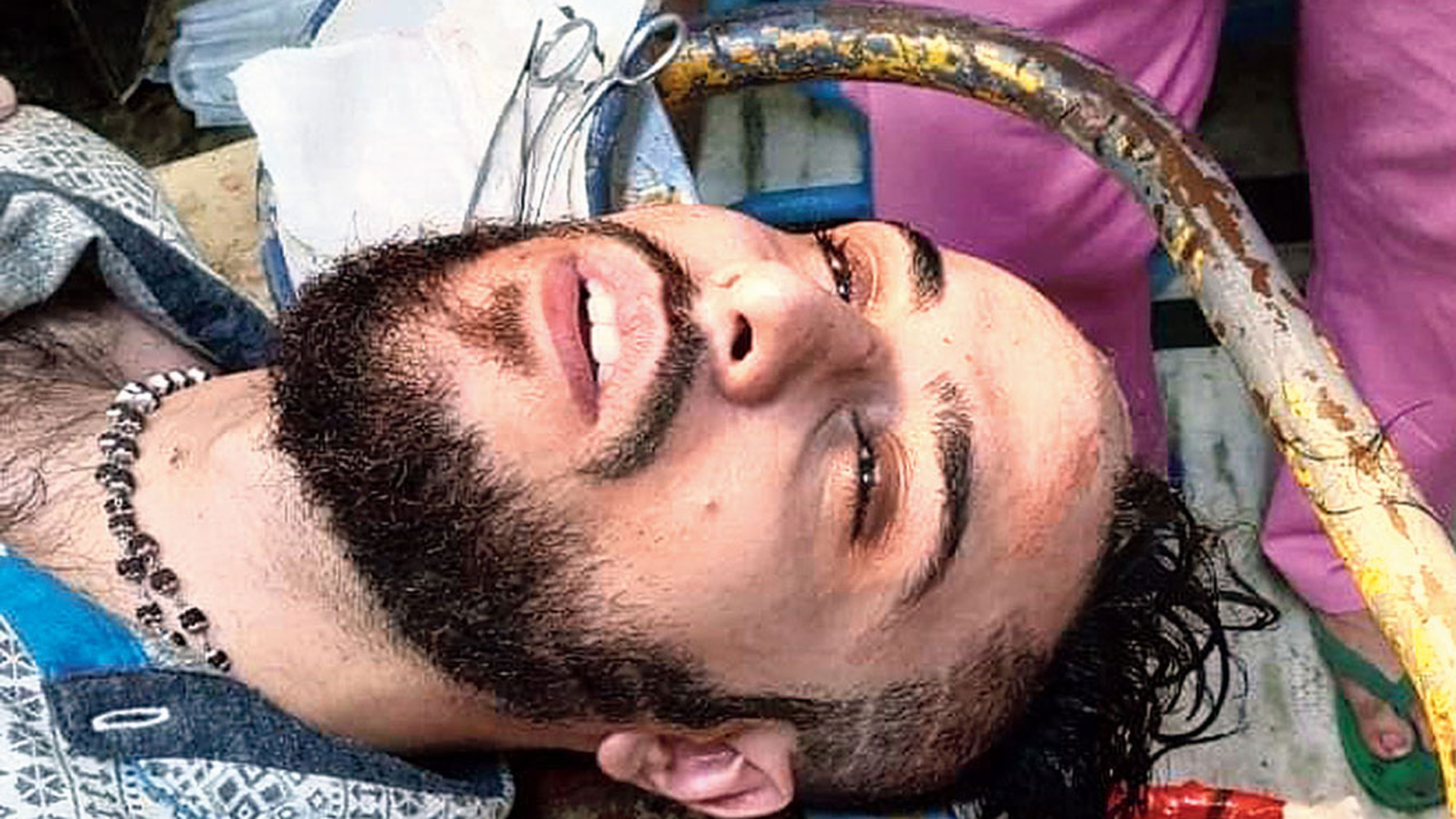 Paribaha Mukhopadhyay, one of the two junior doctors at NRS Medical College and Hospital who was injured in the attack on June 10, 2019. In 2017, the Indian Medical Association is reported to have found that 75 per cent of Indian doctors face violence in the workplace.
The Telegraph picture
The Editorial Board   |     |   Published 13.06.19, 04:08 AM

Violence never has happy consequences. Two junior doctors were injured when, after the death of a patient in hospital, his relatives and a very large number of their friends and supporters attacked the medical staff. Junior doctors stopped work in a protest that spread throughout the state, affecting government hospital services and leaving numerous patients helpless. Violence against doctors and other members of hospital staff by patients’ kin and their supporters is tragically common in West Bengal, but it is not unique to the state. Not only other states in India, but even its premier medical institutions, such as the All India Institute of Medical Sciences, experience this kind of violence. In 2017, the Indian Medical Association is reported to have found that 75 per cent of Indian doctors face violence in the workplace. From the United States of America to China and Pakistan, this is a familiar phenomenon. But that cannot be an alibi. Some Indian states have one form or other of the Medicare Service Persons and Medicare Service Institutions Act for doctors’ protection, but there has been little effect so far. What the latest incident in Calcutta exposes is the government’s failure to implement systems for the security of medical staff. The nub of the matter lies here: it would not be unfair to perceive in this failure of successive governments a kind of indifference.

This does not, of course, excuse the virtual closure of government hospitals across the state because junior doctors stopped work. It is often the less privileged people who find succour in government hospitals. In some cases transported over long distances, many patients were left untreated as a result of the protest. A doctor’s life is not easy, for he or she honours service over all. The Hippocratic oath is a hard master. While physical attacks on medical staff should not only be condemned in the strongest terms with adequate penalties being levelled, and the government urged equally strongly to ensure that doctors are always protected, doctors’ protests too should seek other routes than the suspension of work. Anger, like violence, achieves little. It only allows politically polarizing forces to fish in troubled waters. As the government must face up to its responsibility of providing doctors with security, so the medical fraternity must make sure that patients do not suffer because of its actions.