There was a sincere concern for climate change and carbon footprints 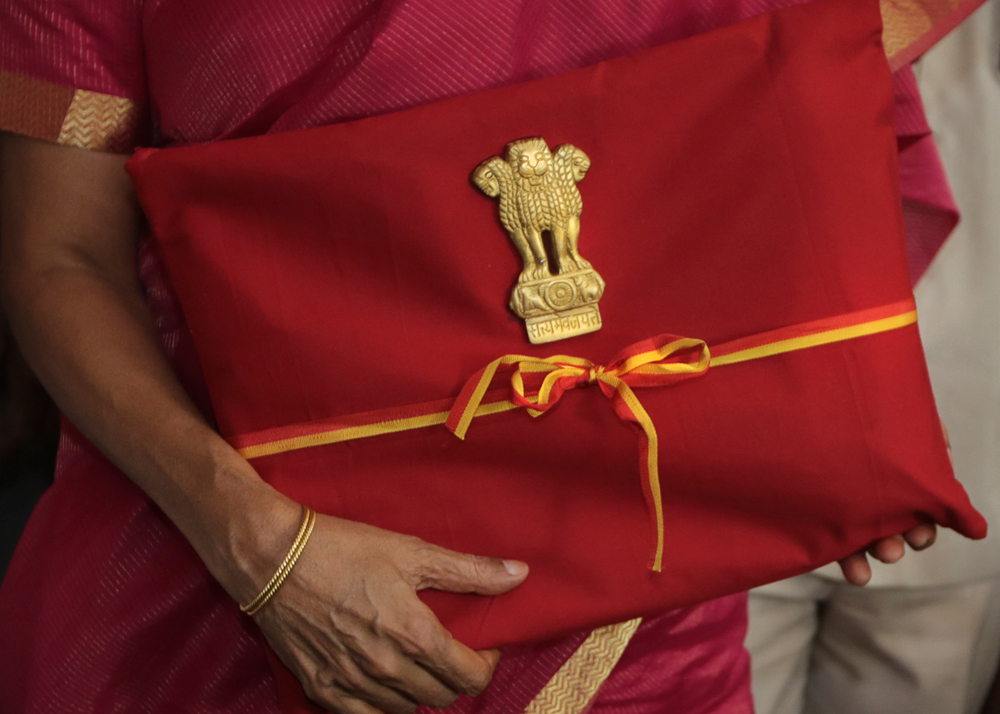 Nirmala Sitharaman carries the budget papers on way to Parliament on Friday. At best, the Union budget is a tweaked version of the interim budget.
AP photo
The Editorial Board   |   Published 07.07.19, 02:06 AM

The Union budget, contrary to expectations, did not contain any big bangs. The new finance minister’s style was unique in at least two ways. First, Nirmala Sitharaman did away with figures and measures as much as possible. Hence, it was not clear what the relative importance of the schemes were in quantitative terms. The budget resembled a set of wishes contained in a political manifesto. The second aspect of Ms Sitharaman’s presentation was her emphasis on procedural details of changes in the list of desired outcomes. The general expectation was that three things would be addressed in depth in the budget: boosting private investments, creating new jobs, and addressing farm distress. The first two issues were mentioned a number of times; the third was addressed indirectly. Investments would increase because the procedural ease of investing would improve, foreign investors would be made more welcome and start-ups would be scaled up. On the other hand, banks and non-bank financial institutions would be regulated more strictly and hence they would be in a better position to lend. It is not clear though how private investments would actually increase. Regarding employment generation, there was an implication that jobs would be created through scaled-up start-ups, the arrival of foreign investments, and the re-skilling of people, especially the youth. There was an ambition expressed that India would become an international hub of higher education. There was no direct announcement as far as rural distress was concerned, but an assurance was given on universal availability of electricity for rural households, toilets, green energy, affordable homes, roads and clean water. How this would create more income is not clear, although their availability for all in rural India would certainly improve the standard of living. All other schemes mentioned are mainly already in operation.

There was a sincere concern for climate change and carbon footprints. Hence renewable energy — especially solar energy — electric vehicles, rural solid waste management and water conservation would be prioritized, and incentives given for achieving targets in these areas. Similarly, an additional cess on petrol and diesel would achieve the twin objectives of generating tax revenue while making fossil fuels costlier. There was great emphasis put on changes in tax procedures. There are too many specific incentives and tax breaks. The emphasis on data, digital literacy and technology-aided tax governance is laudable, but it is unlikely to make tax collections completely free of opportunistic behaviour. It was mentioned, almost as an afterthought, that the fiscal deficit would be lower in 2019-20 at 3.3 per cent of gross domestic product compared to 3.4 per cent in 2018-19.

What emerged out of the finance minister’s speech was the overall emphasis on foreign investments and allowing foreigners to manufacture in India, a stress on cutting-edge technologies in information and communications, and the importance of addressing issues of environmental conservation. What all these would add up to in the coming years is unclear. At best, the Union budget is a tweaked version of the interim budget.