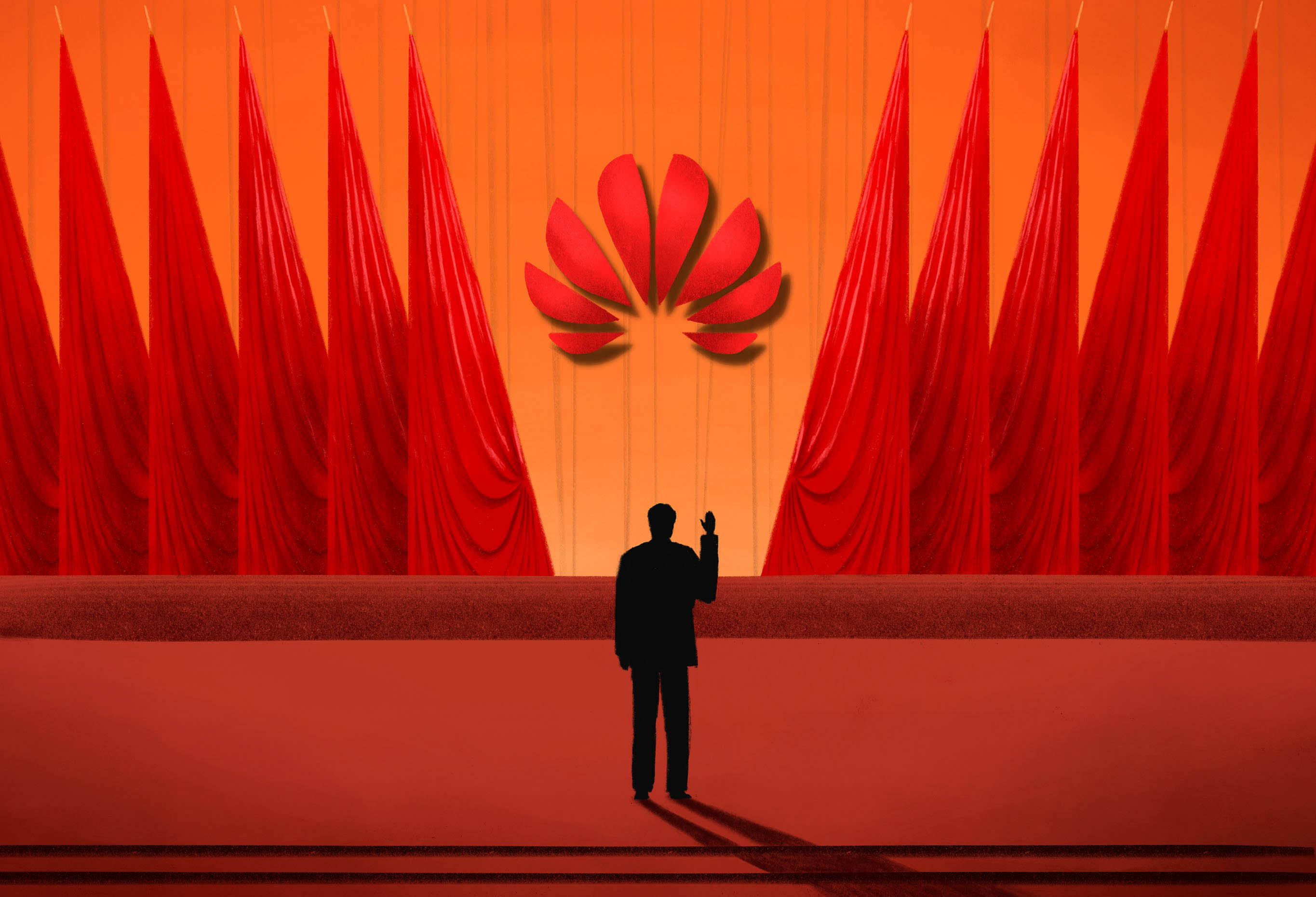 In recent months, the Trump administration has said China could use Huawei’s equipment to spy on other countries, although it hasn’t offered proof. Critics accuse the company of being controlled by the Chinese government. Huawei has repeatedly denied these allegations.
(NYTNS)
Li Yuan / New York Times News Service   |   Published 01.05.19, 12:08 PM

Huawei Technologies founder Ren Zhengfei once recommended that his senior executives watch a TV series called “Proof of Identity.” In that 2009 series, a communist spy who had infiltrated the nationalist army during China’s civil war struggles for years to prove his loyalty and identity after the communists prevail.

Today, 32 years after he founded the telecom giant with $3,000 of borrowed money, Ren is struggling to prove that Huawei is a private enterprise and independent of the Chinese government.

The task is more urgent than ever. In recent months, the Trump administration has said China could use Huawei’s equipment to spy on other countries, although it hasn’t offered proof. Critics accuse the company of being controlled by the Chinese government. Huawei has repeatedly denied these allegations, saying it is owned by its employees and wouldn’t spy on its customers.

Regardless of the issues of ownership and control, which have been subjects of heated debate, Huawei’s struggle stems in part from its own internal conflict. The company has been deeply influenced by Western competitors. Huawei wants to help determine the world’s technological future, and Ren himself has said the company may need to adapt to get there.

But at its core, from its organizational structure to the way it builds employee loyalty, Huawei closely resembles the Chinese Communist Party itself.

Ren’s management thinking “will naturally carry very deep imprints of the Communist Party culture,” according to a 2017 book, “Will Huawei Be the Next to Fall?” (A different version was published in English as “The Huawei Story.”)

Although effusive in tone, the book — named after the sort of question Ren often poses to employees to inspire urgency — offers hints of why Huawei has struggled to reconcile its global ambitions with its Chinese values. The book benefits from access, including interviews with more than 100 top executives. The lead writer, Tian Tao, a management professor, has been a friend of Ren’s for two decades, and Huawei sometimes gives out copies as gifts.

Huawei disputed that its internal identity contributed to its problems. Citing strong financial results, it said in a statement that “overall, Huawei’s identity is accepted by customers across most of the world.”

“All we can do to address the issues of identity is to remain open and transparent, and we intend to do that,” it added.

Huawei isn’t the first Chinese institution to grapple with how to relate with the rest of the world.

Since the late 1800s, China has debated how much it should learn from the West while retaining what many people see as core Chinese values: patriotism, loyalty, collective values over individual rights. The idea is known as “Chinese substance, Western application,” and it calls for seeking the tools for China’s economic and military revival without embracing ideas like individual rights, rule of law and transparency.

That model served China well for decades. But it falters when institutions like Huawei start reaching out to the rest of the world. Many in the West worry that Huawei doesn’t share their values and that it could become an actor for an authoritarian state. It will take more than a few rounds of media interviews to overcome that mistrust.

Ren understands the differences between the two systems. In a September speech, he instructed the company’s public relations department to highlight the Huawei values that align with the West to help reach consensus.

“We have our own value system. We don’t accept the Western political value system completely,” Ren said.

Still, he added: “Their civilization was built in thousands of years. A small company like Huawei won’t be able to change it.”

Judging from the book, his speeches and other appearances, Ren is a student of Western learning. He has said he admires US political and legal systems because they offer better protection for businesses — not an unusual idea among China’s business class. He paid IBM consultants for nearly two decades to help Huawei institute US-style corporate management. To catch up with the Western competitors, he once said, Huawei needed to “wear American shoes” even if it meant hurting its feet.

“Only by learning from them with all our humility can we defeat them one day,” Ren was quoted as saying in the book.

Still, while Huawei is eager to learn from the West, its soul is steeped in Communist Party culture.

“In a country with little business management philosophy and experience, China’s entrepreneurs had to resort to the traditional political and party culture for guidance,” according to the book.

Huawei’s structure looks strikingly similar to the party’s. Each is run by a senior group of seven officials, with similarities even further down the line. It calls its management training program its Central Party School, which is the name of the Communist Party institution that trains promising cadres.

When it comes to team-building and loyalty-building, Ren turned to the party’s system of self-criticism, in which cadres confess to their misdeeds. Self-criticism sessions are called “democratic life meetings,” just like the party’s.

“This is the Chinese heritage,” the book’s authors wrote. “Western companies will never understand it. Even if they understand, they won’t be able to practice it.”

Huawei also routinely holds ceremonies for its executives, from the board down, to pledge integrity and honesty, much as the party does. Ren, a former military engineer, also infuses Huawei with a militant culture. He sometimes refers to major business deals as a “Battle for Triangle Hill,” a reference to a clash during the Korean War that included Chinese and US troops.

The ultimate Battle for Triangle Hill, he has said, is to surpass US rivals. His 2012 annual letter ends with the sentence, “With lofty aspirations and esprit de corps, we are striding across the Pacific Ocean,” referring to the lyrics of a famous song about the Chinese army crossing the Yalu River to fight the Americans and South Koreans.

He told CNBC that he liked using military terms because they were easy to understand. “When I can’t find a better term to easily describe how business works, I use military terms,” he said.

Although Ren is Huawei’s chief executive, he has said he holds no decision-making power except for vetoing proposals and removing executives from their posts. Huawei’s board secretary, Jiang Xisheng, told journalists last week that Ren had limited veto power.

But within Huawei, he is clearly the paramount leader.

“One can’t use one’s veto and impeachment power too often. Once or twice a year would suffice,” he was quoted as saying in the book. “Nuclear deterrence only works when the bomb remains unexploded.”