Ms Mayawati has returned to an old trick: forge a broader solidarity between Brahmins and Dalits 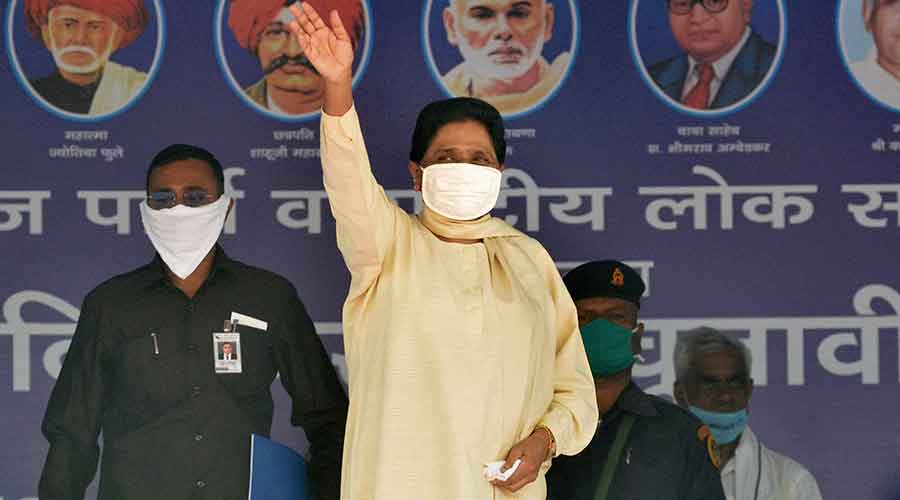 Politicians often strive to resurrect tried-and-tested formulae, especially when the chips are down. This seems to be the case with Mayawati and her Bahujan Samaj Party. The BSP’s electoral tally has been dismal in recent times. It performed miserably both in the assembly elections in 2017 as well as in the parliamentary polls two years later. The debacles seem to have forced Ms Mayawati to return to an old trick: forge a broader solidarity between Brahmins and Dalits. At least, her recent overtures to Brahmins — she pledged to protect the interests of the community at a function — are indicative of her endeavour to breathe life into that famed rainbow alliance. The political compulsions are obvious. In a state where political fortunes are usually determined by caste equations, there are persistent rumours of the Bharatiya Janata Party under Yogi Adityanath alienating its Brahmin supporters on account of the chief minister’s patronage to their rivals. Political attempts to woo Brahmins are, however, not limited to Uttar Pradesh. Several welfare schemes have been launched in Andhra Pradesh, Telangana and Karnataka that cater exclusively to the interests of the community. Exclusion is the hallmark of these welfare programmes, be they for education or entrepreneurship. Initiatives to promote Vedic education in all three states, for instance, remain the sole prerogative of Brahmin students.

What makes this surge in neo-Brahminism in welfare curious is India’s history of affirmative action. The current argument — a perverted one — appears to be that if Dalits can stake claim for State assistance, so can other caste groups. Aggravating economic distress and the erosion of the State as a guarantor of some kinds of employment have, undoubtedly, heightened the pitch for such demands. But the point is that the principle of social justice is distorted by such a proposition. There is no denying the fact that Dalits have been — and continue to be — victims of unprecedented discrimination. The scale of the injustice and their underprivileged status justify the State’s affirmative interventions. But ascriptive identity cannot be used as a yardstick to address complaints of penury and backwardness — real or imagined — of other castes historically associated with embedded social privileges. The ultimate goal of reservation — its execution, but not its spirit, may have been faulty — was to create, at some point in the future, an even playing field for all social groups. That constitutional vision is in shreds. Competitive politics and populist welfarism, both of which are inimical to the social fabric, are two principal causes of this.