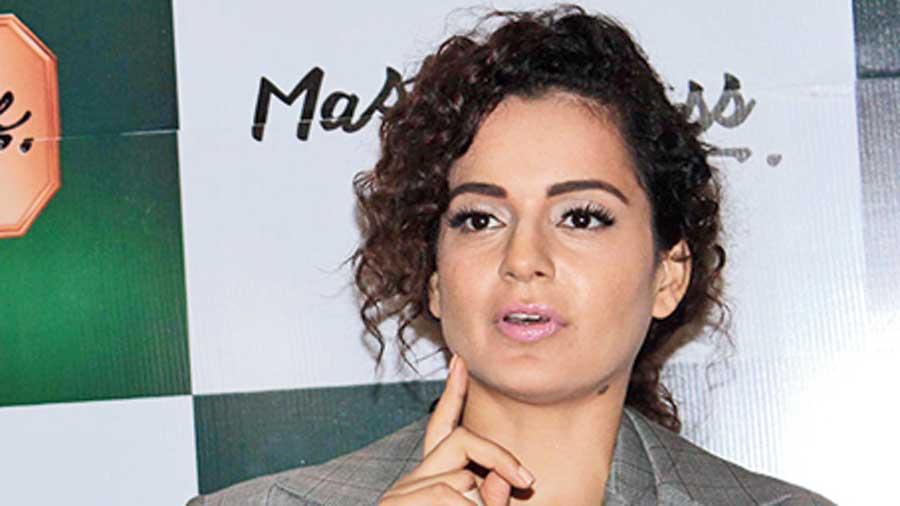 The Bharatiya Janata Party was initially shocked when the actor, Kangana Ranaut, compared Mumbai to ‘Pakistan-occupied Kashmir’. The party wanted to stand beside Ranaut because of her clear pro-BJP positions but could not figure out how to do so. One member of the legislative assembly from the BJP in Maharashtra even put out a statement that he does not agree with Ranaut comparing Mumbai to PoK.

The Central BJP leaders, however, were not ready to give up so easily. The party has been frustrated of late with what it calls the ‘Left-Congress cabal’ beating it on social media platforms. It wants its electoral domination to reflect on social media too. After a brief lull, members of the Central leadership jumped to Ranaut’s defence, without, however, referring to her comment equating Mumbai to PoK. “When you tell you feel unsafe in India you are a celebrity [sic],” said the BJP general secretary (organization), BL Santosh, in a tweet, referring indirectly to Aamir Khan’s comment in the past. “If you tell Mumbai is unsafe you are hounded day in & day out. This double standards has discredited the left liberal eco system [sic],” Santosh added. He and some other BJP leaders also sharply criticized the Maharashtra chief minister, Uddhav Thackeray, for trying to deflect attention from the state government’s failure to tackle the coronavirus by targeting “individuals”. They conveniently forgot that their government at the Centre has been using a similar tactic to shift focus from the Covid-19 mess in the country and the recession caused by the Centre’s pre-pandemic actions.

Amid growing concern over the surge in Covid-19 cases in Assam, there was also something to cheer about as two political arch-rivals — the Congress veteran, Tarun Gogoi, and his one-time blue-eyed boy-turned-bête noire, Himanta Biswa Sarma — used the unprecedented health crisis to convey that politics need not come between personal relationships. Sarma has gone all out to ensure that the Covid-19-infected former chief minister receives the best treatment available at the Gauhati Medical College and Hospital: from having a doctors’ team monitor Gogoi’s health 24x7 to personally visiting him thrice in complete PPE gear. Gogoi, too, has publicly acknowledged Sarma’s gesture; burying the bitterness of the past even if only momentarily.

Assam’s popular singer-composer, Zubeen Garg, is back in his anti-Citizenship (Amendment) Act groove following the controversy triggered by the agriculture department’s announcement last month about roping him in as its brand ambassador. Garg’s fans and admirers reacted strongly to the announcement. They felt that Garg, who was at the forefront of the anti-CAA protests last year, has gone soft on the government and the contentious legislation that is seen as a ‘threat’ to Assamese culture and identity by those opposed to it. Garg made it clear this week that he would not take up the agriculture department’s offer and would continue to raise his voice against the CAA.

The BJP ecosystem might have hyped up the Sushant Singh Rajput case keeping the Bihar election in mind but the ultimate political gains and losses will have to be calculated by observing the entirety of the controversy. The markedly high level of interest shown by the Nitish Kumar government in the case made it clear that the motive was to whip up Bihari sentiment. But the leaders from the ruling combine in Maharashtra believe that the BJP badly damaged its prospects in the state, as a majority of the people in Mumbai and other places did not appreciate the aggressive campaign against the Shiv Sena leadership. The condemnation of the Mumbai police and the transfer of the case to the Central Bureau of Investigation also hurt local sentiments.

The attempt to drag Aditya Thackeray’s name into the controversy also appears to have boomeranged, forcing the former Maharashtra chief minister, Devendra Fadnavis, to offer clarifications. Interestingly, Aditya Thackeray has a clean image and leaders across political parties vouch for his integrity and character. The controversy had an unintended benefit: it brought the three allies — the Shiv Sena, the Congress and the Nationalist Congress Party — closer than ever before. One Congress minister said, “The BJP and its pet TV channel committed a blunder by dragging Aditya’s name into the controversy... People are going to teach the BJP a lesson in the next Maharashtra election. They will be wiped out if this alliance survives till then”.

The Union power ministry had grandly launched an Atal Distribution System Improvement Yojana — ADITYA — a while back as an effort to help power distribution companies pare down losses and ‘effectively monitor’ consumption and its patterns. When the Shiv Sena broke ties with the BJP and crossed the floor to form the government in Maharashtra with the Congress and the NCP, the name of the scheme was suddenly dropped. Some reckon it was because the Centre wanted no reflection of the Thackeray scion in its schemes. The scheme apparently continues to run, but is yet to get a new name.

From the day Sonia Gandhi airdropped Shashi Tharoor as the nominee for Thiruvananthapuram around 11 years ago, the local leaders were unhappy. But when his Lok Sabha colleague, Kodikunnil Suresh, called him a ‘guest artist’ and ‘immature’, the party was forced to rally behind Tharoor. Even those who refused to campaign for him went against Suresh’s diatribe. But party veterans will not give the new-found unity much of a chance, especially since the state polls are just months away.