Typical BJP: start the mischief, allow it to fan, then talk pluralism 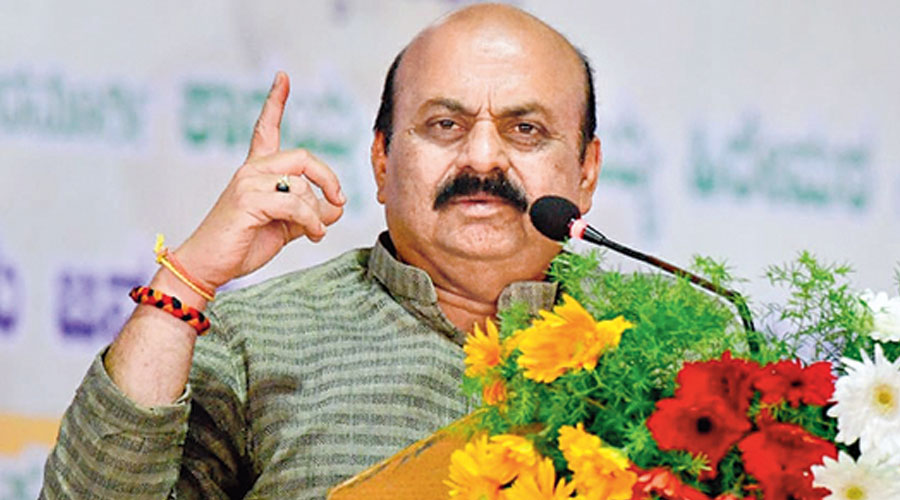 Secular amity and the Bharatiya Janata Party are like the proverbial chalk and cheese. So it may well be bewildering to see BJP leaders in Karnataka suddenly blowing the pipe of religious brotherhood. The chief minister of Karnataka, Basavaraj Bommai, has reportedly discovered the merit of equity, remarking, during a tour of Udupi, that all citizens are equal. The state law minister has gone a step further and  warned militant Hindu organizations not to cross the line. There are two plausible reasons for this sudden change in tactic. Karnataka’s image as a business destination — the state is home to a sizeable and lucrative information technology sector — has been sullied by a number of orchestrated campaigns by Hindutva groups seeking to further weaken an already fragile social fabric. They have included, apart from local inflammations and unsavoury remarks by politicians, the flames lit against the hijab, the call to ban Muslim traders from fairs near temples and, more recently, the targeting of halal meat. The unrest has dire implications not only for society but also for the state’s inclusive economy, a point that was made by Kiran Mazumdar-Shaw recently. The paeans sung — belatedly — by Mr Bommai may be a response to the criticism.

The other factor concerns the political dynamics within the BJP in Karnataka. The former chief minister, B.S. Yediyurappa, continues to cast a long shadow on state politics and on Mr Bommai. Mr Yediyurappa’s sudden yearning to end the politics of division, the seeds of which have been carefully sown by the party he serves, is merely a strategy to pile the pressure on his successor. Mr Bommai, who is acutely aware of Mr Yediyurappa’s influence on the ground, is thus being forced to sing along. But this is typical of the BJP. After starting the mischief and letting things go out of hand, the party invariably projects its commitment to pluralism — for a while. But such overtures need to be taken with more than a pinch of salt. This is because even as Mr Bommai and his lieutenants tried to douse the fire by making conciliatory noises, the communal flame was burning brightly all over India. Ram Navami, for instance, witnessed a series of disturbances in Madhya Pradesh, Gujarat, and some other states under the watch of India’s minders.