Advertisement
Home / Opinion / Picnics that are bad for the planet

Picnics that are bad for the planet

Picnickers should use bins to dump garbage, instead of littering 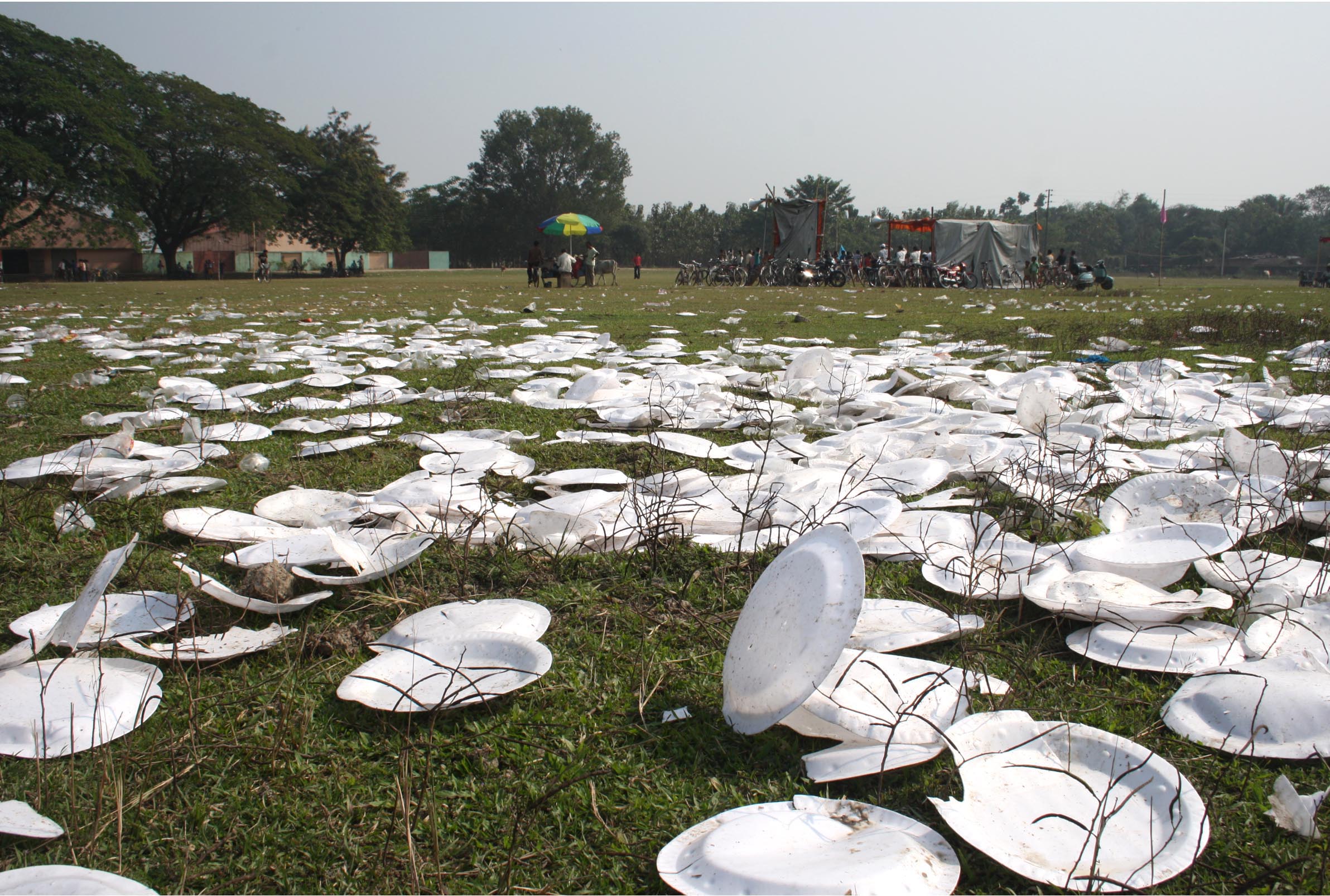 Unfortunately, even today, picnickers use plates and cups made of plastic or styrofoam, which pollute the environment
The Telegraph file photo
The Telegraph   |     |   Published 04.01.19, 11:55 AM

Sir — Winter is synonymous with picnics. Unfortunately, even today, picnickers use plates and cups made of plastic or styrofoam to serve food, water, tea and so on. These products pollute the environment. Worse, these are not disposed of properly and open spaces are left full of rubbish. Picnickers should instead use products made of sal leaves and earthen cups which are eco-friendly. Also, bins should be used to dump garbage, instead of littering the picnic spots.

Sir — The Indian team should be congratulated for registering a convincing 137-run win against Australia in the Boxing Day Test at Melbourne. India has taken an unassailable 2-1 lead — since they won the Border-Gavaskar Trophy the previous time — before the final clash at Sydney (“Virat talks of hard work, doffs hat to the bowlers”, Dec 31). Beating Australia at home has never been easy. But the Indian team under their irrepressible captain, Virat Kohli, were determined to win. The victory at Melbourne is the perfect New Year gift for Indian cricket fans.

Sir — Test matches can either be predictable and boring or closely fought, competitive and stressful. The third Test at Melbourne unmistakably fell in the second category where the Indian team, led by Virat Kohli, managed to keep an upper hand throughout. From Cheteshwar Pujara’s century and Mayank Agarwal’s promising Test debut to Jasprit Bumrah’s brilliant six-wicket haul in the first innings and Ravindra Jadeja’s promising comeback, things fell into place for India to script a historic win. Australian batsmen had no answer to Bumrah’s deceptive googlies. No wonder, the team was bundled out for a paltry 151 in the first innings against India’s total of 443 for seven. The only Aussie who showed some resistance was the all-rounder, Pat Cummins, who not only took six wickets in the second innings but also scored 63 runs.

India have proved that they can fare well even overseas. Kohli has matured as a captain; his field setting helped India’s fortunes. By taking a lead in the series, India seem confident about winning the final Test as well.

Sir — Kudos to Team India for winning the third Test against Australia. The 2-1 lead in the four-Test series will undoubtedly give India the confidence to accomplish what no Indian team has ever done before: win a Test series Down Under. India have shown that things like a wet outfield or sledging do not affect their performance. Indian fans are now anticipating a grand victory in the final Test at Sydney.

Sir — The third Test match proved Virat Kohli’s mettle as captain. Those raising questions about Kohli’s captaincy skills should remember that occasional missteps do not change this.