The state, expectedly, is up in arms against the proposal, viewing it as an attempt on the part of the BJP to engineer a demographic shift 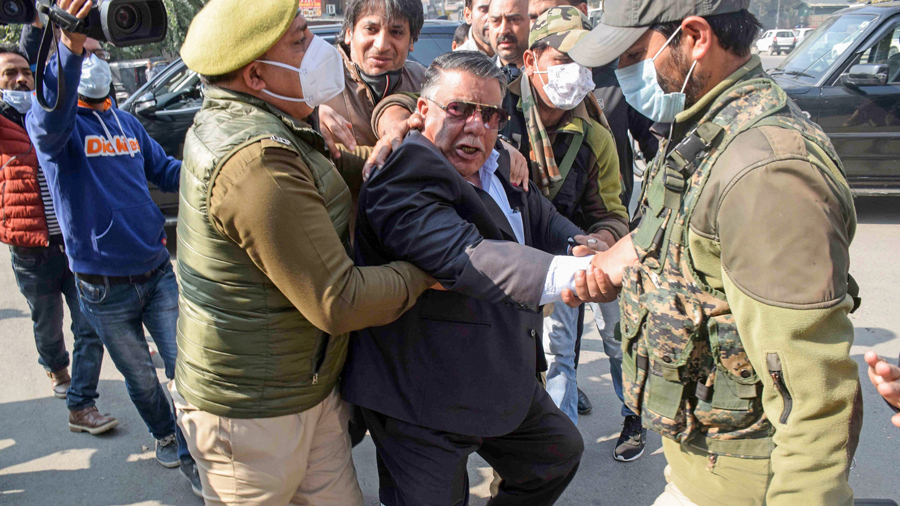 The Bharatiya Janata Party-led Central government is on record stating that the abrogation of Article 370, which provided the former state of Jammu and Kashmir with special provisions, was necessary because of two reasons. First, it would facilitate greater integration between the region and the rest of the country. Second, it would generate momentum for industry and development by doing away with provisions — only permanent residents were permitted to purchase land earlier — that the BJP deemed exclusionary. Integration as a principle is certainly a desirable objective. There can be no objections, at least in theory, to the idea of Indian citizens purchasing land or residing in any part of the country. But this right cannot ride roughshod over the anxieties of local communities concerning ownership. This is the reason why special provisions are in place in the Constitution to grant protection to the rights of property of local or indigenous people not only in Kashmir — always the focus of the BJP’s divisive narrative of privileges — but also in other states. Article 371(A) honours Nagaland’s customs on land transfer and ownership; Article 371(G) extends similar privileges to Mizoram; sale and purchase of land and property is regulated by Article 371(F) in Sikkim as well. This protective armour goes to show that the founders of the Constitution were sensitive to the need of integration being predicated on collective consensus rather than unilateralism.

Of course the BJP’s comprehension of such wisdom is inadequate. This ignorance — an ideological wart — has been exposed, once again, by the Central notification permitting outsiders to purchase non-agricultural land in Jammu and Kashmir. The Valley, expectedly, is up in arms against the proposal, viewing it as an attempt on the part of the BJP to engineer a demographic shift. The absence of consultation with the people and their political representatives on such a sensitive issue has amplified their concerns. Interestingly, Hindu-dominated Jammu — a steadfast source of support for the BJP — is equally indignant: the Dogras are of the view that their identity is under threat. The resultant political churning, while being inimical to the BJP’s prospects, could be a rare occasion where Jammu and Kashmir are speaking in one voice. These developments reiterate the need for the framing of a national policy that would create uniform, equitable conditions for purchase of land while securing the rights of affected communities.