The Cricket Association of Bengal's intention to rename Eden Gardens is not only a sacrilege of the highest order, but an illegal intention in the extreme. The Eden Gardens property does not belong to CAB. The land is owned by the ministry of defence of the government of India. CAB is under the false impression that they are the owners. They are only a lessee, nothing more. 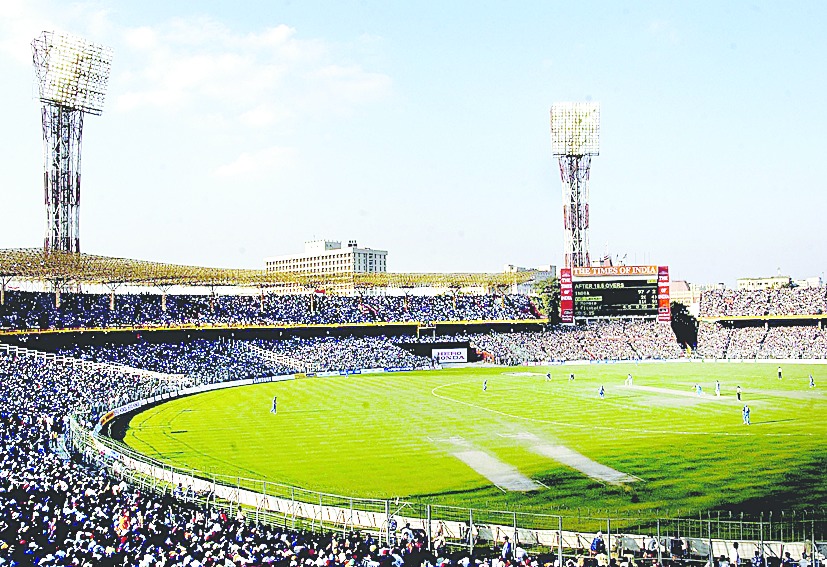 The Cricket Association of Bengal's intention to rename Eden Gardens is not only a sacrilege of the highest order, but an illegal intention in the extreme. The Eden Gardens property does not belong to CAB. The land is owned by the ministry of defence of the government of India. CAB is under the false impression that they are the owners. They are only a lessee, nothing more.

Although the original owners of the Eden Gardens property cannot be conclusively deciphered at this point of time, the huge expanse of land, stretching from the river Hooghly to the Raj Bhavan (earlier Governor's House) was in the possession of Lord Auckland, the governor general of India from the early 1840s. At the time, the land was cleared and nursed by the sisters of the governor, Emily and Fanny, and converted into a park where the citizens of Calcutta - then the second city of the Empire - would entertain themselves. The park was known as the Auckland Circus Gardens.

Later in 1864, the western extremity of the huge campus was presented by the government to the Calcutta Cricket Club, which did not have a permanent cricket ground despite its recorded existence since 1780 (not in 1792, as is claimed usually). Since then, the cricket ground as well as the remaining part of the park came to be known as the Eden Gardens, in deference to Lord Auckland whose family name was Eden. Thus the name Eden Gardens came into being exactly 151 years ago.

'Eden' is named after a person, as is 'Lord's' in London. Just as Eden happens to be the family name of Lord Auckland, the 'Lord's' takes after the gentleman, Thomas Lord, who used to own the Marylebone property in London around the mid 1780s.

After Independence, the Eden Gardens property was transferred to the government of India. The ministry of defence took charge of the ground as it did of the property adjoining Fort William. Today the scenario has not changed at all. The ministry of defence is the rightful custodian; they are very much in charge of the property in and around the Maidan; special permission has to be taken from them for any function, event and activity in their area.

With this scenario in existence, it was indeed surprising to learn that some people in the CAB wish to change the name of the ground that does not even belong to them. I really wonder if such an illegal act can be done in broad daylight without any resistance from any quarter. The rational section within the corridors of CAB has to put on its thinking cap and realize the import of its highly illegal dream.

An information has been fed to the media that in London, the Oval ground has been recently renamed. The actual issue is that the Surrey County Cricket Club was in dire financial straits and that the property belonged to them. If the property belongs to them, then they have every right to do whatever they wish to do with it. Even then, when the Kennington Oval - the original name, after the South London district where it is based - was being renamed, there was a genuine outburst from cricket lovers.

Eden Gardens is heritage property. The ministry of defence is the custodian. The land belongs to the nation. CAB is neither the owner of the land nor has any right to the name of the ground. CAB came into existence only in 1928 (not in 1930, as some think). The cricket ground and its name, Eden Gardens, has been in existence since 1864.That means CAB came into being 64 years after the cricket field was christened Eden Gardens. Even the Calcutta Cricket Club, the original lessee since 1864, never claimed that they were the owners either of the land or the name of the ground. When the CCC returned the cricket ground to the ministry of defence after Independence, the National Cricket Club became the first lessee and only after them, the CAB.

To have a sponsor's name attached to the name Eden Gardens is nothing short of sacrilege. If it really happens then the next victims would be the Victoria Memorial Hall followed by the Taj Mahal. I cannot imagine that we would sell our souls just for some lucre. I am sure the citizens would protest. It is time we stopped our heritage buildings being sold on the auctioneer's hammer.

If the CAB still feels that it is in dire need of financial support, how about changing its own name? How about having the sponsor's name before its own name, as some of the clubs have done? I do not personally support this idea in any way. I fervently believe that heritage institutions - clubs, buildings, universities - should not fall victims to the lure of a few more gold nuggets.

Today, Eden Gardens ranks among the heritage cricket grounds of the world. Its name and fame are priceless. Its lineage goes back no less than 150 years. How can one quantify the price of the name of Eden Gardens? How can one even conceive of doing so?