Specialists have asked for a policy that will not just chart out the what, where and how of trees being planted, but also — this is most important — how they are taken care of 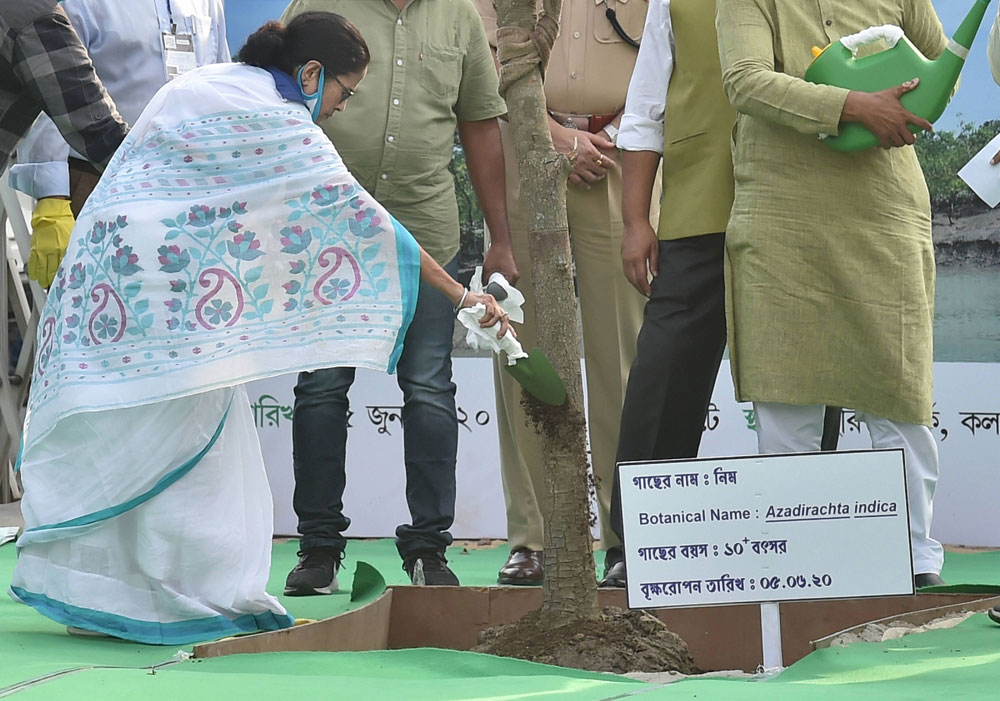 The cycle of life goes on — this is the message that this World Environment Day brought to West Bengal. Plantation drives organized by both the government and non-governmental organizations held out the hope of renewal in the wake of Cyclone Amphan that uprooted thousands of trees in Calcutta alone. The chief minister herself oversaw the planting of 10-year-old trees — these have higher chances of survival than the saplings that are usually planted on such occasions — and promised that 10,000 trees would be planted in the city, while the Sunderbans would receive five crore mangrove trees. Hearteningly, instead of ornamental floral trees that dominated ‘beautification’ drives in the past, hardwood trees like neem were chosen for their ability to withstand strong winds. But monoculture can be as dangerous as ignoring the fruits for the flowers, upsetting the local ecological balance which thrives on diversity. An expert committee has reportedly been formed to monitor the process of tree plantation. It must consider the factors that left Calcutta’s trees especially vulnerable to the storm. Foremost among these is the wanton concretization of pavements around trees that did not allow their roots to go deep into the soil: an inspection revealed that several huge trees that were uprooted by the cyclone had roots that ran just two-three feet underground.

Specialists have also asked for a plantation policy that will not just chart out the what, where and how of trees being planted, but also — this is most important — how they are taken care of. Mere watering will not do. Regular and planned pruning — as opposed to the current practice of hacking of branches when they intrude into someone’s property — is the key to ensuring that trees can withstand high wind speeds. The government should heed such informed advice if only to curb such nefarious practices as exaggerating the scale of the green cover or the supply of poor quality saplings in the name of urban afforestation. The roots are weakened by public apathy too. The challenge, therefore, for the authorities would be to renew the symbiotic relationship between citizens and nature. What would save the city from the storms of the future is the invigoration of policy and public will to replenish the cycle of life.

Drive to replace felled trees with thinner ones begins