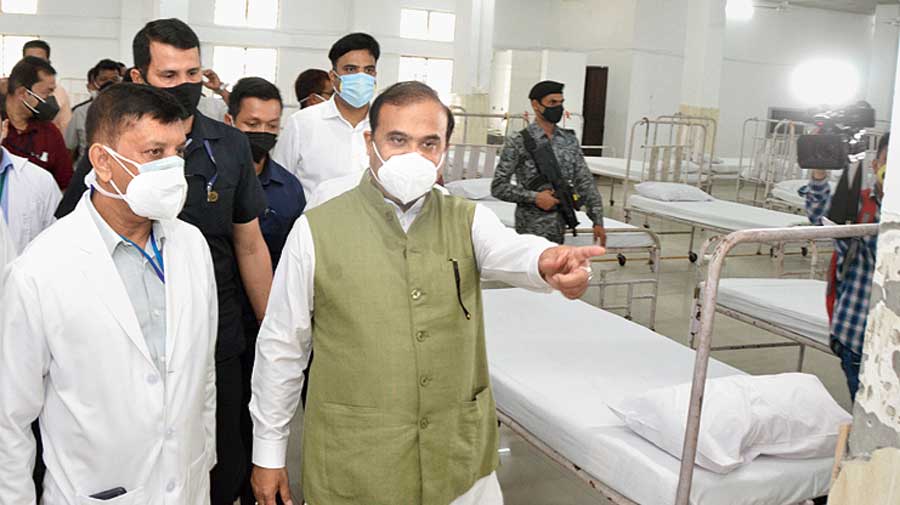 The re-elected Bharatiya Janata Party-led government in Assam has hit the ground running. With the first-time chief minister, Himanta Biswa Sarma, sticking to his there-is-no-tomorrow work schedule as in the past, most of his cabinet colleagues, too, are seen trying to match his pace. The new set of ministers are travelling much more than their predecessors, holding regular review meetings, setting deadlines and fixing responsibilities to meet their targets. Few also act tough in front of the cameras. This is not all. With ministers working without keeping an eye on the clock, the workload of senior bureaucrats has also increased. Deputy commissioners and designated additional deputy commissioners, too, have reportedly been asked to be proactive. They have been tasked with visiting hospitals during odd hours every day to ensure that Covid-19 patients get proper care. Senior doctors are on night shift for Covid duty. Sarma himself visits hospitals at around 2-2.30 am, and even calls up hospital managements across the state at odd hours to get feedback on the Covid situation. Government insiders say that they have not seen such energy before and hope that this dispensation ushers in the right work culture, something the state has always lacked. A man in a hurry, Sarma’s avowed goal is to ensure Assam’s place among the top five states in the country. The journey started on May 10, the day he took oath. Most hope this is not a false dawn. 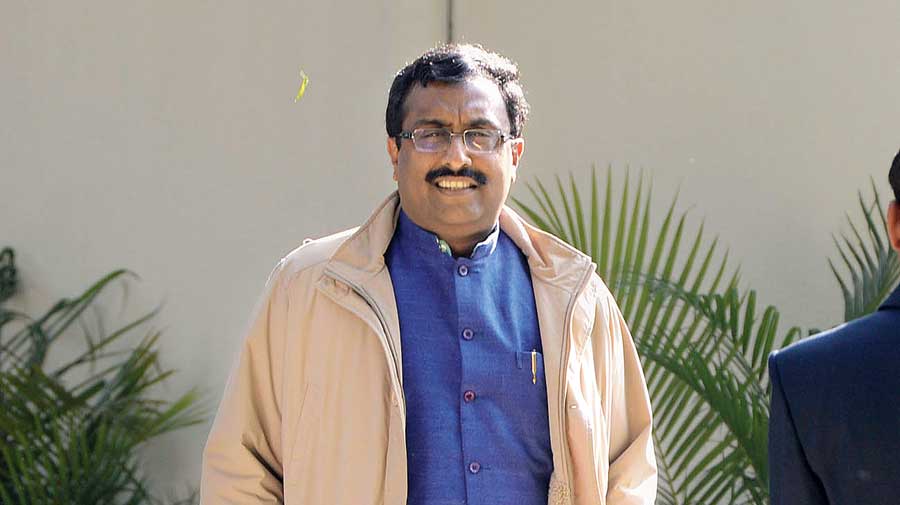 Edged out of the BJP, Ram Madhav appears to be trying his best to remain relevant and possibly bounce back. The former high-profile BJP general secretary was dropped in a party reshuffle and shunted back to the parent body, the Rashtriya Swayamsevak Sangh. His exclusion was seen as a reflection of the current regime’s annoyance with his style of functioning. However, instead of sulking, Madhav seems to be striving to please the bosses.
Madhav has been regularly writing newspaper articles, aimed at hailing and defending the Narendra Modi government. Recently, he argued firmly in favour of Modi’s pet project, the Central Vista. Critics have been slamming Modi for going ahead with the ‘vanity’ project, instead of using the money to save lives threatened by the pandemic. Madhav, in one of his articles, termed the Vista project a matter of “pride and necessity”. He is even liking and re-tweeting posts by BJP leaders, some of whom are said to have played a role in shunting him out. In another article on the completion of two years of Modi 2.0, Madhav devoted the majority of his words to shower praise on Modi’s leadership; but in conclusion, he sought to advise that the PM should put “greater focus on decentralism and cooperative federalism...” Here, Madhav seems to have erred badly, since the Opposition has already been accusing Modi of centralizing power and being dictatorial towards states.

The Shiv Sena, often attacked by the BJP for compromising on its ideology by joining hands with the Congress and the Nationalist Congress Party, has hit back hard by asking for the views of the RSS chief, Mohan Bhagwat, on the dead bodies floating in the Ganga and buried in the sand on riverbanks. The Shiv Sena leader, Sanjay Raut, expressed outrage at Bhagwat’s silence on the disposal of bodies without last rites being performed, saying that it should be a major concern for Hindus. ‘It is as important an issue as Ram temple in Ayodhya. Why is RSS chief silent? Is he not speaking on such a critical religious issue because of politics reasons?’ Raut asked.
What the Shiv Sena is trying to point out is that the RSS cannot be treated as the representative of Hindus and that all its activities are guided by political considerations. Even BJP leaders have not spoken a word on the bodies strewn on the riverbanks. This happened in Uttar Pradesh, where the sangh parivar’s beloved, Yogi Adityanath, is chief minister. Photographs from Prayagraj, Kanpur, Unnao and Varanasi were used the world over to stress the enormity of the Covid crisis in India. But the UP government remained in denial and avoided any debate on the violation of religious code. Some commentators from the RSS-BJP ecosystem tried to offer silly reasoning like bodies being buried in sand or thrown in the Ganga were not new practices and happened in the past as well. But nobody bought that logic and saw this as failure of the ‘Modi-Yogi double engine’. The Opposition has started using this as a major political plank to puncture the BJP’s Hindutva politics, arguing that the party failed to come to the rescue of Hindus as well. That the PM had said that he was called to Varanasi by Ma Ganga is also being highlighted by the Opposition as the riverbed along his constituency is now dotted with such shallow graves.

The recent poll debacle has left the Congress further divided in Kerala where a massive campaign is on to replace the state party president, Mullappally Ramachandran. The man-in-waiting to replace him is the Lok Sabha member, K Sudhakaran, whose stock has been rising within party ranks since the run-up to the state polls. Once popular mostly in northern districts, Sudhakaran — who, like his arch rival, Chief Minister Pinarayi Vijayan, hails from Kannur — has been garnering enough support in the southern districts mainly on account of his fiery oratory skills and courage to play hardball against a strong Communist Party of India (Marxist). Yet there are those who feel he would be too much of a shift from the party’s previous chiefs because of his brazen style of functioning. But only the Congress rank and file know how badly they need to rejuvenate the party and not leave any vacuum for the BJP that has been waiting in the wings for long. 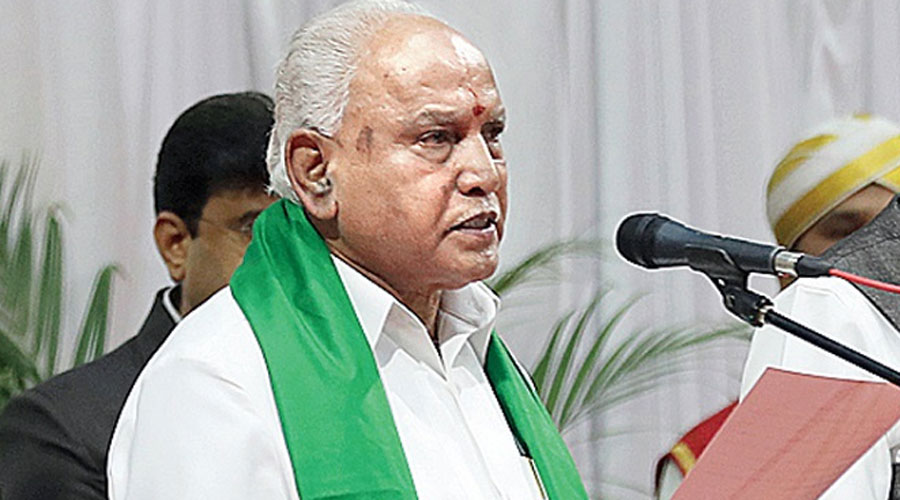 Although many have been seeking a change of leadership in Karnataka, citing inadequate Covid management, the pandemic seems to be helping the CM, BS Yediyurappa, hold on to the chair. At 78 years, the Lingayat strongman has already crossed the age barrier to be either sent to some Raj Bhavan or consigned to the dreaded margdarshak mandal that stalwarts like LK Advani were dumped into. With the support of some diehard loyalists in the cabinet, Yediyurappa seems set to be cruising for now.