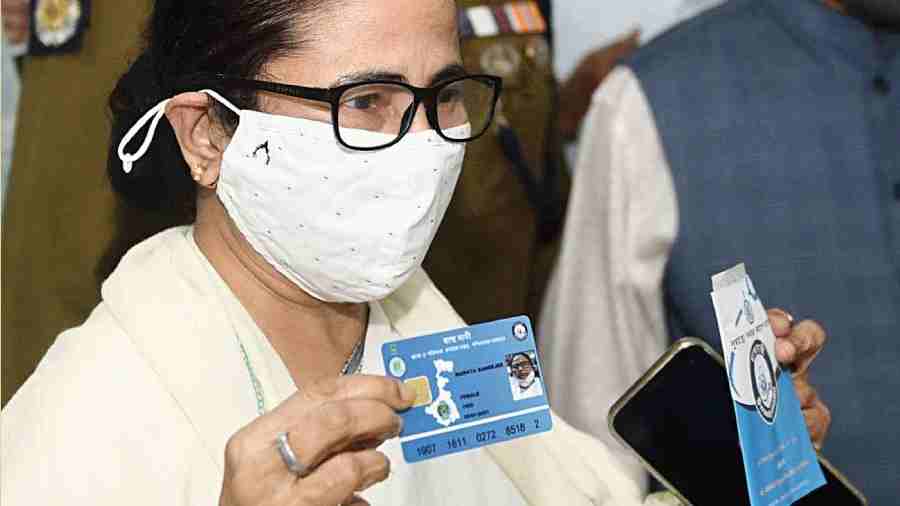 Despite underscoring a resolve to expand free healthcare through government hospitals, the state government ended up imitating the Centre’s bent towards the private-sector-oriented insurance model.
Soham D. Bhaduri   |   Published 13.10.22, 04:02 AM

Political competition on healthcare and allied issues is considered highly desirable in mature democracies. It helps elevate health in the political agenda which, otherwise, invariably knuckles under other important issues with greater popular appeal. Such competition has been accorded credit for the strong foundations of public healthcare that exist in some southern Indian states. However, it is also an imperative that political competition doesn’t turn into overt politicisation of healthcare and that competition occurs along lines that are sensible, expedient and not  populist. Unfortunately, this has seemingly failed to happen in the case of universal health coverage and publicly financed health insurance schemes in India, more starkly so for some states such as West Bengal.

PFHIs gained widespread popularity after the launch of the Rajiv Aarogyasri health insurance scheme in the then undivided Andhra Pradesh that yielded considerable dividends for the political dispensation of the day. Lured by the populist potential of such schemes, a spate of Central and state government PFHIs, with varying features but a more-or-less uniform design, followed. In 2018, the Centre launched the Pradhan Mantri Jan Arogya Yojana, which has gobbled up or integrated with the state-specific schemes across most states. While such integration of schemes is desirable, the populist inspiration behind them has implied that very few competing paradigms for expanding healthcare coverage have emerged from other states. West Bengal has been no different. It presents the quintessential case of populist imitation getting the better of gainful competition.

Bengal’s Swasthya Sathi health insurance scheme, started on similar populist lines in 2016, betrayed a lack of original thought just like its predecessors. Despite underscoring a resolve to expand free healthcare through government hospitals, the state government ended up imitating the Centre’s bent towards the private-sector-oriented insurance model. In 2020, in the aftermath of the PMJAY and before the 2021state elections, the scheme was expanded to include the entire population of WestBengal. This could not have been backed by a serious consideration of the state’s fiscal health. Further, its integration with the PMJAY has been resisted, thus depriving it of additional funds. The resultant implosion of the scheme is pre-destined.

There is scanty evidence in favour of private healthcare-oriented insurance schemes from the developing world. Tax-financed public provisioning of healthcare is considered more desirable. Despite their two-decade-old legacy in India, PFHIs have very little solid evidence backing them apart from self-congratulatory government publications. Evidence or not, the mindless transposition and expansion of such schemes across divergent contexts is untenable. Today, the budgetary allocation for PMJAY is just a fraction of its actual projected funding requirement, and this is very likely to be true for most state-implemented PHFIs. Unsurprisingly, Swasthya Sathi has faced accusations of denial of care, unviable package rates, and second-class treatment to beneficiaries. Default on hospital reimbursements has been a conspicuous feature of the scheme. Despite being universal in eligibility, empanelled hospitals were required to earmark a mere15% of beds for the beneficiaries as if largescale underutilisation was presumed ab initio.

A more sensible approach would be to mull whether there are better and more sustainable options for achieving universal healthcare even if they entail incremental expansions instead of radical proclamations. It is important to understand that hospital insurance schemes are not the only populist tool for healthcare expansion. The electoral success of Delhi's mohalla clinics has underscored that investing in everyday primary healthcare can yield rich political dividends too. Impulsive, short-sighted imitation of policies can undermine health and political gains while intelligent competition can yield political mileage by producing worthy alternatives to emulate.