In spite of its current efforts, India is still slated to fall short of the Paris agreement’s long-term goal of limiting global warming by 1.5 degrees Celsius 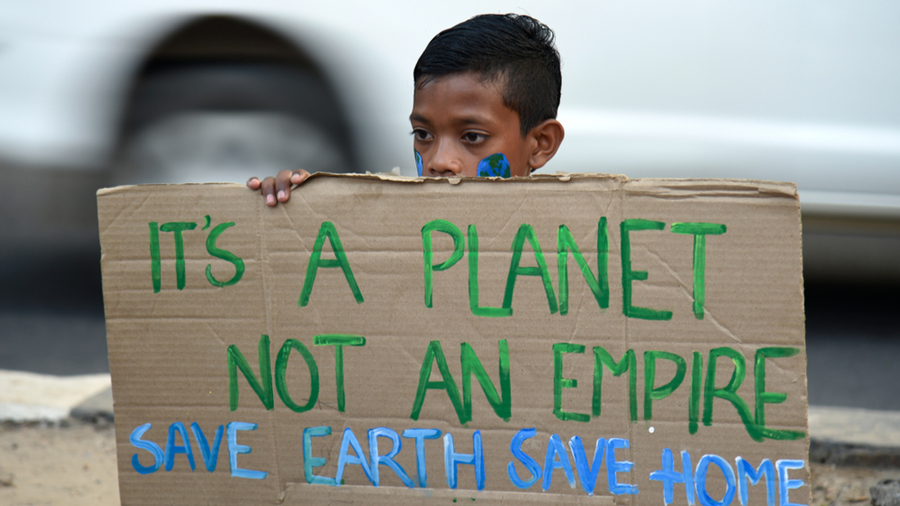 Students from various institutions take part in a protest in support of the global action against climate change, Guwahati, November 2019.
Shutterstock
The Editorial Board   |     |   Published 23.11.20, 03:38 AM

Strides on the path of survival come with additional responsibility. India, reportedly the only country among the G20 nations to be on track towards fulfilling the climate change mitigation commitments it made in 2015 under the Paris pact, seems to be responding well to its climate responsibilities. According to the 2020 Climate Transparency report, India has been doing its “fair share”; actions taken by the country since 2015 make it “compatible” with the upper goal of curbing global warming by 2 degrees Celsius by the end of the century. This is an achievement, not least because countries and regions with deeper pockets and greater resources, such as the United States of America, China and the European Union — the top three polluters — are nowhere close to achieving their professed climate goals. India’s success can be attributed to, among other factors, the increase in its solar energy capacity by more than 12-fold since 2014. Pertinently, the prime minister reminded the forum of the importance of green policies at the 15th G20 summit.

But the outcome of the war against climate change depends on the fate of battles on multiple fronts. Worse, in spite of its current efforts, India is still slated to fall short of the Paris agreement’s long-term goal of limiting global warming by 1.5 degrees Celsius. This shortfall could portend an environmental, social and economic Armageddon. A 2 degrees Celsius rise in temperature is expected to bring about extreme heatwaves, severe droughts, rise in sea-levels, crop failure, accentuated hunger, mass displacements, especially from coastal habitations of which there are several in India. The scale of the crisis would be far bigger for India’s mitigatory interventions to be effective. Paucity of funds, a burgeoning population and a limited inventory of greening technology make India far more vulnerable to the vagaries of an inclement climate. India’s survival strategy must thus hinge on two thrusts. First, it should invest greater energy, political and public will and its available resources in the creation of an ecological enterprise spanning every sphere of its flawed development enterprise. This would mean not only the greening of energy sources, public transport and urban planning but also harnessing agriculture and consumption to the needs of a fragile environment. It would also mean taking on the mantle of the leadership of developing economies to demand the transfer of technology and funds from affluent countries. Collaboration, not individual enterprise, is necessary to secure the future of the planet.