Readers' Speak: Nature is paying a steep-price for a pandemic that was started because man encroached into the natural world 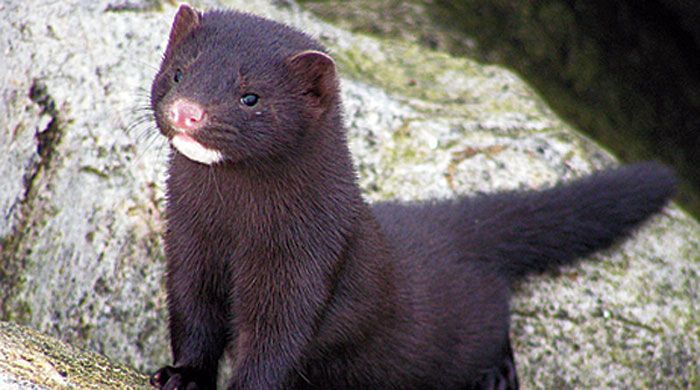 The culling of minks on a farm where they are raised for their fur might not come as a surprise to many.
Wikimedia Commons
The Telegraph   |   Published 19.07.20, 12:09 AM

Sir — The culling of minks on a farm where they are raised for their fur might not come as a surprise to many. But close to 1,00,000 of these creatures are being slaughtered because they contracted the coronavirus from their human minders. Earlier this year, thousands of trees were chopped off in Kashmir because the pollen could apparently spread the virus. Nature is paying a steep-price for a pandemic that was started because man encroached into the natural world. Clearly humans have not learnt a lesson yet from what can happen as a result of exploiting nature beyond limits.

Sir — Ramachandra Guha’s piece was analytical and well-argued (“A common thread”, July 18). Rabindranath Tagore was a great internationalist, perhaps owing to his all-encompassing love for humanity. This is why he was criticized by overzealous nationalists in his own country. The idea behind starting Visva-Bharati was to create a meeting place for the East and the West, where scholars from various countries of the world could meet and exchange ideas.

Guha quoted Patrick Geddes as having written to Tagore to compose an international patriotic song that “could express the movement of international sympathy and good-will... ” This was interesting to read. Had this song been composed, it would have ranked as high as the anthems of India and Bangladesh in their inclusive spirit.

Sir — The ending of the latest article by Ramachandra Guha highlights the importance of embracing different cultures in order to grow intellectually. Guha, while speaking about Patrick Geddes’s bonding with Rabindranath Tagore and Swami Vivekananda, writes, “Geddes’s Scotland embraced Europe, and his Europe embraced the world.” In a repeat of this sentiment, he writes again, “Tagore’s Bengal embraced India, and his India embraced the world.”

What a wonderful emotion. The article advocates interdisciplinary approach for understanding ‘knowledge’ as an idea where the sum of its parts is greater than the whole.

The article reminded us, once again, how Tagore and Vivekananda can only be understood in terms of their world vision.

Sir — The pitfalls of ‘document-based history’ are evident. Jorasanko was the cultural hub of Calcutta and drew young Narendranath Datta — he would go on to become Swami Vivekananda — who lived only a few kilometres away. As a trained vocalist, he learnt songs by Tagore. He even sang these songs in front of his guru, Ramakrishna. Yet, Tagore was a Brahmo while Ramakrishna and Vivekananda preached sanatan Hinduism and through this, the unity of religions. So their religious views differed — Tagore, for instance, steered clear of pujas of any sort whereas these were an integral part of Ramakrishna’s life. This confluence, or coexistence of seemingly opposing views could not be anticipated by historical documentation. Perhaps Ramachandra Guha should give this some thought.

Sir — Ramachandra Guha must be thanked for his article, especially for the way he ended it. Rabindranath Tagore is an example of a human being who was firmly attached to his roots, but had an equally open mind about the world.

Thus, while he sung paeans about Bengal, and his heart cried for the massacre in Punjab, his poem “Africa” reflected his pain at seeing the exploitation and torture meted out to people of colour there.

Throughout his life Tagore wrote and worked for universal brotherhood, global peace and uplift of human values. He dreamt of a world where communities would merge together based on humanity but still retain their respective cultures and languages. This was the spirit behind Visva-Bharati. Tagore implemented the unifying vision outlined in his works in real life too.