Teach a man to fish

Readers' Speak: The depleted stocks of fish are worrying for more than just the bhojon roshik Bengali 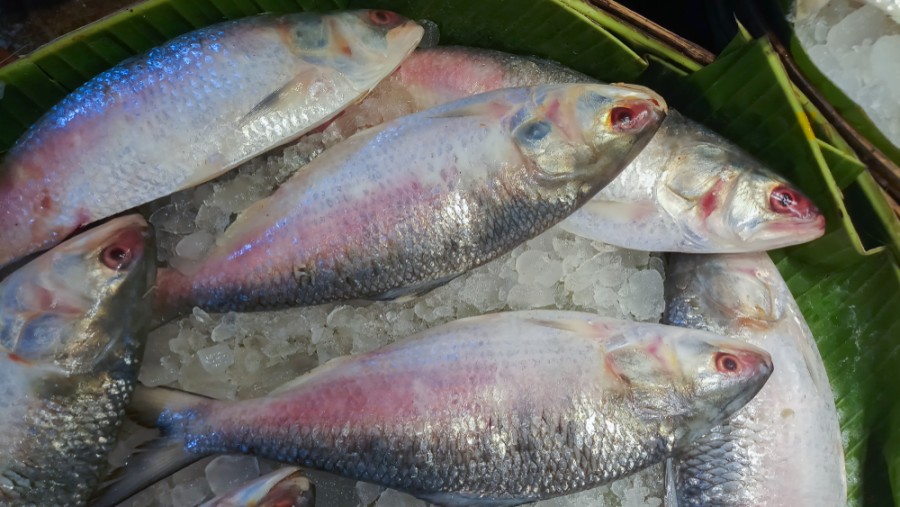 The dangers of over-consumption cannot be underlined enough.
Shutterstock
The Telegraph   |   Published 16.08.20, 01:00 AM

Sir — After an initial dip in supplies, markets are now flush with hilsa. Although this is still nothing compared to the quantity of catch in other years. One of the reasons for this is the low pressure in the region. The depleted stocks of fish are worrying for more than just the bhojon roshik Bengali. Fishermen have already been rendered vulnerable by climate change and its effects on marine life and coastal communities. The dangers of over-consumption cannot be underlined enough. The job losses that resulted from the pandemic only make fishermen more desperate to overfish. This is dangerous.

Sir — Reports about the deaths of men and women who venture into the depths of the forest in the Sunderbans to catch fish and crabs or gather honey at the hands of tigers are not uncommon. Recently, a mason who lost his job in Calcutta during the pandemic and returned to his home in the Sunderbans was mauled to death by a tiger (“Jobless mason killed by tiger”, Aug 13).

This might not seem out of the ordinary, but it is. The residents of the Sunderbans are bearing a double burden of misfortunes. First, it was the pandemic and then the Cyclone Amphan, which inundated fields and ponds with saline water, leaving them unfit for cultivation. It must be noted that the families of people killed without a fishing permit are not entitled to any government compensation. But should this rule be adhered to in the light of the extraordinary circumstances?

The section that is most vulnerable is that of the ‘tiger-widows’. They are suddenly left without any earning member or means of livelihood. Since there is little to no chance of the immediate restoration of the livelihoods of the labourers who went back home, the situation calls for immediate intervention on the part of the government and special packages tailored to the needs of people in the Sunderbans.

Sir — The claim of the Russian president, Vladimir Putin, that Russia has developed a vaccine for the novel coronavirus ahead of other countries has — understandably — been met with scepticism around the world. It appears to have been made in the fond hope that it will earn laurels for Russia. Perhaps the rushed announcement was to pre-empt some other countries who have similar vaccine projects in the pipeline.

Putin cannot take the liberty of shortening a marathon into a sprint in contravention of global guidelines set by the scientific community. He has no right to risk the lives of thousands of people. According to Putin, the Russian coronavirus vaccine called Sputnik-V has shown “sustainable immunity” against SARS-CoV-2 — the president did not elaborate on this. The revelation that one of Putin’s daughters was among the vaccine volunteers and has been inoculated with Sputnik-V and has “felt well after having slight high fever” means nothing in the absence of definitive proof that the vaccine is safe and effective.

The fear that a vaccine has been rushed through without following proper protocol is dangerous, and will cause more harm not just to Russia’s image but also the vaccines that come after it. By its own admission, Russia has not done the crucial third phase of clinical trials. It has not done enough testing; what is more, it has not made public the results of whatever tests it conducted for rigorous analysis. It is evident from the speed with which Sputnik-V has been developed that Russia cut corners and bypassed certain parameters. The third phase involving several thousands of participants representing or cutting across the general world population in all its heterogeneity is indispensable to confirm a vaccine’s safety and efficacy. The World Health Organization has not given its stamp of approval to Russia’s Sputnik-V. In the absence of evidence that Russia’s vaccine will not do recipients any harm, people will be reluctant to use it. A vaccine mired in opacity can be no less dangerous than a life-threatening pathogen after all.