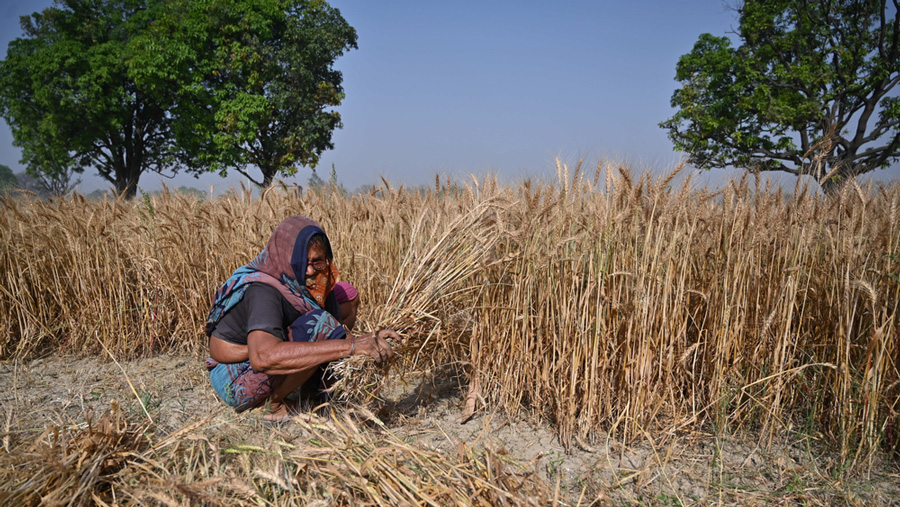 he negligence of the states and UTs who failed to report farmers’ deaths cannot be excused, and they should explain it.
Shutterstock
The Editorial Board   |     |   Published 25.09.20, 01:57 AM

A silver lining recently is the decline in suicides of farmers. The report on accidental deaths and suicides of 2019 published by the National Crime Records Bureau indicates this: from 11,379 deaths in the farm sector recorded for 2016 they have dropped to 10,281 in 2019. The problem with the 2019 NCRB report is that it no longer enlists causes, such as crop failure or debt, for the suicides. The reason for this, according to the Union minister of state for home, is that several states and Union territories — reportedly 19 — gave no figures for farmer suicides. Hence listing causes became ‘untenable’. This argument is not quite clear since a total number of suicides in the agricultural sector is being given. Why did these cultivators and farm labourers kill themselves? The negligence of the states and UTs who failed to report farmers’ deaths cannot be excused, and they should explain it. At the same time, glossing over causes of suicides by blaming the states cannot be overlooked either. Both omissions reflect a casualness towards the dignity and value of a large number of human lives.

Meanwhile, how safe is the inference that suicides in the farming sector have declined if the data is declaredly partial? True, a study of trends would support this belief; analysis would also indicate that the decline in suicide rate of farm hands is much steeper than that of cultivators —those who own or lease their land for farming. In spite of the numbers of deaths still, it must be remembered that farmers’ suicides have been earlier termed a national catastrophe, with the count reportedly reaching a quarter of a million in 2011. In that context, the 2019 report, even if partial, does indicate a positive change. Some questions have been raised about mix-ups, for example, whether farm hands have been brought under the head of daily wagers. But if it is to be established that there has truly been an improvement in the conditions of the agricultural sector in the last few years, this NCRB report is obviously inadequate. A serious examination of farmers’ suicides in every state together with the reasons behind them needs to be conducted to see what is going right after all this time. It is important to hope.