It is impossible to anticipate the political fallout of the pandemic 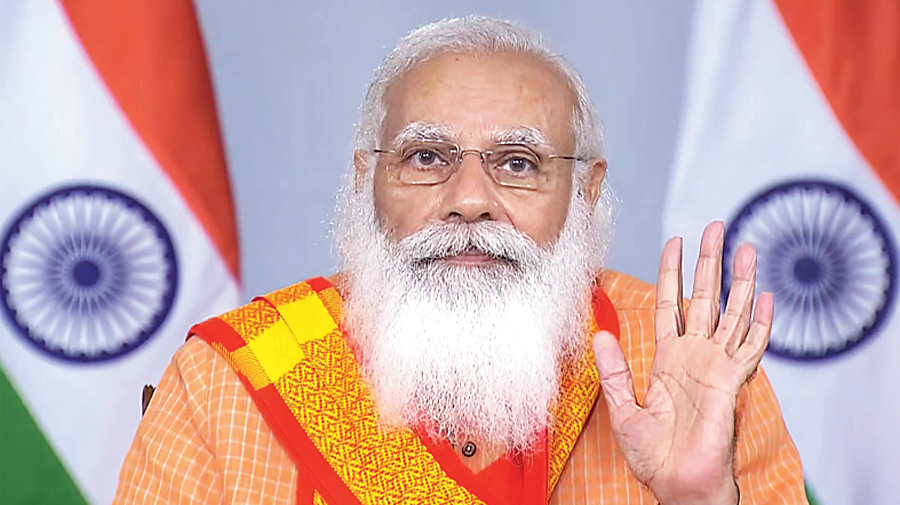 The grim challenges of the Covid-19 pandemic have reduced, if not killed, the country’s appetite for most other things. There is a discernible impatience with issues and concerns that are seen to divert attention and resources from either public health or problems that have arisen because of the exceptional circumstances. Even the abrupt cancellation of the Indian Premier League, which provided many Indians with a much-needed distraction from a dangerous world outside, was greeted with an astonishing silence. In the fractious world of politics, there was a visible irritation, even among the chattering classes that love periodic bouts of politician-bashing, at the kerfuffle in Calcutta over the Central Bureau of Investigation’s ‘arrest’ of four politicians caught on camera in 2016 accepting cash from a person claiming to be a corporate fixer. This impatience was also in evidence in the world outside social media addicts over the Congress’s alleged toolkit to defame the Narendra Modi government over its handling of the pandemic. Even the modifications in New Delhi’s Central Vista — an issue that had earlier been marked by singular disinterest — has been held out as an example of whimsical governance. The mood, it would seem, is single-minded in its focus on the issue of survival.

Such an assessment may be an over-simplification since the human mind operates on different — and even contradictory — levels. However, it does explain why an occasion such as the seventh anniversary of Narendra Modi’s premiership has been noted, perhaps even commemorated, in the media but certainly not celebrated. The mind space for assessing long-term trends that go beyond mere events has, alas, been blunted by the pandemic.

Of course, that hasn’t stopped a bout of hyper-activity among people in whose eyes the real pandemic began that fateful day in May 2014 when Indian voters gave their thumbs up to the former chief minister of Gujarat and reaffirmed that decision with greater enthusiasm in May 2019. To many of them, the sole responsibility for the lethal second wave of the pandemic rests with the ineptitude of the Modi government. The Kumbh Mela and the final three phases of the West Bengal assembly election are held out to be examples of the government’s lack of concern with human lives. Consequently, along with high bouts of indignation, there is the parallel message that the national project involves working for a regime change, may be with the assistance of some motivated global players. Although the anti-Modi activism has, so far, been confined to journalists in the social media, a few international publications and the indefatigable chief minister of West Bengal, there is a feeling of anticipation in these circles that India will experience a Modi-less dawn in 2024, with a preview in next year’s Uttar Pradesh assembly election.

This sense of anticipation has been a feature of the past seven years. Initially it was forcefully asserted that the Bharatiya Janata Party’s electoral victory in 2014 was a complete fluke — a proverbial Black Swan event — and couldn’t be sustained by the limited social profile of the party. Subsequently, it was put out that Modi would become a victim of the disruptions caused by the introduction of the goods and services tax and, more important, the demonetization of 2016. The conviction that the hardships occasioned by demonetization would cripple the BJP irredeemably was particularly widespread and this was witnessed during the 2017 UP assembly election campaign. Likewise, the Pakistan-inspired terror attacks in Uri were greeted with the message that Modi was just hot air and incapable of upholding national security. The veracity of the surgical strikes and the Balakot aerial raids were hotly contested by the Opposition during the 2019 election campaign, with disastrous consequences.

The larger point to note is that at every stage in the past seven years, the Modi government has been strongly challenged, but has successfully come out of each crisis with its efficacy intact. Arguably, the proclamation of victory after the first wave subsided around November and December last year was somewhat premature and led to a measure of unwarranted complacency, both at the official and popular levels.

The understandable eagerness to resume normal life was no doubt a factor behind this lowering of guard, particularly at the state level. International experience also suggests that the popular disquiet resulting from regression is invariably directed at incumbent governments, particularly if their political inclinations are right-of-centre. President Donald Trump was a casualty of this anger against incumbent governments, a trend that was exacerbated by the lunatic behaviour of some of his die-hard supporters and an insane policy of denial of the pandemic. However, what is interesting is that the Joe Biden administration too has faltered, as has the Justin Trudeau government in Canada. However, the opprobrium attached to them has been relatively little. Within India, the same phenomenon can be observed in Kerala — a state where there is a striking mismatch between the glowing international endorsements of its anti-Covid strategies and ground realities. In the United Kingdom, the vaccination programme has been a resounding success and has wiped out unhappy memories of the unacceptably high death rates among older people during the initial stages of the pandemic. Prime Minister Boris Johnson has also been the political beneficiary of a quiet popular vote of confidence in the government’s handling of the crisis. Curiously, this isn’t so much in evidence if the media are assumed to be an important barometer of public opinion. Maybe this has something to do with the penchant of the Left-liberal ecosystem to be more adept in virtue signalling — backed up by a linguistic style that is infuriatingly pious — than the Right.

It is impossible to anticipate the larger political fallout of the Covid-19 pandemic and assess if its shadow will be felt in the general election of 2024. The second wave may well be controlled, and the impact of the vaccination drive could be experienced by the first quarter of 2022. However, just as the black fungus poses a threat that the medical community had not anticipated, there is no telling what the impact of the third wave will be. More to the point, will this prolonged experience of living unnatural lives have any profound impact on voting behaviour as, say, the bitter experience of the two World Wars did in Europe? These are imponderables that make the business of political forecasting excessively hazardous.

In the event the pandemic persists and confounds the medical and scientific community, it is more than likely that concern and anger could be replaced by fear and a craving for reassurance. In medieval times, any profound uncertainty invariably triggered a yearning for certitudes and, by implication, religion. It is doubtful if the response of the 21st century will be substantially different. Politically, the attractions of a weakened Centre and a confederal leadership will be overwhelmed by the natural desire to outsource solutions to either a strong man or a paternalist. Since the first lockdown, Modi has changed his physical appearance and acquired a flowing beard, much like the sages of the past. Was this calculated to fit the likely yearning for a benign, quasi-religious figure at the helm?

However, these are assumptions based, at best, on a reading of history and past human behaviour. As humankind negotiates a challenge that, in effect, threatens all the assumptions and beliefs of the recent past, the response could be predictable or could establish new patterns of collective behaviour. The simple point is that we just don’t know.