India is far behind Sri Lanka and Bangladesh in rabies prevention

For a country with more free-roaming dogs than the entire population of Australia, India fares poorly in tackling rabies 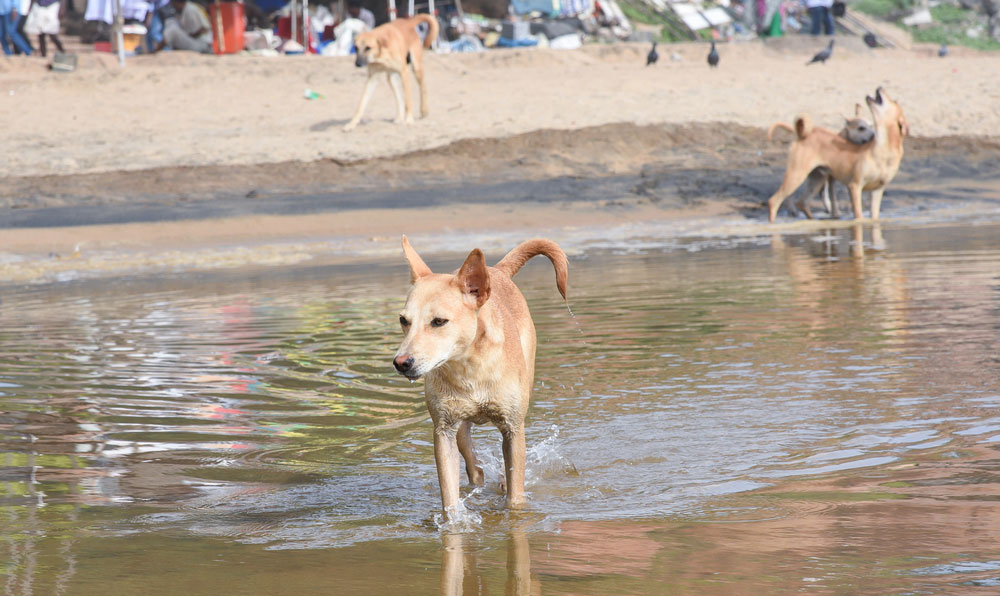 Stray dogs at Varkala beach in Thiruvananthapuram, Kerala. Only six people have survived rabies in India since 2010. Thus the country has seen its share of anti-dog sentiments, evident in the dog-culling campaigns in Kerala and in Sitapur, Uttar Pradesh
(Shutterstock)
Lakshmi Venkataraman   |   Published 07.05.19, 10:44 AM

Arnav, the seven-year-old son of a Mumbai police constable, suffered serious bites on his face and body by a rabid dog in 2018. He was taken to four different hospitals before being properly diagnosed; he passed away shortly after. His case is just one among the 20,000 annual canine-origin human rabies deaths in India, the highest in the world. Only six people have survived the infection in India since 2010. Thus, India has seen its share of anti-dog sentiments, evident in the dog-culling campaigns in Kerala and in Sitapur, Uttar Pradesh.

For a country that has more free-roaming dogs than the population of Australia, India has a poor system for rabies prevention. The good news, however, is that the disease is preventable with minor changes to public policy. The solution should begin with the vaccination of dogs against rabies, jointly executed by government agencies. There is no legal mandate in India for anti-rabies vaccinations, which would shield street dogs from contracting rabies. Instead, ‘animal birth control’ — the mass sterilization of street dogs to ensure their long-term population decline — is the status quo solution. However, sterilized dogs can still bite people, passing on the virus to humans and other animals. The Union health ministry continues to subsidize extremely expensive post-bite treatment for patients. These expenses should instead be directed toward animal vaccination, which has proved to be around 100 times cheaper and more effective in Asia.

In India’s national policy for rabies prevention, the ‘human health’ component is under the jurisdiction of the health ministry, which has improved the treatment options and surveillance for patients and provided quality public education on dog-bite prevention. The Animal Welfare Board of India was responsible for the ‘animal health’ component of the programme, including vaccination. Its efforts have failed dismally as it ignored the tremendous potential of vaccinations and chose to focus all its resources on animal birth control.

Vaccination strategies pose unique challenges in terms of dog-catching. This is because dogs on the street that have been caught once for sterilization often become scared or aggressive, and are difficult to catch again for vaccinations and re-vaccinations. There is, therefore, a need for highly experienced catchers at affordable rates, which is rare. It is also difficult to clearly differentiate dog populations that are vaccinated from those that are not, because there is no sustainable system to identify them.

As a result, street dogs receive anti-rabies vaccinations only once, if and when they are sterilized. There has been no systematic vaccination that can generate herd immunity against rabies, and there have been no yearly re-vaccinations, which counteract the virus in dog populations that have missed earlier vaccinations.

Three agencies could have possibly undertaken vaccination in India, and all of them have refused. The AWBI continues to focus on birth control, and the health ministry has refused the responsibility of taking on the ‘animal health’ component of the rabies outbreak. The agriculture ministry continues to focus on ‘productive’ animals or livestock, arguing that the AWBI should administer the vaccines.

The AWBI and the agriculture ministry should undertake vaccination efforts jointly, and reach 70 per cent vaccination coverage for there to be any hope of solving this crisis. India has subscribed to lofty international deadlines for rabies elimination, like the 2030 goal of the World Health Organization, but has much to learn from other nations. Sri Lanka will eliminate rabies by 2020 by ensuring strict scientific surveillance of the infection; Bangladesh is on the path to becoming rabies-free in 2020 through its dog vaccination programme; Taiwan has seen just three human rabies deaths since 2002 through its aggressive dissemination of bite-prevention information and post-bite care. India needs to give anti-rabies vaccination efforts the resources they deserve.

Dogs kill 12-year-old in UP