How examinations hurt the environment

Our education system teaches students not to waste paper, but does so every year 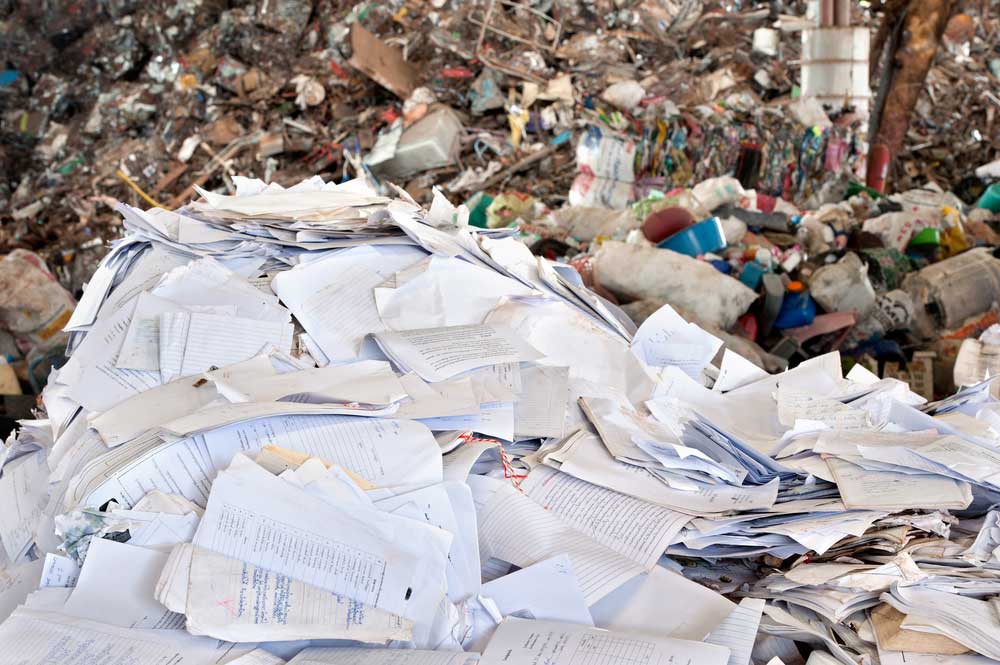 With deforestation and pollution plaguing the world, wastage of valuable paper is criminal. Some reforms in this regard are required in the examination system.
(Shutterstock)
The Telegraph   |   Published 09.04.19, 11:14 AM

Sir — It is surprising that the same educational system that teaches students not to waste paper does so every year. A week ago, I sat for my board examinations. Each answer booklet had 32 pages. From this booklet, hardly 20 pages are used on an average by each student. Few students utilize all the pages in all subjects. The pages left blank are simply wasted. With deforestation and pollution plaguing the world, such wastage of valuable paper is criminal. Some reforms in this regard are required in the examination system. Answer booklets should be thinner and students given extra paper only if they ask for it.

Sir — It was interesting to read the article by Michael Atherton, “Sabbatical at the right time could have prolonged Alastair’s career” (April 5). However, while Atherton’s insights are always a pleasure to read, I disagree with the usage of the word, sabbatical, in this context. The dictionary defines a sabbatical as an extended period of leave taken by an employee in order to carry out projects not otherwise associated with the employee’s job. This carries the implication of a corporate setting and an agreement between an employer and his employee. This might be the manner in which the Board of Control for Cricket in India functions, but the England and Wales Cricket Board might not work in the same way.

The rest of the arguments presented in the piece are accurate. The article seems to be written in favour of a possible comeback by Alastair Cook — one of the finest left-hand batsmen I have seen — after he has already spent nearly a year in retirement. Cook coming out of retirement would be welcomed and justified at a time when the present openers of England have failed to make a mark in the recent past. In fact, not only should Cook come back, but he should also be made captain in order to take the pressure off Joe Root, another fine batsman of the modern era. If Cook does return to playing cricket, one can expect to see more of his classical, lazy elegance with the bat, which has become rare.

It would be not out of place to recall Mansur Ali Khan Pataudi’s comeback as captain of the Indian team in 1974-75. He lost his captaincy for the tour to West Indies in 1970-71, and did not play Tests from 1970-1972. He returned under the captaincy of Ajit Wadekar in 1973 for the third Test against England, and captained India against the West Indies in 1974-75. Although India lost the series 2-3 against one of the strongest cricketing teams, the series will always be remembered for Pataudi’s wonderful captaincy. However, he was finally dropped as a player in 1975.

Another historic comeback by a captain was that of Bobby Simpson. When Test cricket suffered on account of the World Series Cricket in 1977, Simpson made a comeback after having spent about a decade in retirement. The best Australian players, with the exception of Jeff Thomson, had joined the WSC. Simpson’s first assignment was a Test series against India. He was the top scorer with 89 runs in the second innings of first Test in Brisbane. He made 176 and 39 in Perth, a match which Australia won. The series stood at 2-2. Simpson scored a magnificent 100 and 51 in the deciding match at Adelaide to clinch the series 3-2 in Australia’s favour.

In many countries, there is a great demand for the scales of pangolins, as a result of which the poor creatures are relentlessly targeted by poachers.
(Shutterstock)

Sir — It was shocking to read about the 12.9 tonnes of pangolin scales that were seized in Singapore from a shipping container destined for Vietnam (“Singapore scales”, April 5). This seizure was the largest of its kind so far on a global scale in five years. One shudders to think about the number of pangolins that were mercilessly poached to accumulate such a huge haul of scales.

In many countries, there is a great demand for the scales of pangolins, as a result of which the poor creatures are relentlessly targeted by poachers. If this vicious cycle is not broken, pangolins will become extinct very soon.

Sir — It is true that doctors at government and private hospitals keep patients and their relatives in the dark with regard to surgery risks, a lapse that violates a ruling by the Supreme Court (“Hospitals in information lapse”, April 4).

The apex court makes it mandatory for clinical establishments to secure informed consent from patients or their families before starting a surgical procedure.

However, one cannot deny the fact that in India, a significant section of patients and their kin do not have the kind of medical knowledge required to understand the risks associated with any procedures or the possible success of a surgery. They also do not have the option of choosing alternative modes of treatment. Questions are raised only when a mishap takes place. Most government hospitals are facing infrastructure problems — few doctors or surgeons, a lack of advanced surgery equipment — and are unable to handle large numbers of patients. As such, they hardly give any priority to patient-doctor communication. There is no doubt that doctors or surgeons cannot force patients to undergo any form of treatment. The Indian medical authorities need to take steps to ensure that patients do have a say. Doctors also need to learn how to communicate properly as a part of their medical training.