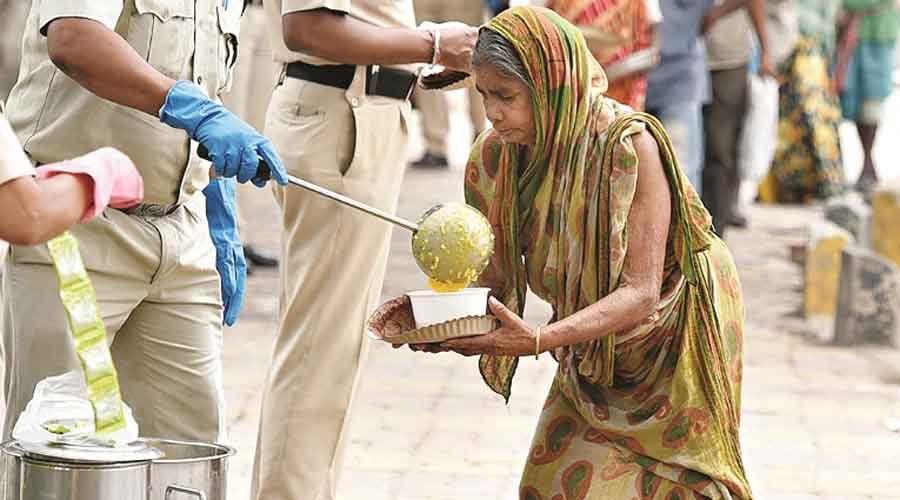 Many people are going hungry. That is what the Hunger Watch Survey II, conducted in December 2021 and January 2022 by the non-governmental organization, Right to Food Campaign, found when studying the effects of the second wave of Covid-19 on the food insecurity of low-income families. Loss or reduction of income among marginalized households during the pandemic led, in numerous cases, to worry about getting food, apart from the lack of access to food that was desired or to enough food, including cereals. As to nutritional value, 41 per cent of the respondents said it had deteriorated, and 50 per cent said they had meat, eggs, milk and fruit less than two or three times a month. Although this undermines the government’s claims of excellent food assistance, the survey report acknowledges that the situation is slightly better than the previous year. Hunger Watch I, reporting on a survey in October-December 2020, had noted that 71 per cent of the respondents had not had a wholesome meal in the month before the study, while 90 per cent of eligible beneficiaries in Hunger Watch II had received food grain.

The problems of low and uncertain income, exacerbated by the travails of the pandemic, are many layered. A one-size-fits-all solution will not do if all Indians are to eat well and regularly. Increasing the amount of free rations for those under the National Food Security Act is not enough, because the government has no way to ensure that the deserving alone are made beneficiaries, or that they are not excluded because of local politics. Ration cards now bring a double measure of wheat and rice under the Public Distribution System, but there is nothing for those without ration cards. Casual labourers and migrant workers continue to fall through the many gaps, while mid-day meals for the young and nutritional support for pre-primary children have decreased. Many children have left school to join work, because their families need the income. Besides, online classes are an added expense. Food insecurity lies at the centre of a host of evils — lack of nutrition, ill health, reduction in literacy and education, simmering hunger, frustration and increased violence, and a deeper divide between the privileged and the less fortunate. These will haunt society for many years to come.