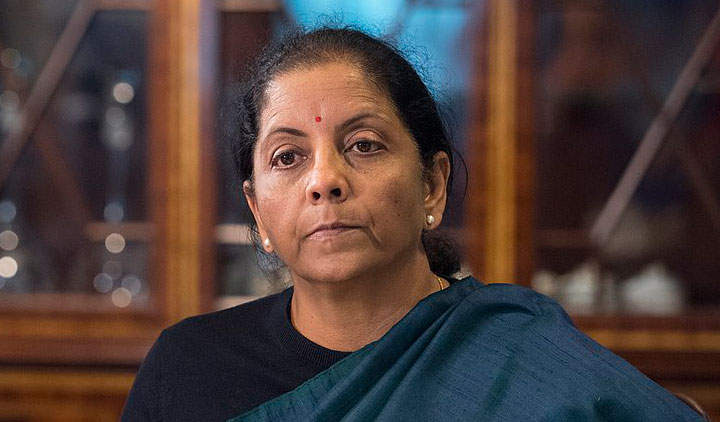 The Narendra Modi-government on Tuesday tried to work up enthusiasm over its plans to revive a stuttering economy by unveiling a grand pipeline of infrastructure projects that will cost Rs 102 lakh crore and be built over the next five years.

“Prime Minister Modi had made a promise in his Independence Day speech to give a big thrust to the infrastructure sector. We set up a task force soon after which we conducted 70 stakeholder consultations with state governments, industry representatives, infrastructure firms, and banks over a period of four months before finalising the projects,” Sitharaman added.

The projects will be funded by the Centre (39 per cent), states (39 per cent) and the private sector (22 per cent). Sitharaman said the aim was to raise the private sector’s contribution to 30 per cent by 2025. The projects, with a cutoff size of Rs 100 crore, will depend heavily on financing from banks, the bond market and the formation of infrastructure investment trust (InVits).

“Consultations are still going and we expect to add another Rs 3 lakh crore worth of projects in the next few weeks,” Sitharaman added.

The finance minister refused to say which states had been left out of the process in this round. “We have picked projects from a list that the states had given us and were prepared to fund. This is an inclusive process and we will add more states and projects as we go along,” she added.

These projects are on top of the Rs 51 lakh crore that the Centre and states have spent during the last six years.

Sitharaman said several working groups had been formed and had suggested a number of reforms in the areas such as public-private participation model, dispute resolution process and enforcement of contracts which the government would now consider. “Reform-related measures will be part of this process,” she added without divulging any details.

As part of the plan to create the National Infrastructure Pipeline (NIP), Sitharaman said an annual global investors’ meet will be held where the Centre and the states will have the opportunity to plug their projects to investors. The first such meet will be held in the second half of 2020, she added.

Atanu Chakraborty, secretary in the department of economic affairs, said funds would not be a problem. Projects worth Rs 18.44 lakh crore will be taken up in the first year. Spending in the second year will rise to Rs 21.62 lakh crore. He said normally these projects would have a debt-equity ratio of 1:2 and the government companies involved in the grand infrastructure plan would also dip into their internal resources.

A 92-page document that was released after the press conference showed that sectors such as energy (24 per cent), roads (19 per cent) urban development (16 per cent) and railways (13 per cent) would hog 70 per cent of the initial projected investment of Rs 102 lakh crore.

Sitharaman added that 43 per cent of the projects were already under implementation, while another 19 per cent were in the development stage, which means that the detailed project reports are ready but construction has yet to start. This raises questions whether the government is counting projects for which funds have already been earmarked — creating another chimera around the entire plan. Only 33 per cent of the projects are in the conceptualisation stage.

The finance minister said there would be a robust monitoring mechanism for these projects and unsustainable or unworthy projects would be weeded out. “If a project is unsustainable for some reason, we will drop it and take up something else,” she said.

There will be an online dashboard to monitor project pace and a data room will also be established. The government will also furnish an updated annual supplementary report that will provide details on the projects under implementation.