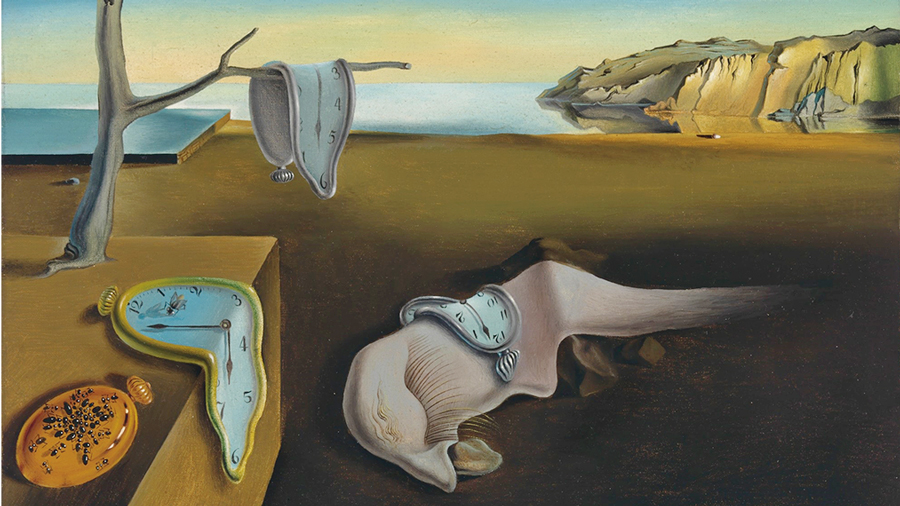 Whatever be the final outcome of the presidential elections in the United States of America, thinkers all over the world are seriously worried about the future of democracy, at least the kind of democracy that the world had dreamt of during the twentieth century. Similarly, there is anxiety whether human control over large social and political systems can be continued at all in view of the great advancement in artificial intelligence. Central to both these large questions is the question of how we grasp the mutual engagement of democracy and machine memory. Natural Memory, in order to be memory, first needs to predicate a notion of the past. One does not know if the limitless expanse and emptiness through which the process of the creation of the cosmos and the subsequent process of evolution of life have taken place can be invested with a time dimension. But having conceptualized Time and its segments, such as present and non-present time, Memory likes to make an engagement with the past its prerogative. Having come into existence, Memory asserts its identity by striving to infinitely extend the past backward to an ever-receding point of origin. This it does, as Memory is a generative process, much more than it is a process of merely collecting or recording of what is or was. The idea of an infinite past turns the ever-receding pastness into ‘Something’, a ‘That’ or an ‘It’ — an object of curiosity — although such a pastness is only a hypothesis. The indescribable ‘It’, without attributes and without any further past, is, then, imagined as power. In turn, it also begins to be seen as the source of all forms of power, spiritual or material, either in the order of god or in the order of government. For primitive human society, power emanated through the word of shamans, for it was the shaman alone who was believed to possess a superlative ability to remember all, something that the others did not have. In societies that accepted kingship as a valid form of power, the king was believed to have a kind of divine sanction to rule and to be the holder of the memory of the precise moment of the birth of this arrangement. The king’s subject people were not considered worthy of such a divinely sanctioned ability.

The idea of democracy took birth in the desire to rebel against the idea of ‘That’, ‘It’, ‘the pastness beyond past’ — anything that was out of the reach of man’s rational abilities. Even though the specific historical particulars differ from nation to nation, the desire for accepting democracy as the form of government has a shared, universal narrative. It is a new social and political arrangement, which is bound to have an uneasy relationship with a mystified and deified past. Besides, the historical moment of arrival of democracy as an arrangement of power, which coincided with the birth of rationality as the foundation of science and modernity as an ecosystem of sensibility, places further stress on the uneasy relationship between Memory and Democracy. For many centuries in the past, Utopia was seen as the mythical future. In the era of democracy, the future ceases to be a mere myth and starts becoming the source of power, a function that Memory had performed in pre-democratic ages. It is difficult to say if the historical coincidence of the rise of rationality as the essence of knowledge and the rise of democracy as the essence of power-arrangement is reason enough to argue that the emergence of the technology-driven, non-natural memory is in any tangible way linked with democracy. Sigmund Freud’s analysis of dreams points to the working of suppressed Natural Memory as the mother of dreams. It is difficult to say if, in an analogous way, Artificial Memory, the AM or the memory chip, has an ability to spawn dreams of the future in the era of democracy.

Artificial Memory is organized and systematic. Unlike Natural Memory, it does not predicate a past, and certainly not an interminable past. It does not mystify and deify that infinite past, which is essentially an idea. The AM is self-sure and does not require for its self-justification the idea of a creator — god — a long forgotten moment of its creation and a point of origin, albeit never to be fully known. The AM is itself its origin. It itself is god. Democracy, with its attendant mental ecology of modernity and its uneasy relation with the idea of the past, does not easily grasp how it can deal with Artificial Memory. While it requires the future as a myth, it does not know how it can generate that myth in the times of AM. That is going to be a long struggle and an entrenched debate that human societies will have to negotiate in the decades to come. Meanwhile, the AM, which by its very condition of being what it is, neither being able to generate myth nor being able to give birth to dreams, can only produce rumours, illusions, hypnotizing chimera or mesmerizing terror. Short of dreams — as distinct from rumours and illusions — for the future, the democratic order will continue to limp forward unless humans think seriously of the implications of the disjuncture between dreams and AM. At present, most governments in the world, including the government of India, are busy using AM to discipline, order and control citizens. In that process, they are facilitating the supremacy of the AM over democracy.

It is, however, too late in history to think of knowledge and society without the presence — an overwhelming presence — of the AM. In the twenty-first century, democracy can redeem itself not by seeking to extern the grip of technology over psychology, not by calling to aid the ‘inner strength’ of democracy. That faded out a few decades ago not just in India but in most other countries. Democracy can, one hopes, redeem itself not by an obsolete mystification of History and Memory. It can be redeemed by grasping the absolute contradiction between Natural Memory and Artificial Memory. The party that is obsessively interested in making ‘past alone’ as the main plank of its politics is quite hopelessly out of tune with the historical shifts in the trajectory of Memory and its impact on the forms of government. Similarly, politics that is entirely technology-driven has a view of the future that can only hasten the decline of democracy. In the twenty-first century, pro-democratic politics will have to bring gods and robots face to face and confront one with the other in order to rebuild the future as a myth and invent an AM that is capable of having a sense of its past. They need to meet and transform themselves for the long life of democracy.

The author is a literary scholar and cultural activist ganesh_devy@yahoo.com