Unsurprisingly, Indian cities suffer from flaws in urban design and drainage irrespective of their topographical diversity. 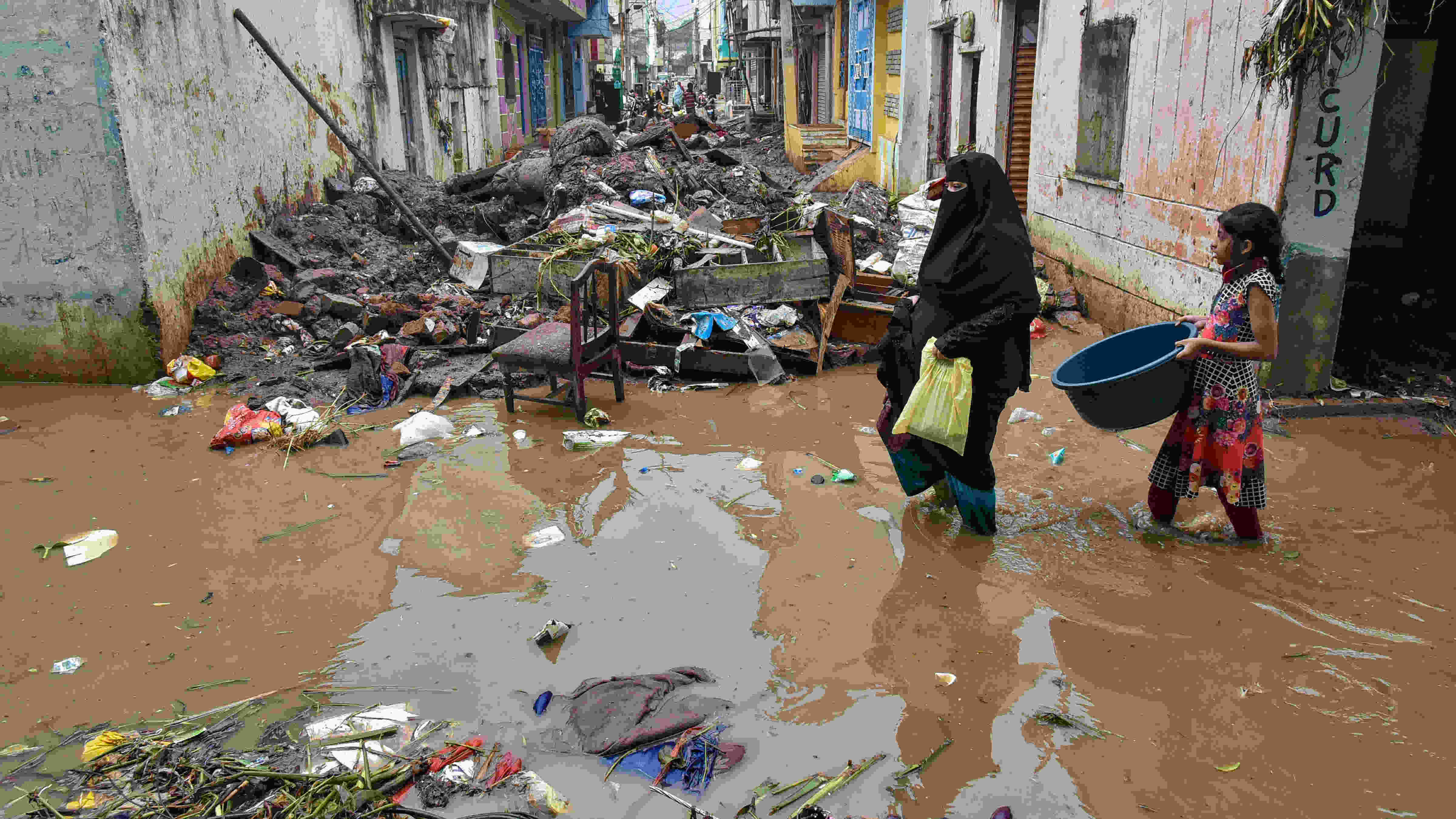 The waters are turning deeper, but are crucial lessons being learnt from their depths? This is an important question to ask in the wake of the floods in Hyderabad, which have claimed over 70 lives and caused significant losses to property. It is telling that the deluge coincided with a study by the United Nations Office for Disaster Risk Reduction that found that India is the second-worst flood-affected nation in Asia which, in turn, accounted for 41 per cent of floods around the world. The changing climate is aggravating the risk; 79 per cent of disasters between 1970 and 2019 were related to water and weather hazards caused by climate change. The vagaries of climate cannot be controlled; neither does the solution lie in only strengthening existing disaster response systems. The focus must be widened to modernize urban planning. This is especially important in the case of India where more people are likely to inhabit cities than rural areas by 2050.

Unsurprisingly, Indian cities — Hyderabad is one example — suffer from flaws in urban design and drainage irrespective of their topographical diversity. This is because urban planning and management have a long history of myopia and lackadaisical administrative attitudes. The consequences of this apathy are telling. Mumbai, Chennai and Srinagar, as well as cities in Kerala and Uttarakhand, have been wrecked by floods in recent years. Chaotic urban development, primitive drainage facilities, creaking infrastructure, population pressure and unabated encroachments upon natural drainage systems — Calcutta’s disappearing wetlands are an example — have exacerbated the problems. There is irrefutable evidence of negligence. In the case of Hyderabad, several reports and recommendations filed since the devastating floods in 2000 are lying unimplemented; a city development plan for Srinagar in 2017 chose to ignore the lessons from the floods only three years prior to that. This wilful disregard for public safety can only be attributed to a culture of impunity for the administration. The cost of the absence of accountability is being borne by cities and the people who inhabit them.