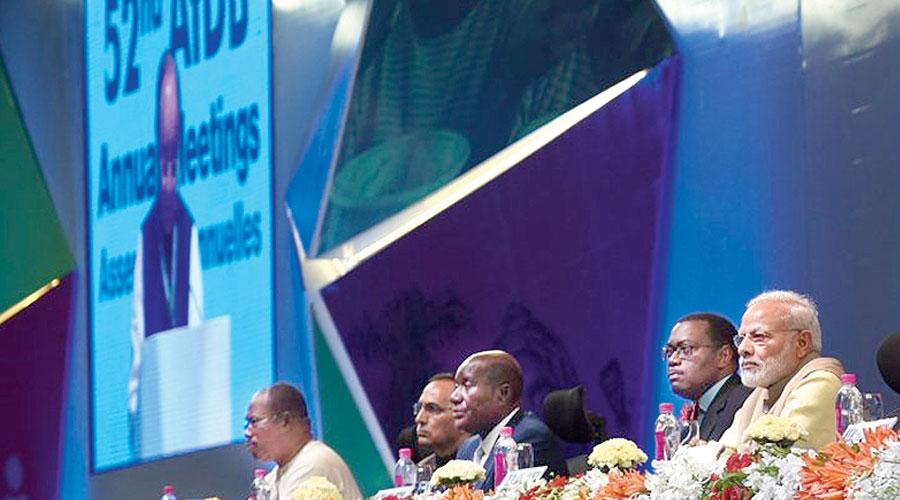 The Asia-Africa Growth Corridor, a joint initiative of India and Japan, was announced by Prime Minister Narendra Modi at a meeting of the African Development Bank in 2017. It was to be a collaborative effort to promote development, connectivity and cooperation between Asia and Africa as part of a ‘liberal and value-based order’. The preparation for the initiative had started in 2016 during a bilateral summit between India and Japan, following which the Research and Information System for Developing Countries, a leading policy institution in India, the Economic Research Institute for ASEAN and East Asia in Jakarta, and the Institute of Developing Economies- Japan External Trade Organisation, in consultation with their respective governments, worked together on developing the idea.

The vision of AAGC attracted attention from academicians, foreign policy experts and bureaucrats from both India and Japan. The vision document underscores the desire of India and Japan for an increasingly active role in the Indo-Pacific Region. It illustrates how AAGC would integrate Africa by establishing strategic linkages with India, South Asia, Southeast Asia, East Asia and Oceania. This would promote freer and seamless movement of people and goods, industry and trade, investment, energy, information, knowledge and ideas and greater institutional linkages. Japan was encouraged to collaborate in the project thanks to India’s emerging economic status and its closeness with Africa. Japan has been apprehensive over China’s rising maritime profile in Africa and in the Indian Ocean region. Given India’s growing maritime connection with the Western Indian Ocean African littoral and front line states, the project was seemingly a feasible option for Japan.

A closer look at the genesis of the initiative suggests that it is also the product of needs expressed by the private sector. Tokyo and New Delhi could pursue their geopolitical vision by increasing their support to Japanese and Indian firms that are keen to jointly invest in Africa. The moot idea is to project the India–Japan strategic partnership as a potential counterbalance to China’s Belt and Road Initiative.

But even though five years have passed, there has hardly been any tangible progress in the project. Prime Ministers Modi and Abe met eight times since AAGC was announced; yet they never mentioned it officially at summit meetings. The websites of RIS, ERIA and IDE-JETRO hardly carry updates on AAGC.

Why has AAGC remained a non-starter?

AAGC was just a vision document published so that Modi could announce it at the ADB meeting that was being held for the first time in India. Neither Indian nor Japanese NGOs working in Africa nor leading African institutes were involved in the preparation of the vision document. Surveys were not carried out on what the African people wanted from India and Japan vis-à-vis AAGC. The collective private sector of African countries was also ignored. There was no clarity on how AAGC would help Africa tackle its development challenges or, for that matter, how favourable was it in comparison to China’s BRI even though a closer look would reveal that AAGC has distinct advantages over BRI. Complex social and political contexts, environmental concerns, and the displacement of local populations have hindered BRI’s progress in Kenya, Ethiopia, Tanzania and South Africa.

India and Japan must remain committed to AAGC’s fruition. Its effective implementation will require a stronger emphasis on interactions not only between governments but also with various stakeholders and the African people. This would be a reliable way of meeting the entwined goals of integration, influence, and inclusive benefits for the people in the Asian-African region.