Chocolate cakes and ginger ale may not always taste the same 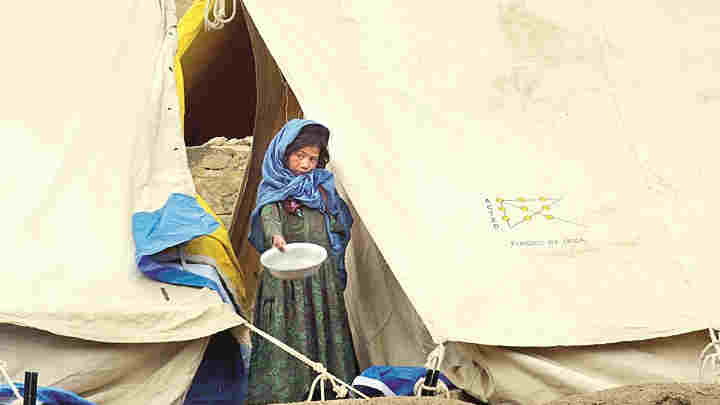 Lewis Carroll seems to peek occasionally into Enid Blyton’s Folk of the Faraway Tree, which turned 75 this year. But pinning his memory to the board as it flits past is unfair to the colourful overflow of the third book in the Enchanted Wood and Faraway Tree series — and a typically adult response. Adult, because I never did read about the Faraway Tree in the age of enchantment; my introduction to English-language ‘story-books’ happened later, much after I had left my stumbling introduction to “Pat can run. Can Pat run? Come Ann come” thankfully behind. So even if Carroll is the granddaddy of rabbit-holes, odd personages, magic potions and tea parties, the tone and spirit of the tale of the Faraway Tree, inhabited by Moon-Face and Silky, Angry Pixie and Dame Washalot, the clanking Saucepan Man and Mr Watzisname are quite distinct. The Tree is crowned by the lands that come, rest on and float away from its top — is that Swift? — with the Land of Tea Parties offering tables laden with chocolate cakes, dewdrop and honey sandwiches and blue jelly; it is saved from extinction at the hands of greedy trolls by its loyal folk with the help of Woffles, the rabbit, who loves scooting down the hollow in its trunk called the Slippery Slip. The lucky humans whom the Folk love may be a couple of years younger than Alice.

First Term at Malory Towers, the second of Blyton’s books that turned 75 this year, however, came into my hands off the school library shelf at the right time. I have not yet outgrown the vibrant but matter-of-fact magic of Darrell, Alicia and Gwendoline’s journey through school in the Malory Towers series. A boarding school that looked like a four-towered castle perched on a cliff over the sea was a wishful fantasy, yet the girls’ fun and follies, their rough corners, the travails of their friendships were familiar at some indefinable level. The formulaic plots, type-cast characters, limited vocabulary for which Blyton has been accused by worried adults since the 1950s may have contributed to its popularity for children learning English in countries where Britain had left its mark. Yet in 2008, Blyton, with her detective and adventure series, her school, circus and fairy stories, remained a bestselling author even among children of her own country.

The two 75-year-old books were written a year before the British were to leave India. Blyton’s stories are blissfully free of turmoil, creating bubbles of escape where children appear to have their own agency within the invisible security of a stable world. The rough inheritance of midnight’s children, or the pain of children born on the side of the border wrong for them, would find place in other writers’ tales; Blyton’s “complicated legacy”, as one writer described it, was one of “sunlit chauvinism”. Yet the racism, sexism, class snobbery, over-simplification and xenophobia that adults find plentifully in Blyton may not have caused young readers in the 1960s lasting damage; they could be passed over and outgrown, maybe because these attitudes, together with the firm moral structure that she provided, were not always distinguishable from the values absorbed from Sixties’ grandparents in a post-imperialist world. Even in 2018, half a century after her death, she continued to be a best-seller, and among one of the most translated authors in the world.

Cover of the book, The Folk of the Faraway Tree.
Scanned from the book

Yet now, as 2021 moves towards autumn, Blyton’s popularity may be put to new tests. Adults calling her out for inappropriateness or mediocrity had not mattered too much, but will today’s children be able to seize upon her universe of clear blue skies, cherry cakes and ginger ale with as much enthusiasm as before? Other images, instantly and universally accessible, may intervene, such as that of a baby in Afghanistan passed hand to hand in a mass of desperate people to be held up against a barbed wire-topped wall for rescue by soldiers on the other side. That image demonstrated to the world the terror and helplessness of the baby’s parents and of all those who raised the child towards imagined salvation: no words were needed. Images of children have always brought home the savagery of war and the cruelties of hatred, exploitation and neglect, but access to these was neither immediate nor universal. Many of us who enjoyed Enid Blyton in the 1960s may have known about the war in Vietnam, but had not seen the 1972 picture of the nine-year-old ‘Napalm Girl’ till later, when the agonizing image could no longer be connected immediately to man-made horrors. So, too, the haunting face of the half-buried little girl, killed in the 1984 Bhopal gas tragedy, although in India its immediacy was greater than elsewhere. A vulture watching a famine-stricken little girl struggling to reach a UN feeding centre in Ayod, now in South Sudan, won the Pulitzer in 1994; the photographer killed himself soon after. We saw it at a shorter interval after it was taken than Don McCullin’s 1969 picture of two little starving boys in Biafra. It is different today. Children of wars and famines, children of the Holocaust and of occupations, of the past and of the unchanged present, crowd our screens and are laid out before young eyes. Which child would not have understood the terrible message in the picture of the dead little boy in red on a Turkish beach, drowned when a boat full of Syrian refugees capsized in 2015?

The changes in the child’s world are not limited to perception or awareness, they are more immediate, and felt more widely than before. Extreme weather events are increasing rapidly in frequency, and the recent Unicef Children’s Climate Risk Index has sought to identify children most vulnerable to climate and environmental hazards, shocks and stresses. The goal is to formulate targeted corrective actions to make the planet liveable for them. Of 183 nations, the 33 ‘extremely high risk’ countries for children include India. The Unicef analysis shows how the effects of climate and environmental shocks, from cyclones to heatwaves, are exacerbated by inadequate access to the essentials of life: water, nutrition, health facilities and education. Even beyond the one billion children who live in high risk zones, floods and wildfires across the world cannot leave children unscathed.

Human beings took a while to bring the earth to this tragic pass; Covid, however, has been more headlong. Its effect on the economy has resulted in a possible 2,67,000 excess deaths of infants in low and middle income countries. Loss of household income has affected nutrition and healthcare, while countries focused on controlling the pandemic may have failed to continue with immunization and other aspects of public health for infants. The World Bank study of 128 countries projecting the possible effects of the economic downturn on infant deaths suggests that there may have been 99,000 extra infant deaths in India in 12 months. Covid has also had a devastating effect on education, most acute among underprivileged children and first-generation learners. But children of families from all socio-economic segments have lost loved ones — no child, although far from war or genocide, has been left unacquainted with death.

Will Enid Blyton’s books sell five years later as much as they did in 2018? Will altered childhoods long even more for the vivid happinesses of Blyton’s world where good is rewarded and wickedness defeated, or will that world have lost its scaffolding?