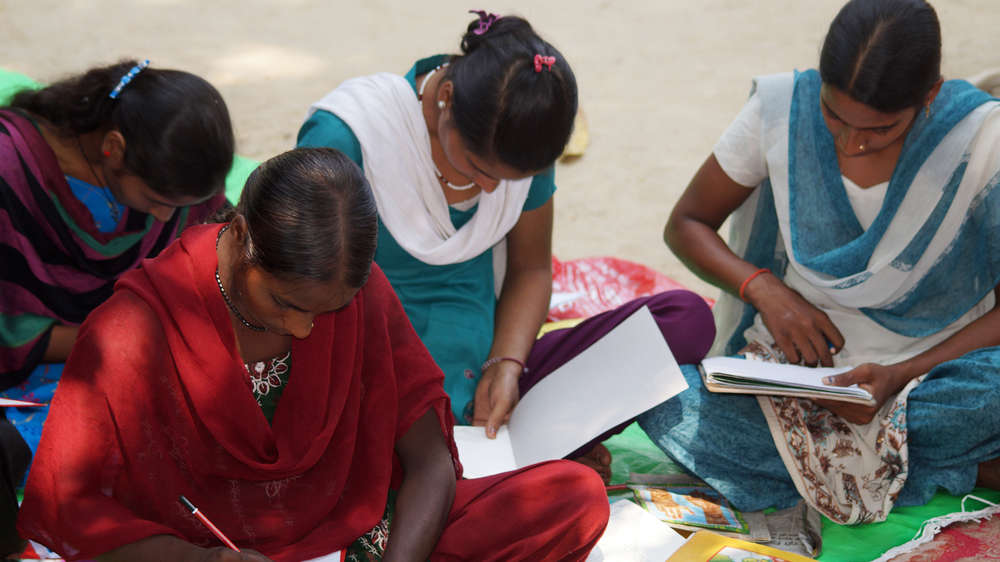 Female literacy is consistently lower than levels of male literacy, even in the better performing states
Shutterstock
The Editorial Board   |     |   Published 10.09.20, 03:35 AM

With the passing of another International Literacy Day, India needs to confront the problem of its literacy levels. A report based on a 2017-18 survey by the National Statistical Office puts the country’s overall literacy rate at 77.7 per cent. This is far from the goal of full literacy by 2030. Among states, Kerala still leads with 96.2 per cent literacy, followed by Delhi, Uttarakhand and Himachal Pradesh. These smaller states seem to have done better than many larger ones, although Gujarat, Assam and Maharashtra are above the national average, as is West Bengal. But scoring above 80 per cent is still not good enough. The situation in Andhra Pradesh is worrying; its literacy rate is 66.4 per cent. There is nothing playful in this competition. Illiteracy demonstrates one of the gravest failures in a country that has been independent for 73 years. More, illiteracy in the 21st century is dangerous from the point of view of survival: reading is now a life-skill. Not to be able to read a sign on a highway, for example, or the label on a medicine bottle can be costly. Besides, female literacy is consistently lower than levels of male literacy, even in the better performing states. This not only points to women’s status and the neglect of their education, but also puts their children at a disadvantage.

The government, however, seems oblivious to these dangers. Is it an advantage to have an illiterate population? The Saakshar Bharat Mission, a literacy-cum-continuous learning programme begun in 2009, trained 7.6 crore people in literacy by March 2018 through an informal but structured process out of the 24 crore that the 2011 census had counted as illiterate. The SBM has lapsed, with the present government promising a remodelled programme: the Padhna Likhna Abhiyan that has not begun yet. The education minister has made vague noises about a volunteer army of students and teachers which raise doubts about the government’s seriousness. Neo-literate individuals need practice or continuous learning; the two-year interval means that many would have returned to illiteracy. As it is, India already has 16 crore illiterate people. This is an easy indicator of the most disadvantaged segment in the country. No government concerned about its people can be comfortable leaving its citizens in this position.