Asking a question is no longer a simple act 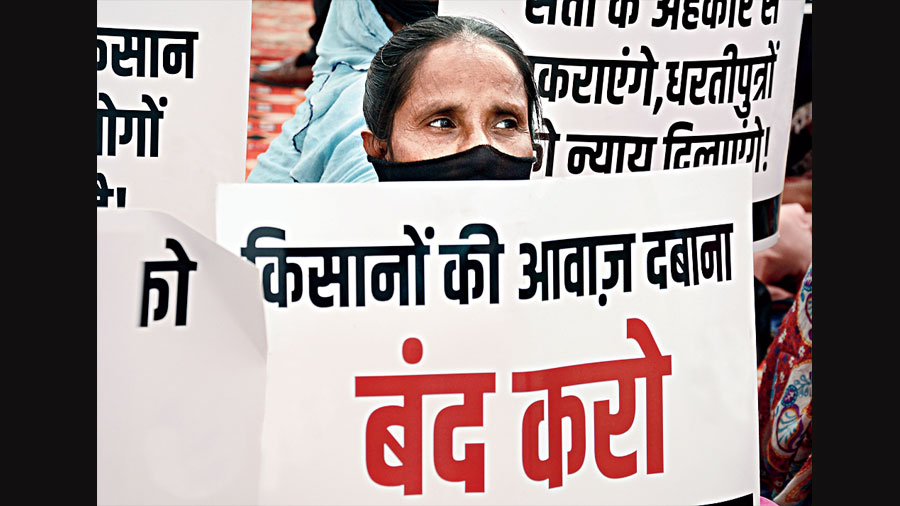 On the face of it, asking a question appears to be a simple act of responding to things with curiosity. Except for what linguists call ‘phatic communication’, such as ‘how are you?’ Or ‘is everything okay?’ Questions arise in one’s mind out of the quest to know. They also arise out of concern for matters that one thinks are important. At a higher pitch, they are born out of philosophical anxiety, as in Hamlet’s ‘To be or not to be’ or the upanishidic ‘Ko aham? — Who am I?’

There are times when questions arise out of a collective desire to be assured that all is well with the State. When such questions are asked in Parliament, the technical term used to describe them is ‘interpellation’. When asked outside Parliament and the assemblies by people who are imagined to be silent observers, they reflect the popular perception of government functioning. I list only a few of the questions that people have asked but have remained unanswered. When the coronavirus pandemic broke out, the prime minister made an appeal to contribute funds to a new trust called ‘PM-Cares’ created for relief. Citizens wanted to know if PM-Cares was a government entity or a private entity. It continues to remain surrounded by studied ambivalence. During the NDA-I government, a committee was appointed to review the history of India for the last 12,000 years, a time span matching the beginning of the Holocene. Why was no representation given in that committee of experts to anyone from the Northeast tribal communities or from the southern Dravidian communities or to women? There was no answer. In view of the India-China border clashes, one would have expected to know if the People’s Liberation Army had crossed into Indian land and how deep. That information is not available with any clarity. When the international media started talking about snooping by the spyware, Pegasus, citizens wanted to know if the government had authorized the Israel-based firm to mount surveillance on private individuals. The answer is not known to citizens yet. Media reports say that the Sabarmati Ashram is to be renovated and made into a world-class tourist destination. On discussing with the trustees of the ashram, this writer was told that they do not have a clear idea of what is involved in the plans. Again a question without a clear answer. In the gruesome killings at Lakhimpur Kheri in Uttar Pradesh, did the police think of it as a case of murder to be treated under the Indian Penal Code? Why were the suspected killers not arrested immediately? Why were political leaders detained without disclosing the reasons for their detention? These questions were in the minds of not just the citizens of India but even of the highest court of the country. Yet, no clear answers could be elicited.

Recently, two instances of drug-trafficking and consumption shot into news, one involving a few grammes of a narcotic and the other nearly three thousand kilogrammes. Why the incident in Bombay received so much attention as opposed to the one in Mundra port is a question that is not likely to be answered. In normal times, the government is expected to answer these questions inside Parliament as well as outside. However, if Parliament is transformed into a space where the term, ‘interpellation’, is no longer respected as part of its constitutional duty, it cannot be expected to satisfy citizens’ quest to know the answers. The last session of Parliament had practically ruled out the ‘question hour’ and Opposition benches had to literally struggle to get at least half an hour every day for questions. If elections — they cost so much to the country and to the taxpayers and take so much of the media’s time and the nation’s attention — do not ultimately result in a means of generating well-informed debates and providing answers, the form of the government that we have today calls for a name other than democracy.

In democratic countries, the media are expected to flag issues of interest, seek answers, and form perspectives around them and orient people’s response to the functioning of public representatives. Barring several courageous individuals and a few honourable media organizations, the electronic and print media in India have clearly moved far away from this age-old media dharma. The symptoms of the abdication of their duty are too well-known for me to list them here. The causes of this condition that require our attention. Independent media require financial independence for media houses. The costs involved are so high that it is no longer possible in our time to even dream, let alone think, of a financially self-sufficient media. Gone are the times when the print media was ruled by the editorial and opinion desks. For more than half a century now, they are being run by media companies or business houses. At this juncture of a fierce war between social media platforms and the print industry, to keep a print media venture afloat is close to a financial miracle. If, on top of the acute financial uncertainty made worse by the worldwide pandemic, there is the fear of intimidation of media workers and the trolling of opinion writers, it is not surprising that the media like to fend for their own safety. Electronic media ventures are costlier and, for the same reasons, tend to plunge more willingly for their own safety. Although one may not like the idea, the catch-phrase in financial markets is ‘the media and entertainment industry’, used to describe a rapidly growing combination of cinema, video games, entertainment, print and electronic media.

There is the rather naive hope that if the constitutional democratic fora and the media no longer can play their traditionally defined roles, the social media — on the fingertips of citizens — will salvage democracies from the current aberrations. However, these generate chaotic noise rather than well-searched information. Surrounded by so much noise, we live in an era without conversation, a political arrangement that can probably be called the ‘No-question Regime’.