Advertisement
Home / Opinion / Our broken republic: Attacks on Muslims and Dalits have grown alarmingly since 2014 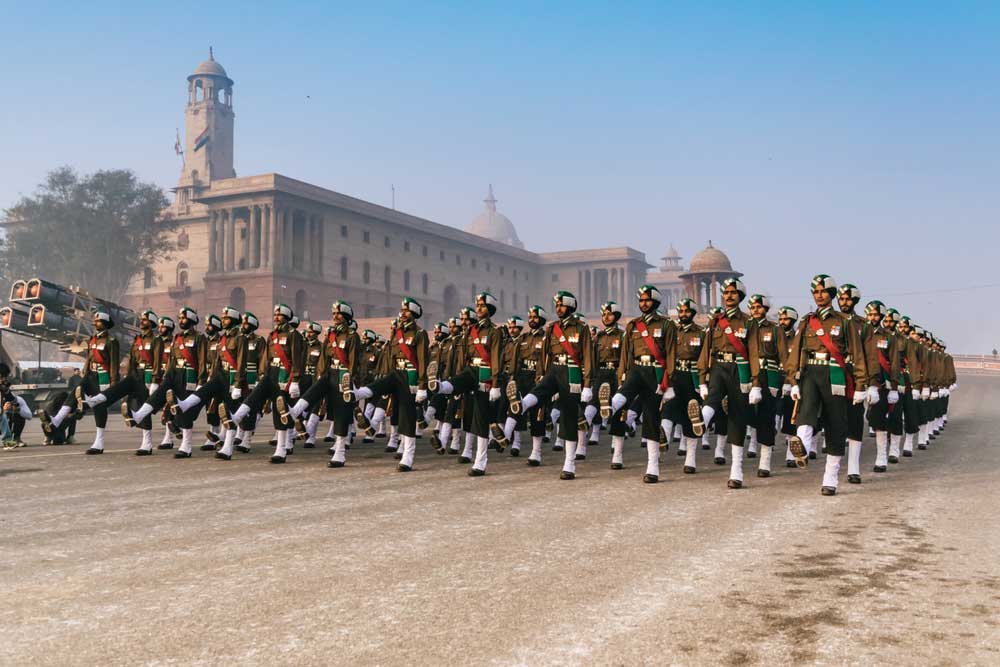 File photo (January 2018) of rehearsal activities on Rajpath for the Republic Day parade in New Delhi. No less than a Union minister had publicly felicitated men convicted of lynching a Muslim trader. Naturally, the men in uniform have taken a cue from their masters
(Shutterstock)
The Editorial Board   |   Published 23.01.19, 03:11 AM

Irony proliferates in the India that the Bharatiya Janata Party is striving to build earnestly. In 1950, this young republic had adopted a Constitution — the sacred foundation of the democracy — which, among other pledges, promises to uphold the principle of secularism. Nearly seven decades later, the Darul Uloom Deoband, a seminary, has been forced to issue an advisory to its Muslim students to avoid travelling on Republic Day. In case travel is unavoidable, the advisory has asked the students to undertake such precautions as avoiding arguments, exercising restraint and immediately returning to the institution on the completion of the business at hand. There is evidence to cite that such precautions are not unwarranted in New India. The seminary’s students have been assaulted in public places; on one occasion, the attack was perpetrated on Republic Day. The culprits remain at large. Attacks on minorities — Muslims and Dalits — resulting in deaths and injuries, have grown alarmingly since 2014. The vigilantes come in various garbs: gau rakshaks, patrons of Hindutva as well as caste dispensations. A young boy, travelling to shop for Eid, had been stabbed to death in a train by goons who, reportedly, objected to skull caps. What is common to these infractions is the pliant response of the State. No less than a Union minister had publicly felicitated a group of men who had been convicted of lynching a Muslim trader in Jharkhand. Naturally, the men in uniform have taken a cue from their masters. Convictions in lynching cases remain sporadic, even though such deaths seem to have abated a bit. Perhaps the electoral reversals suffered by the BJP have compelled its leaders to keep these vigilantes on a tighter leash.

What the advisory reflects is the state of deep unease among India’s minorities. Caveats pertaining to the safety and the movement of a particular community on a day of national celebration are a matter of shame for an inclusive polity. This fear is worrying on another count. The sense of persecution is often instrumental in the inception of radicalism. The solemn state of affairs in Kashmir, where the spectre of fundamentalism is said to be on the rise, is a grim reminder of the risks posed by besiegement. Can there be a bigger blot on India’s commitment to pluralism and representativeness than the hauntings suffered by its own citizens?