Advertisement
Home / India / In little over a year, neighbour can’t stand neighbour in this UP cauldron

Life in the village of Yogesh Raj, district convenor of Bajrang Dal and main suspect in Monday's violence 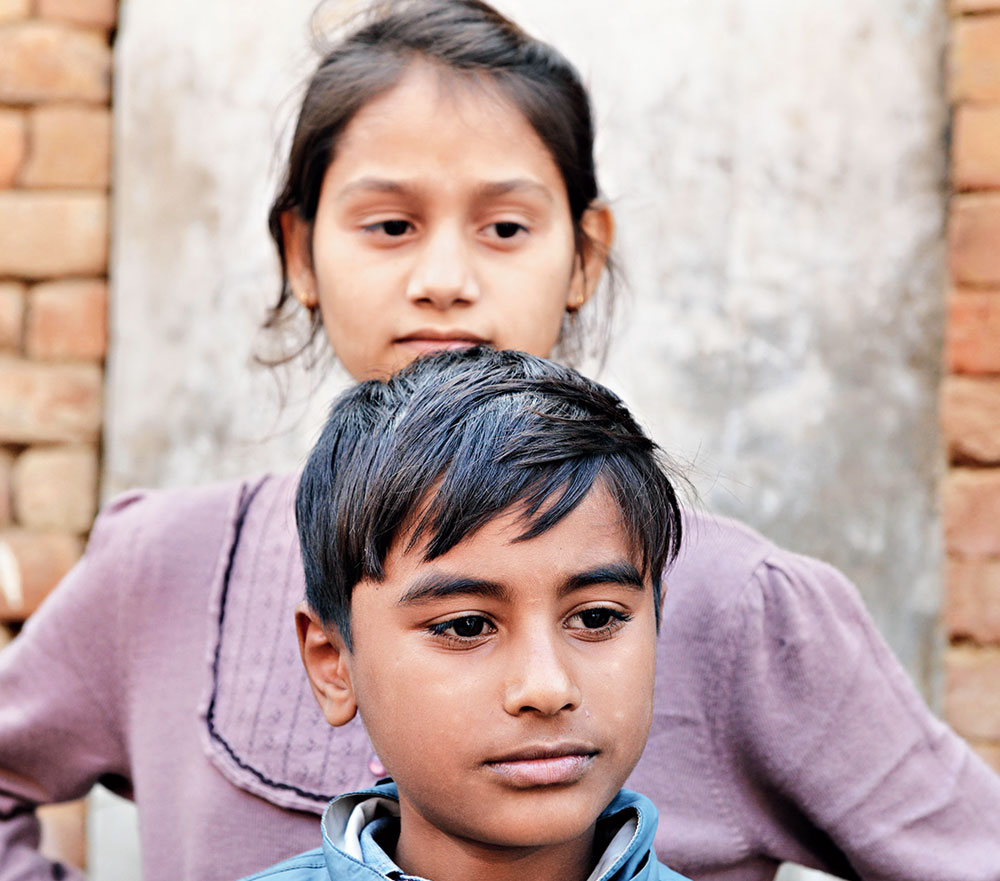 Nine-year-olds Fahad and Rana, best friends since their earliest memories, have stopped playing, visiting or talking to each other over the past one year.

Since they were toddlers, their parents recall, they had played games, shared meals, celebrated Id and Holi together and, once in a while, quarrelled too, as children do.

All that stopped in the middle of last year when Nayabans began to experience the divisive tugs that residents say have been pulling Hindus and Muslims apart in western Uttar Pradesh since Yogi Adityanath’s government assumed charge in March 2017.

“We used to be closer than we are today; we used to help each other. Now there is a distance. We’re all victims of politics,” said Rakesh Singh, a local farmer.

Nayabans, around 35km from Bulandshahr town, is a village with 2,500 voters, of whom 750 are Muslim. It is also home to Yogesh Raj, district convener of the Bajrang Dal and the main suspect in Monday’s violence that followed allegations of cow slaughter and took the lives of inspector Subodh Kumar Singh and student Sumit Kumar, 20.

While most Hindus in the village, like Rakesh, own farmland where they grow sugarcane, wheat and mustard, the Muslims are predominantly day labourers who work on those farms.

That employer-employee relation had for decades proved no bar to friendship. But now, the Muslims buy from groceries owned by Muslims and Hindus visit shops owned by fellow Hindus.

“Nowadays we talk only about work and payments — almost nothing else. All day-to-day interactions have stopped,” said Mohamad Akbar, a labourer.

He blamed it on the anti-Muslim rhetoric spouted by BJP leaders.

“The close social bonds of decades disappeared in a couple of months after Adityanath became chief minister. Our fellow Hindus now call us ‘Babar’s progeny’,” Akbar said. “The atmosphere has been poisoned.”

Yasmin Begum rued that for the first time this July, her Hindu neighbours did not visit her home during Id. Earlier, they would offer milk and fruits to the Muslim families during Ramazan.

“They have stopped talking and snapped all ties. Even my best friend and neighbour, Sujata, no longer visits me. Earlier, she would come every day,” she said.

Ram Shanker, 50, said the Muslims had become very assertive during the rule of Adityanath’s predecessor, Samajwadi Party chief Akhilesh Yadav. “I had a few Muslim friends but not any more. They haven’t as much patriotic feelings for this country as Hindus do: I realised it some months ago,” he said.

Shanker said he had joined the Bajrang Dal last year and had since then been very active, visiting nearby villages to “instil patriotism among the youths” and raise awareness about the dangers India faced from its neighbours, especially Pakistan.

“Only Hindus come to our programmes,” he said.

The Muslims said they were living in fear and that young men brandishing swords and firearms moved around the village and attended rallies organised by the Bajrang Dal.

“We shudder whenever we hear of communal violence anywhere in the country. Youths abuse Muslims during Bajrang Dal programmes, and we stay indoors during such rallies. Yogesh (now in hiding) used to lead these programmes,” a Muslim villager said, requesting anonymity.

Muskan, a Class IX student, said she was friends with three Hindu girls but “things are so hostile that we pass one another on the streets like strangers, without recognising each other”.

Suman, also a Class XI girl, acknowledged that she and other Hindu girls had stopped talking to their Muslim friends several months ago.

“We had been friends for a long time but suddenly they stopped coming to our homes. So we stopped talking to them. Our elders say the food they cook gives out smells and creates negative feelings,” she said.

Asked why this had never been an issue before, she replied: “We didn’t know about all this before.”

Several Muslim and Hindu villagers recalled how they once attended each other’s weddings and ate together. “There were no rules about what to eat. We celebrated Id and Holi together for years; now we don’t even say ‘hello’ to each other,” said Kalyan Malik.

Rana’s parents said that every Id, their son used to put on the traditional Muslim dress, gifted by Fahad’s parents. “Every Holi, Rana’s parents gifted Fahad clothes and colours to play with,” Fahad’s father recalled.

Both Class V boys looked despondent as they confessed they didn’t talk or play together any more. “Now I play cricket only with Muslim children,” said Fahad.

Rana said he did not know when he would be able to play with Fahad again. “He doesn’t come to our place,” he said.

“We lived in harmony; now we have become aliens,” said Ashok, a tea seller.